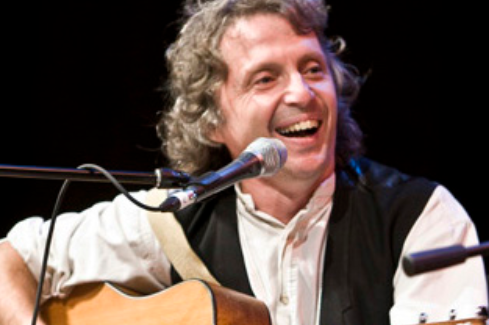 Each month we’ll feature a video from one of GAC’s musical members. If you’re a musician and have a video you’d like us to feature, please send a YouTube link our way along with a short bio.

This month, we share one from local singer-songwriter (and Ward 2 City Councillor) James Gordon. While continuing his work on City Council, James has also been staying on top of his artistic endeavours. He has been sharing “Two Tuesday Tunes at 2” weekly on Facebook Live, there are rumours of a forthcoming book, and he also found the time to release a new song, which we share with you today. The idea of ‘going back to normal’ hasn’t sat well with many people, and James shares his perspective in “Moving Up to Awesome”.

James Gordon has had a remarkably diverse 40-year career in the Canadian entertainment business. As a solo singer-songwriter and with the ground-breaking trio Tamarack, he has released over forty albums and has toured relentlessly around the world. Gordon has their written for symphony orchestras, musical theatre and dance works, film scores, and for more than ten years was heard on CBC radio as songwriter-in-residence for the ‘Basic Black’ and ‘Ontario Morning’ programs.

Visit James Gordon’s website to learn more about the vast array of projects he’s been involved with over the years, and don’t forget to visit Bandcamp next Friday (June 5th) to purchase music from James as well as your other favourite artists. As we mentioned last month, during the current pandemic, Bandcamp has announced that they will be forgoing share of artist sales on the first Friday of June and July (3rd), so you will be further supporting the artists with your purchases on these days.

And now, Mr. Gordon’s latest, “Moving Up to Awesome”

Embrace uncertainty with improv
Jun 20, 2020 1:21 PM
Comments
We welcome your feedback and encourage you to share your thoughts. We ask that you be respectful of others and their points of view, refrain from personal attacks and stay on topic. To learn about our commenting policies and how we moderate, please read our Community Guidelines.