Binge eating disorder can be difficult to diagnose and cope with
May 24, 2019 8:55 PM By: Global News 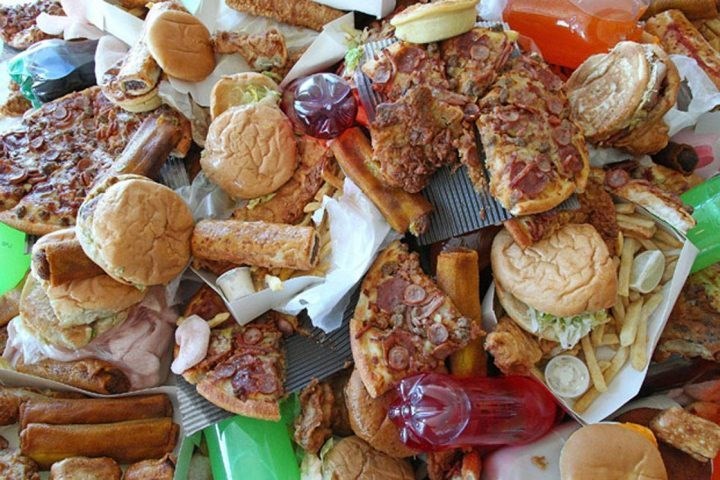 Natalie Gold combatted binge eating disorder for years due to parental bullying, but now at 73 she hosts private support groups for others suffering with the illness.

In a report by the National Eating Disorders Association (NEDA), binge eating disorder is a life-threatening eating disorder where people recurrently eat large quantities of food. The NEDA wrote that it affects 3.5 per cent of women, two per cent of men, and up to 1.6 per cent of adolescents.

“It can be extremely debilitating socially, emotionally, physically and sexually. It affects every area of life and has an enormous amount of shame,” Gold told Global News.

Gold has been in recovery for years but said most of her life was spent not knowing what was wrong or why she was addicted to food.

She recalled binging as early as 10-years-old.

She explained it started as an act of rebellion, but she soon became hooked on sugar.

“I started stealing and sneaking food in private and the quantities got increasingly larger. I couldn’t stop myself,” said Gold.

Gold said due to her binging, her life continued on a downward spiral.

The author explained that most people don’t know they have binge eating disorder because their attention is on their weight or obesity, which he said affects 80 to 90 per cent of people with the illness.

“Anorexia has been around for 400 years in medical literature, and anorexics generally end up in treatment because it’s obvious they’re sick and those around them force them into care,” he said.

In Gold’s case, she said by the time she entered high school she saw herself as ‘fat’ and ‘ugly.’ Her weight had increased, her grades dropped and she said her mother became her biggest bully.

“She would say, ‘How could you go out looking like that?'” Gold recalled.

“She didn’t understand why I couldn’t stay on a diet and lose weight, but quite frankly neither did I.”

Gold said she lost control and attempted suicide when she was 17 due to depression and self-hate.

“I couldn’t stand my life anymore, so that’s how bad it got,” she said.

Deborah Berlin-Romalis is executive director at Sheena’s Place, a Toronto charity where people with eating disorders can come together in groups to share experiences and learn coping strategies.

She said when helping someone experiencing binge eating disorder it’s their job to understand the vulnerability of the person, as well as any psychological events that may have happened during puberty.

“Family can be a place that magnifies the cultural pressure of thinness and the stigma against being overweight or clinically obese,” Berlin-Romalis told Global News.

Kaplan explained that both genes and environment play a role and that a complex number of factors cause binge eating disorder.

“If a parent is continually bullying a child, abusing a child, trying to starve the child or put them on a diet that’s unhelpful and will likely lead to a fallen self-esteem,” he said.

At 20, Gold said she had a mental breakdown. This caused her to drop out of university and check into the Clarke Institute of Psychiatry, which is now known as CAMH, for 10 months.

“The hospital did set me on a different path. It gave me permission to live a little more independently from my parents,” she said.

“I was emotionally dependent on their approval even though it was never going to come.”

Despite recognizing the root of her problem, Gold still didn’t receive help for her eating disorder. It worsened throughout her 20s and early-30s, and she developed a pattern of restricting and binging on food.

“I wasn’t feeling. Anything I did feel was a cue or trigger to eat. I was so out of touch with my body,” she said.

Kaplan said people suffering from binge eating disorder are ashamed of their behaviour, which affects their quality of life. He explained that there needs to be more public and professional education in order to make a difference.

“I would venture to say your average psychiatrist doesn’t know very much about it,” he said. “But if you start cognitive therapy the studies show that people can become abstinent within six months.”

Gold said she received help at 35 after seeing a TV commercial about binge eating disorder. She joined a 12-step program that diagnosed and treated her addiction.

“When I saw that other people were doing things with food just like I was that really changed things for me,” she said.

Berlin-Romalis confirmed it helps to have peers involved in the support and recovery of eating disorders.

“When people experience binge eating disorder they withdraw and isolate. This is really a part of what we believe is the therapeutic process of bringing people out into a setting where they can join with other people who understand their experience,” she said.

The university graduate said she wanted a space where people could talk to others that are dealing with similar issues.

“It’s just me here. I’m not an organization just a private therapist. I’m not a nutritionist or dietician, but by the time they’ve come to one of my groups they have already read everything,” she said.

Berlin-Romalis said that there are a lot of dieticians who aren’t experienced in eating disorders and can often destigmatize people who are trying to get help.

“People really need to meet with trained professionals who aren’t going to simply say to them, ‘You need to lose weight,'” said Berlin-Romalis.

Gold, who has since written a book documenting her life experiences called Binge Crazy, said that conducting support groups has been helpful in her own recovery process.

“It’s a privilege to do it and I feel honoured sometimes that people trust me enough,” she said.