BEYOND LOCAL: Typical grillin' picks may have a negative impact on your body and the environment 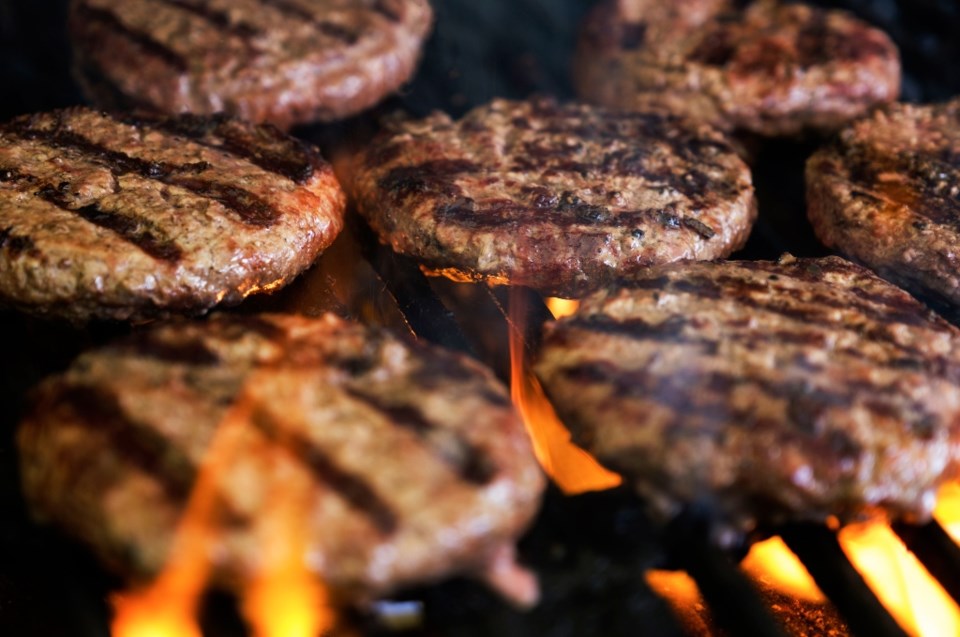 The warm weather is finally here, and with it comes barbecue season.

But before you get to grilling, it’s important to know that your typical picks — like hamburgers, hot dogs and sausages — may impact your health and the environment at large.

Not only is the meat bad for you, but producing it is also bad for the earth.

According to the Food and Agriculture Organization of the United Nations (FAO), livestock account for nearly 15 per cent of all human-induced emissions, which contribute to climate change.

“Industrial agriculture, but, in particular, the industrial production of animal protein… has some pretty serious environmental consequences,” said Tony Winson, a professor of sociology and anthropology at the University of Guelph.

For example, the use of pesticides and chemical fertilizers in the manure and other animal byproducts damages the ocean and, in effect, other animals.

“That ends up in river systems, and those rivers go to the ocean,” he said.

According to Winson, this contributes to “dead zones” in the ocean.

“We now have over 400 known dead zones in the ocean where, part of the year, nothing lives and everything dies,” said Winson.

A new study released on Monday estimates that this year, the dead zone in the Gulf of Mexico will spread for around 8,000 square miles.

“Mass amounts of nutrients flooding into the ocean creates a bloom of life, which depletes the oxygen and then everything dies,” Winson said.

While choosing a plant-based option for your next cookout can feel like just one drop in the bucket, Winson says making the effort is critical.

Kerry Bowman, a professor of bioethics at the University of Toronto, agrees.

“When individuals become collective, they can do a lot of good,” he said.

According to Bowman, eating ethically means actively considering the moral consequences of the food choices you make and striving to make better ones.

“I think the amount of good that could come out of ethical choices with food is unbelievably powerful,” said Bowman.

“It matters in terms of the integrity of the life you’re leading and the quality of who you are as a person, which has a deep, deep meaning.”

For Bowman, it’s crucial that consumers do the research themselves so they understand what makes one choice better than another.

“People need to inform themselves… When people begin to really get organized, it could really redirect a lot of environmental and animal welfare concerns,” he said.

“It can be tough in terms of making ethical choices, but there are some local things: shop locally, eat less or even no meat. Look for sustainable fish. Reduce food waste.”

Eating less meat can have health benefits, too.

“One of the big reasons dietitians and the new food guide is promoting plant-based options over meat-based proteins is that they are higher in fibre and lower in the unhealthy, saturated fat,” said dietitian Heidi Murphy, who works with Loblaws in St. John’s, N.L.

According to Murphy, there are some easy changes you can make to eat more ethically this barbecue season (and beyond).

If you can’t part with meat…

There are things you can look for to ensure the meat you’re buying is as ethical as possible.

As outlined by the British Columbia SPCA, there are some label markings you should pay attention.

The best are third-party certifications, which verify that the animal you’re buying was raised to a “higher standard of animal welfare than what is commonly done in the farming industry.”

Some other terms, such as “cage-free” and “free run,” are not third-party certifications. However, they, too, imply higher animal welfare standards.

Labels you should avoid include terms like “enriched colony,” “comfort coop,” “animal-friendly” and “country fresh.” These are often used to imply welfare benefits, but no changes are made to the typical farming environment.

With regards to what’s healthiest, try to find the least processed option.

“Things like sausages and hot dogs tend to be higher in unhealthy fats and sodium,” said Murphy.

You should also avoid things like canned meat, lunchmeats and bacon.

“There are endless to choose from,” said Murphy, including Beyond Meat, Amy’s Kitchen, Wholly Veggies, Sol Cuisine and more.

“You could go as far as making yourself (something) like a black bean and sweet potato burger… but there are also endless options if you want to buy them pre-made.”

When buying plant-based burgers, Murphy looks for soy and pea ingredients because they have a higher protein content.

Some of the new plant-based options still have high amounts of sodium so it’s important to read the package closely.

“Even if you’re replacing your traditional hot dog with a plant-based burger, it’s more than likely that you will be choosing the low-sodium option… It’s just about being conscientious,” she said.

Switch it out for a veggie

Vegetables are great for your diet, providing high amounts of fibre and other nutrients. They can make a great substitute or a healthy side dish.

“Portobello mushrooms are always a really great alternative to a burger,” Murphy said.

“They’re large… and they have that meaty texture.”

According to Murphy, more people are focused on shopping locally — which is great — but seeking out seasonal options is also crucial.

“We do know that seasonal vegetables have lower greenhouse gas emissions,” she said.

“There are endless options across the country, depending on whatever province you’re in.”

CANADA: Minds behind pandemic predicting algorithm already thinking about future beyond COVID-19
May 25, 2020 10:20 AM
Comments
We welcome your feedback and encourage you to share your thoughts. We ask that you be respectful of others and their points of view, refrain from personal attacks and stay on topic. To learn about our commenting policies and how we moderate, please read our Community Guidelines.