BEYOND LOCAL: Why some women are afraid to run in public

A recent survey found that 67 per cent of women reported feeling at least 'sometimes concerned' that they would be physically assaulted while running
0
Oct 19, 2019 8:55 PM By: Global News 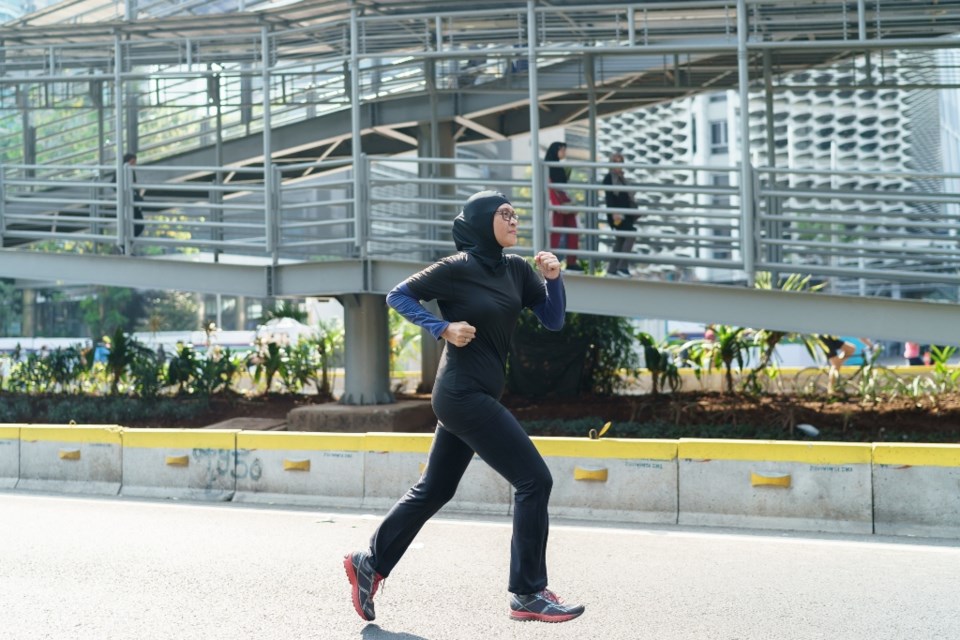 Kate started running when she was 18 years old.

Global News has agreed to withhold her last name to protect anonymity.

The Newmarket, Ont. resident first picked up the hobby during university because she couldn’t afford the gym. However, she quickly realized, that as a woman, running probably wasn’t her safest option.

“I was harassed the first time and every time I went running,” Kate, now 27, told Global News. “I always felt unsafe and uncomfortable.”

One time, a strange man followed her. “I was being cat-called and followed… I was fearful for my life,” she said.

Kate used to enjoy trail running, but after that incident, the isolated routes made her nervous. She started to run on sidewalks only, and exclusively during the day for added safety.

“I thought [running trails] would be beneficial for my mental health, but after just a few runs, I didn’t feel safe,” she said.

The switch barely made any difference. “I started street running, but the harassment continued,” Kate said.

“I tried to run at times when I thought there might not be as many people out, but that’s hard to nail down. I tried taking the bus away from the university [campus] and running in a more residential area … turns out, it’s not just university men that cat-call.”

Eventually, Kate got a gym membership instead.

“I gave up running altogether because I felt like I couldn’t run a few feet without someone saying something to me,” she said.

“I found it impossible to find a time of day I felt safe leaving my house.”

Unfortunately, Kate’s experience is all too common.

A recent survey conducted by Runner’s World found that 67 per cent of women reported feeling at least “sometimes concerned” that they would be physically assaulted while running. And 16 per cent said that, at one point or another, they’ve actually feared for their lives.

Researchers surveyed more than 5,000 people, 83 per cent of whom were women. However, street harassment isn’t exclusive to runners.

Just like all forms of gender-based violence, women, trans and non-binary people are most likely to experience street harassment, according to Andrea Gunraj. She’s the vice president of public engagement at the Canadian Women’s Foundation.

“This unwanted attention can happen on the street, but it can also happen in other publicly accessed spaces like parks, parking garages and malls,” she said.

“Women report feeling more unsafe in these public spaces and experiencing sexual harassment at high rates — it’s often woven into their day-to-day experiences and impacts their behaviours, ability to participate in public life and feelings of belonging.”

Gunraj notes that these experiences will vary depending on a person’s race, sexuality and socioeconomic status. “For instance, we know women with disabilities face very elevated levels of sexual assault and harassment,” she said.

In anticipation of being harassed, victims will often modify their behaviours to avoid it.

“Safety concerns and past experiences of harassment can make someone feel like they can’t participate in everything they want to and essentially deny them real access to the public spaces we should all be able to be in at any time of the day or night,” Gunraj said.

For example, Kate started running at different times of the day and in different areas to see if she could avoid confrontation.

According to Kathleen Martin Ginis, this can ruin the outdoor running experience. She’s an expert in physical activity behaviour and the director of the Faculty of Medicine Centre for Chronic Disease Prevention and Management at the University of British Columbia.

“The anxiety and fear in the back of a woman’s mind, while she is running, [can] detract from the positive psychological benefits,” she said.

A runner herself, Martin Ginis has experienced firsthand the fear of realizing she’s alone on a wooded trail. She recalls that it completely distracted her from the beauty of the nature around her and the run overall — an activity that usually makes her feel good, both physically and mentally.

Being objectified by others is another way that the psychological benefits of running outdoors can be diminished.

“When women are objectified by others, it leads them to self-objectify,” said Matin Ginis.

“The self-objectification leads to negative feelings toward our bodies and ourselves. It also detracts from the positive psychological states we experience when running: feelings of … pleasure, enjoyment of our surroundings [and more].

The need for safer public places

Due to the many implications street harassment can have for runners and women more generally, there is growing conversation about how public spaces need to be created with gender in mind.

In Gunraj’s view, decision-makers and political leaders need to prioritize “open doors for the… groups vulnerable to this harassment” so they can share their experiences and be part of the space planning.

“We need to design and maintain public spaces to be safer for those with the highest safety concerns,” she said. “[Space planners] need to pay attention to the best practices in gender-friendly design.”

Safety audits led by women have result in “changes to policies, practices and design features in public spaces, such as better lighting and signage,” said Gunraj. “This … needs to become standard practice in Canada.”

The focus of these conversations, says Stephanie Coen, needs to shift away from “individual women’s capacity to cope” and towards re-imagining public spaces altogether. She’s an assistant professor of geography at the University of Nottingham.

“How can we change the environments of the places where we endeavour to be active to make them more welcoming, more inclusive, more accessible and safer for a diversity of users?” she said.

How to make your run safer

While the onus shouldn’t be on women, trans and non-binary people to protect themselves from harassment, there are some ways you can make your run safer.

Lydia Di Francesco is a personal trainer and CEO at Fit + Healthy 365 in Ottawa, Ont. Here, she outlines some safety tips for your next outdoor run.