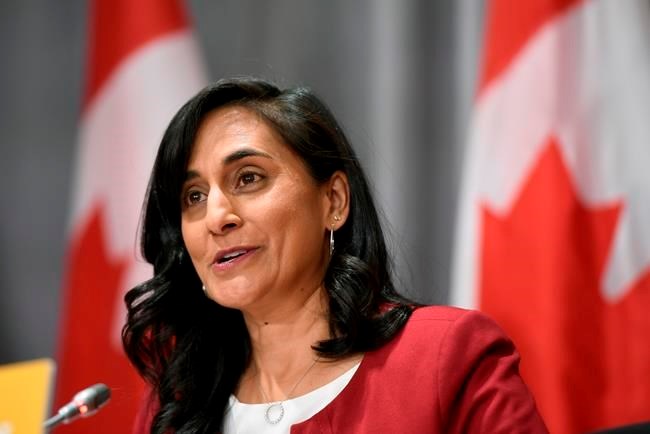 OTTAWA — Health Canada has given the green light to a rapid test for COVID-19.

The department posted news of the approval of the Abbott Diagnostics ID Now test this afternoon, a day after the government said it had a deal to buy nearly eight million of the tests from the company.

The test has been in use in the United States for several months already.

Abbott's website says the test can produce results in less than 13 minutes in the same place a nasal swab is taken from a patient.

On Tuesday, Procurement Minister Anita Anand said the federal government had signed a deal with Abbott to buy 7.9 million of the test kits, including the swabs and reagents needed, and 3,800 of the toaster-sized analysis units that process the results.

The deal was conditional on Health Canada's approving the tests, which it has done today.

Health Canada has emergency authority to quickly approve tests for COVID-19 and has been under increasing pressure to allow the use of rapid testing in Canada as cases surge and Canadians are sometimes waiting days to get their test results.

This report by The Canadian Press was first published Sept. 30, 2020.

ONTARIO: Lawyers for accused in human-trafficking case ask to be paid through seized funds
Oct 30, 2020 2:10 PM

BEYOND LOCAL: Why breast cancer awareness is not enough
Oct 30, 2020 9:25 AM
Comments
We welcome your feedback and encourage you to share your thoughts. We ask that you be respectful of others and their points of view, refrain from personal attacks and stay on topic. To learn about our commenting policies and how we moderate, please read our Community Guidelines.