Figures show that approvals for immigration applications fell by about three-quarters from the months before the country shut down to slow the spread of the novel coronavirus and after
Nov 20, 2020 4:20 PM By: Canadian Press 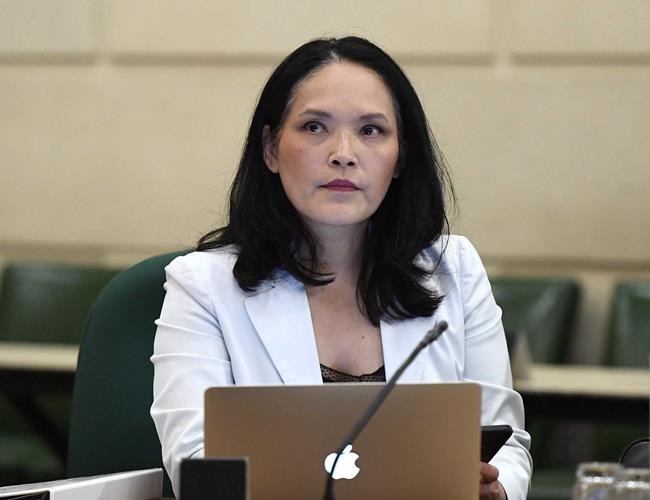 OTTAWA — New data is painting a stark picture of how the marked slowdown of the immigration system due to the COVID-19 pandemic has affected thousands of lives.

The figures show that approvals for immigration applications fell by about three-quarters from the months before the country shut down to slow the spread of the novel coronavirus and after.

If there's no change to processing soon, said NDP MP Jenny Kwan, a backlog is going to build that will take years to clear, leaving families split and new workers unable to come to the country.

And in turn, that will put the Liberals' much-hyped plan to welcome 401,000 new permanent residents next year in serious jeopardy, she said.

"To suggest that somehow these levels numbers will become reality, they are absolutely being delusional with those targets," she said.

The data was tabled in the House of Commons in request to a question from Kwan. It shows that between January and March 15, 81,963 people had temporary or permanent resident applications approved.

At the same time, the number of extensions given to people with existing permits skyrocketed: between January to March 15, 20,080 study permits were extended, and in the subsequent months 111,595 extensions were approved. Extensions for work permits and temporary visas also jumped.

The fact that so many extensions are being granted while new applications are piling up needs to be addressed, Kwan said.

"I'm calling on the minister and strongly urging the minister to bring in a special COVID measure that will provide extensions, without further requirements from the applicants to have to renew," she said.

If the government made extensions automatic, department staff could turn to processing new ones and avoid what could be a massive backlog that may take years to get through, Kwan said.

The data shows one appears to be building: in January, the department had an inventory of 405,375 cases and by the end of August that stood at 439,526.

Families are among those most dramatically impacted as their applications can't be submitted online, Kwan pointed out.

The data shows that only 163 applications for family sponsorship were submitted between March 15 and the end of August. Kwan said that suggests files are likely piling up in mailrooms with no staff available to open them, so the real backlog could be much bigger.

In its response package to Kwan, the Immigration Department noted that at the outset of the pandemic, its staffing capacity fell to 38 per cent.

Most government operations ground to a halt as civil servants across the country were sent home, and overseas, many consular posts closed up shop.

The department said that as of the end of September, it was at 90 per cent capacity, including those still working remotely.

In announcing the government's immigration plan for next year, federal Immigration Minister Marco Mendicino said work is underway to bolster the system.

"And we are ensuring that we have the flexibility in our processes to ensure that there is a faster more expeditious outcome for people who want to come to Canada."

This report by The Canadian Press was first published Nov. 20, 2020.