COVID-19: Here's why you are having trouble concentrating during the pandemic

Why do so many students say they have a hard time studying? Recent advances in cognitive sciences have found some answers
Jun 30, 2020 8:55 PM By: The Conversation 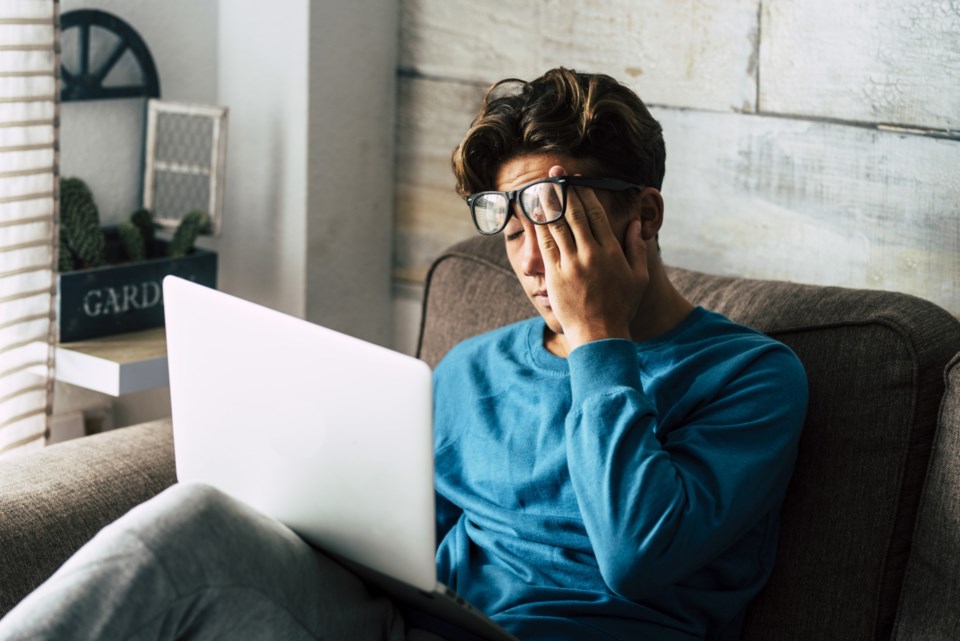 This article, written by Béatrice Pudelko, Université TÉLUQ, originally appeared on The Conversation and has been republished here with permission:

Fear, anxiety, worry, lack of motivation and difficulty concentrating — students cite all sorts of reasons for opposing distance learning. But are these excuses or real concerns? What does science say?

At the beginning of the pandemic, when universities and CEGEPs, Québec’s junior colleges, were putting in place scenarios to continue teaching at a distance, students expressed their opposition by noting that the context was “not conducive to learning.”

Teachers also felt that the students were “simply not willing to continue learning in such conditions.” A variety of negative emotions were reported in opinion columns, letters and surveys. A petition was even circulated calling for a suspension of the winter session, which Education Minister Jean-François Roberge refused.

Students are not the only ones who have difficulty concentrating on intellectual tasks. In a column published in La Presse, Chantal Guy says that like many of her colleagues, she can’t devote herself to in-depth reading.

“After a few pages, my mind wanders and just wants to go check out Dr. Arruda’s damn curve,” Guy wrote, referring to Horacio Arruda, the province’s public health director. In short: “It’s not the time that’s lacking in reading, it’s the concentration,” she said. “People don’t have the head for that.”

Why do students feel they don’t have the ability for studies? Recent advances in cognitive science provide insights into the links between negative emotions and cognition in tasks that require sustained intellectual investment.

A question of the amygdala

“The heart has its reasons which reason knows not.” This sentence from 17th-century philosopher Blaise Pascal sums up well the way in which western science has long separated the emotions of the “hot” universe from those of the “cold” universe in human rationality.

Walter Cannon’s physiological research has provided a first explanation of how emotions, especially negative emotions, take over our minds. He showed that emotion is a physiological warning system in the body, activating several structures below the cerebral cortex.

One of these structures, the amygdala, is now proving to be particularly important. The amygdala is rapidly activated in the face of threatening stimuli and allows us to learn to be wary of them. Faced with what could be a snake hidden among the branches, an animal will awaken its senses, alert its muscles and react quickly, without having the luxury of analyzing whether the slender shape is a snake or a stick.

In humans, the amygdala activates quickly and automatically in response to social stimuli loaded with negative emotions. Neuroscience research shows that people are not only highly sensitive to the emotional charge of their perceptions but they are also unable to ignore it.

For example, the emotions aroused by the sight of a snake in the grass or an untrustworthy political figure can capture our attention in spite of ourselves.

One might object that for many people, fortunately, COVID-19 does not pose the same kind of threat as a snake encountered in the undergrowth. Our social systems provide us with protections that are previously unimaginable and we are much better prepared to deal with crisis situations.

And, learning situations established by educational institutions — whether in-person classes or online classes — always require that students focus their attention and consciously control their thoughts. As teachers know from experience, a great challenge while leading any lesson is keeping the attention of all students by ensuring that they remain focused on the activity at hand.

The cognitive psychologist Daniel Kahneman, a Nobel Prize winner in 2002, was among the first to propose that attention is a limited cognitive resource and that some cognitive processes require more attention than others. This is particularly the case for activities involving the conscious control of cognitive processes (such as reading or writing academic papers), involving what Kahneman calls “System 2” thinking. That requires attention and mental energy.

Limited attention capacity is also at the heart of the theories proposing that conscious and controlled cognitive processes are carried out in working memory, which is compared to a mental space capable of processing a limited amount of new information.

In working memory, attention acts as a supervisor of cognitive resource allocation and a controller of action execution. The brain circuits associated with working memory and executive functions are those of the prefrontal cortex.

When emotion eats at attention

Researchers have long believed that the processing of emotions through the amygdala does not depend on the attention resources of working memory. However, evidence is accumulating in favour of the opposite hypothesis, indicating that the circuits connecting the amygdala and the prefrontal cortex play an important role in discriminating between relevant and irrelevant information for the current activity.

For example, emotional stimuli were found to interfere with the performance of a working memory task especially since they were not very relevant to the task. Furthermore, as the cognitive load associated with the task increased (for example, when the task required more cognitive resources), the interference of emotional stimuli not relevant to the task also increased. Thus, it would appear that the more a task requires cognitive effort and concentration, the more easily we are distracted.

Much of the extensive research on anxiety by psychologist Michael Eysenck and colleagues supports this view. They show that people who are anxious prefer to focus their attention on stimuli associated with the threat, unrelated to the task at hand. These stimuli may be internal (worrisome thoughts) or external (images perceived as threatening).

This is also the case with worry as the repeated experience of seemingly uncontrollable thoughts about possible negative events. Both anxiety and worry eat up the attention and cognitive resources of working memory, resulting in decreased cognitive performance, especially for complex tasks.

Other research indicates that feelings of mental fatigue increase when performing a task while trying not to respond to outside demands. It has been suggested that mental fatigue is a particular emotion that tells us that our mental resources are being depleted.

Overall, this research suggests that we are depleting our attention resources to avoid paying attention to irrelevant, but emotionally charged information! It is now better understood why it is so difficult — and exhausting — to avoid checking one’s email while reading a scientific text, to switch from email to Facebook and from Facebook to COVID-19 news coverage, when we are concerned about the curve or death toll in seniors’ homes.

Emotion and cognition are inseparable

Research in cognitive sciences today confirms what we know intuitively: studying requires attention, time and availability of mind. This research shows that cognitive and emotional processes are so intertwined in the brain that, for some researchers, such as Antonio Damasio, no thought is possible without emotion.

Not surprisingly, then, in a context full of messages about the dangers of the pandemic, students find it difficult to focus sustainably on their studies and most seem to lack quality time for reading or writing.

CANADA: Man who rammed gate near Trudeau residence with truck faces multiple charges
Jul 3, 2020 11:32 AM
Comments
We welcome your feedback and encourage you to share your thoughts. We ask that you be respectful of others and their points of view, refrain from personal attacks and stay on topic. To learn about our commenting policies and how we moderate, please read our Community Guidelines.