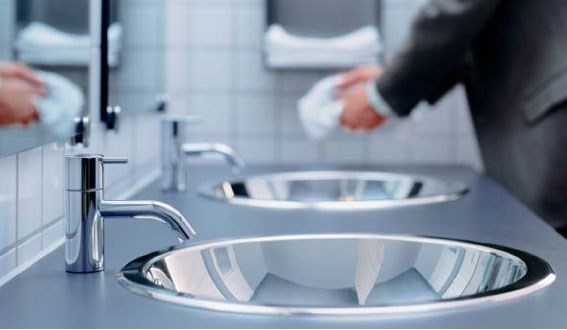 Even as Ontario and the rest of the country slowly reopens, the issue of washroom access is laid bare, showing the gaps between those who have a readily available place to relieve themselves and those who don't.

Edith Wilson is a Master's of Sociology student from the University of Guelph whose research was on washrooms for 'customers-only' rules in Toronto. She appeared on the Mike Farwell Show on 570 NEWS and says our public bathroom infrastructure was underfunded and underwhelming even before the pandemic.

Public bathrooms, in this case, are ones in public buildings like libraries, rinks, community centres, parks and other places that aren't subject to customer-only rules.

"It's a matter of dignity for everyone to have enough public washrooms available, but unfortunately that's not the situation, which is just a real shame," she said.

She says the situation is worse now under the pandemic as public washrooms were closed from the public. Many locations people have relied on for a substitute for public washrooms, like coffee shops or other private building washrooms, are also closed off to the public too.

"It also ends up harming people who are living with homelessness, or who are otherwise out on the streets more often, and they just can't find anywhere to go," Wilson said. She lists off pregnant women, children and the elderly as others who would also benefit from having a readily available public washroom.

"When you think about who is allowed, or who feels comfortable to be in public space, right? Having a washroom is a big part of that. I don't really think that any of us like to pee outside."

Wilson says her ideal scenario would be a small pod of washrooms every few blocks on a city street, and that the ones in parks are properly staffed to ensure they are maintained and operational, rather than letting it fall into disrepair. People should be reaching out to their elected officials about these issues, she said.

"It's a matter of investment. It's a matter of making that a priority in the budget because obviously we don't have that infrastructure now, so adding it would cost some money, but it's well worth it to make people more comfortable."

About the Author: Phi Doan

COVID-19: Done properly, night curfews can be helpful in curbing coronavirus outbreaks, experts say
Aug 10, 2020 9:25 AM
Comments
We welcome your feedback and encourage you to share your thoughts. We ask that you be respectful of others and their points of view, refrain from personal attacks and stay on topic. To learn about our commenting policies and how we moderate, please read our Community Guidelines.