ONTARIO: Filmmakers fight back with petition after city bans their fake snow

Without fake snow, it's unclear how filmmakers will be able to make North Bay look Christmassy in the summer
0
Nov 5, 2018 10:16 AM By: Chris Dawson 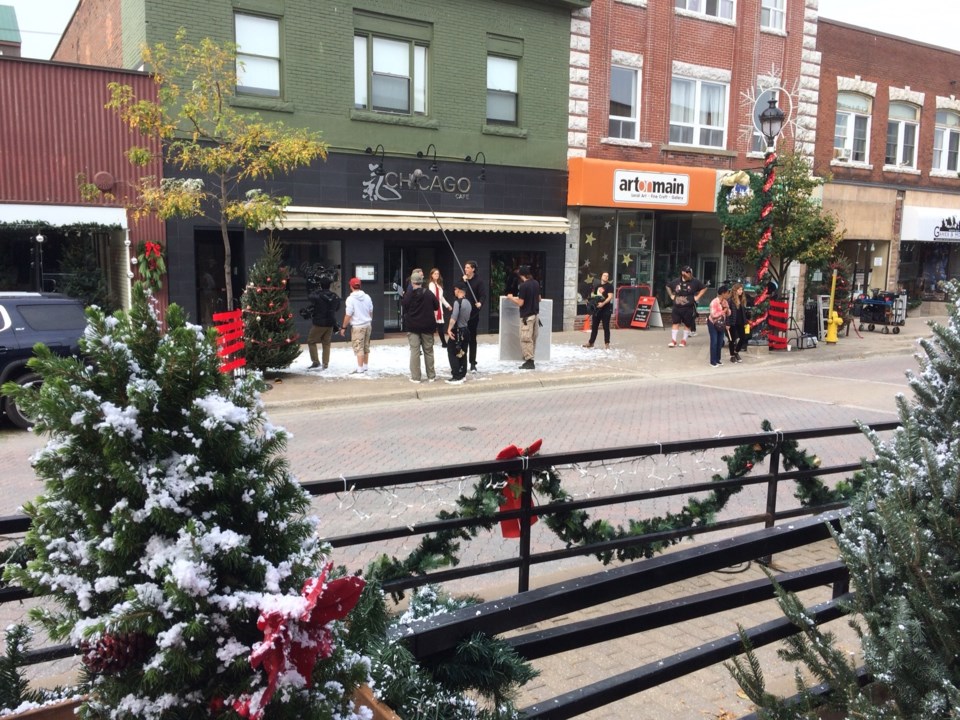 NORTH BAY - A reported ban of Phos-Chek, a substance used by the film industry to create fake snow has created a storm of concern across the community.

The product, which is considered benign and has been tested and utilized by forest services to battle forest fires, can no longer be used in the City of North Bay, according to the new 2018-19 City of North Bay Production Guide.

The product has been used for a number of film projects in the North Bay area, most prominently along main street in downtown North Bay.

Daralynn D’Angelo, who has worked on a number of film projects in the area, has started a petition under the name “Film Making Enthusiasts of North Bay” to battle the decision.

By Monday morning she had more than 680 signatures on the petition which was started on the weekend.

“The suspension of this substance will have a major negative economic effect on the City of North Bay as many productions have been planned that will possibly move to other locations in Northern Ontario,” stated D’Angelo on her petition.

Newly re-elected city councillor Mike Anthony noticed the concern over social media on the weekend and he is looking into it.

“I have already reached out to city staff to learn more about this and to find a solution,” said Anthony via an email to BayToday.ca.

Last fall, Luc Penning, who was responsible for the snow making during the filming of Hallmark's Angel Falls project, told BayToday.ca all about the Phos-Chek foam.

"What we're using is approved by the MNR to fight forest fires, do fire suppression. The product is called Phos-Chek and it's approved for lakes and rivers where forest fires happen," he told BayToday.ca.

Penning says they created a foaming system to adapt it to a movie set instead of dropping it from an aircraft to fight fires, and this one is the only one in use in northern Ontario.

"It's foam," adds Penning," but the trick is on camera it feels like snow especially as we get into colder conditions it actually hardens and when the actors are walking on it, it actually sounds they are walking across snow."

It looks like a lot of work to clean up afterward but actually is pretty much self-cleaning.

"Because of the water mix in it, it dissipates naturally as it dries out and then the sun just expedites that evaporation."

About the Author: Chris Dawson

Chris Dawson has been with BayToday.ca since 2004. He has provided up-to-the-minute sports coverage and has become a key member of the BayToday news team.
Read more

Procession for Snowbirds Capt. Jenn Casey to begin shortly after 5 p.m.
May 24, 2020 3:15 PM
Comments
We welcome your feedback and encourage you to share your thoughts. We ask that you be respectful of others and their points of view, refrain from personal attacks and stay on topic. To learn about our commenting policies and how we moderate, please read our Community Guidelines.