Tick Tips: How to stay safe this season 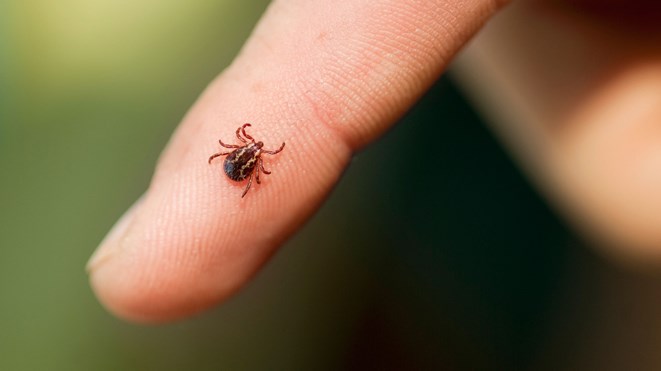 Tick populations in Wellington County have been expanding over the last decade due to a number of factors including climate change and urbanization.

While not all ticks pose a health threat, research from the University of Guelph and Health Canada shows that blacklegged ticks, the species responsible for spreading Lyme disease, are spreading across eastern and central Canada. Puslinch, the southern part of Wellington County, has been deemed a high-risk area.

We spoke to experts at Wellington-Dufferin-Guelph Public Health about what people should know about increased tick populations and how they can protect themselves.

What is a blacklegged tick?

Blacklegged ticks (also known as deer ticks) are parasitic animals that find hosts in animals and humans. They are a dark, reddish-brown colour and slightly resemble an apple seed. They feed on a host’s blood with their sharp mouthparts. Blacklegged ticks can be found throughout Ontario in forested areas, but birds can carry and drop them almost anywhere. They do not fly or jump, but instead rest on low-growing vegetation such as grasses or shrubs, where they can easily latch onto a host. Ticks are not considered insects and they can spread Lyme Disease.

What is Lyme Disease?

Unlike other species of ticks, blacklegged ticks can carry Lyme Disease, which is a highly debilitating infection with physical and psychological symptoms. The disease is caused by a bacterium called Borrelia burgdorferi, which is transmitted from infected ticks to humans. The bacteria exist in small mammals and birds and are acquired by blacklegged ticks when they feed on these infected animals. Once infected, only adult females and those in the nymph stage are capable of transmitting the disease through their saliva when they latch onto a host.

How can people stay safe from tick bites?

The most important way to reduce your risk of contracting Lyme Disease is by reducing your exposure to blacklegged ticks. This can be done by:

What should people do if they are bitten by a tick?

If you are exposed to a tick, carefully remove it lengthwise from its head to backside with tweezers. If possible, keep it or take a photo and then submit it to WDG Public Health through their eTick identification platform or by emailing it to PHI.intake@wdgpublichealth.ca. Public health experts will be able to properly identify it, determine if you are at risk for Lyme Disease and offer further health advice.

What should they NOT do?

WDG Public Health recommends that the public be highly vigilant when it comes to ticks by taking steps to prevent exposure and report any sightings and possible infections.

Local trail group aims to connect the Guelph to Goderich rail trail in Guelph
Sep 9, 2020 10:00 AM

Celebration of all things bicycle happening Sept. 12
Sep 8, 2020 9:00 AM
Comments
We welcome your feedback and encourage you to share your thoughts. We ask that you be respectful of others and their points of view, refrain from personal attacks and stay on topic. To learn about our commenting policies and how we moderate, please read our Community Guidelines.