Conservative's Sachan has no regrets about how he ran his campaign 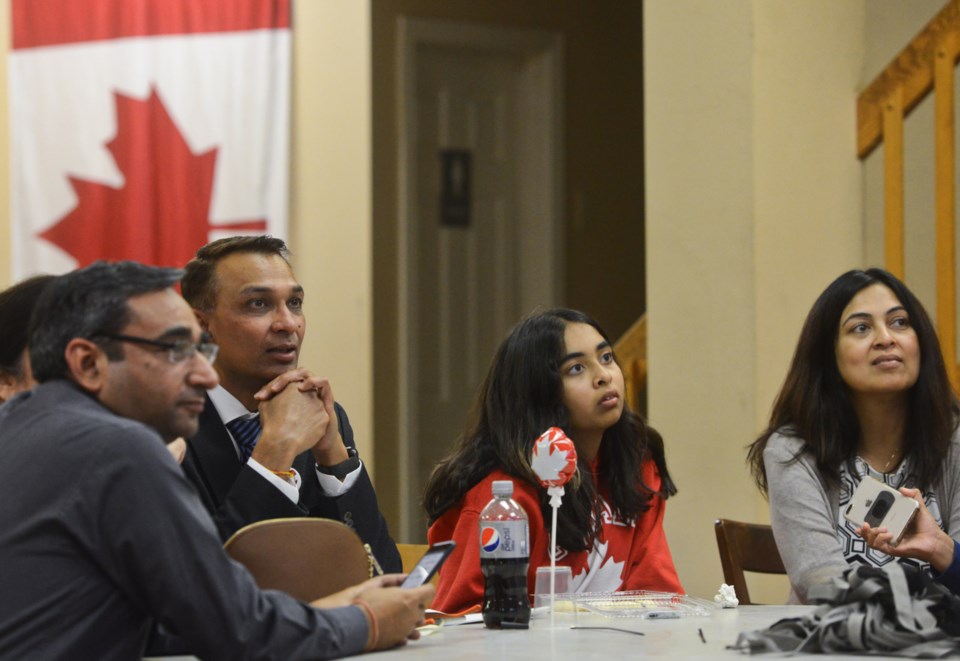 As the results rolled in Monday night and Guelph Conservative candidate Dr. Ashish Sachan become firmly entrenched in third place, he said he had no regrets about his local campaign.

"We did a great job here with our campaign here and we kept it very positive," Sachan said. "I think our whole team gave our best."

Asked if he would have done anything differently, he said "not really."

"No regrets, and we kept our campaign very positive. We wanted to run a clean campaign and that we did."

The Conservatives haven't won a federal election in Guelph since Bill Winegard did in 1988. It's been nine straight Liberal wins since.

Sachan gathered with 20 family members and supporters at the Conservative campaign headquarters on Speedvale Avenue to watch the results.

The first-time candidate was trending at 20 per cent of the local vote, behind the Green Party's Steve Dyck at 24 per cent and well behind runaway leader Lloyd Longfield at 42 per cent.

Sachan received some public criticism for not attending some of the local debates.

"I did most of the events and the campaign made some some decisions on where we had to be. We prioritized different events at different places. We had a lot of events planned," Sachan said.

Sachan said they knew they were up against a strong candidate in Liberal incumbant Lloyd Longfield, but "we came up with a positive Conservative message about a stronger Canada, lower taxes and more affordability and that is still our message still.

Green Party's Steve Dyck disappointed and surprised after losing to Liberals
Oct 22, 2019 1:21 AM

NDP candidate proud of how she ran her first political campaign
Oct 22, 2019 1:21 AM
Comments