Some events only invite the Liberals, Green Party, Conservatives and NDP, leaving out the People's Party of Canada, the Communist Party and Christian Heritage Party
Sep 13, 2019 1:52 PM By: Tony Saxon 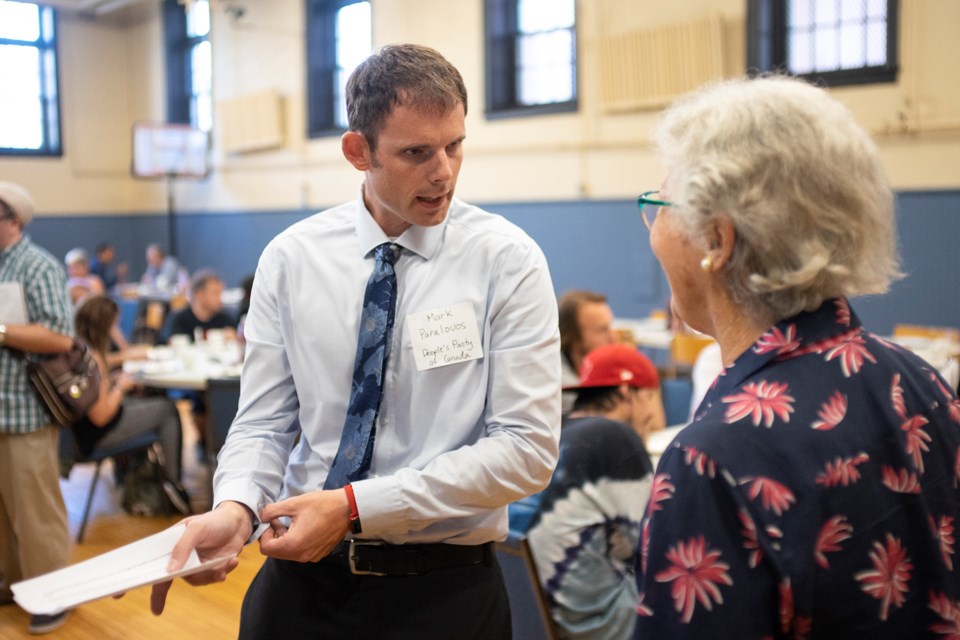 The local People’s Party of Canada candidate in the upcoming federal election is disappointed he is being left out of several local debates and events.

While Mark Paralovos has been invited to take part in several local events, he is not invited to the Guelph Chamber of Commerce debate, a Guelph Coalition on Active Transportation event or the 100 Debates On The Environment event.

Several events have invited all the candidates.

“There’s a couple that I’m not invited to and a couple of activities around town that I haven’t been invited to as well,” Paralovos said.

He said it’s disappointing, given that, in his words, hearing different perspectives is “the heart of politics.”

“If we want to have an informed electorate, regardless of whether you agree or disagree, all parties should be able to attend events that other candidates are invited to, in my opinion,” Paralovos said.

He said a lot of people he’s spoken with think the PPC should be in the local debates.

“Listen to everybody then decide who you think has the best ideas,” he said.

Organizers of the 100 Debates event and the Guelph Chamber of Commerce have both offered invite to four parties: Liberals, Conservatives, Green Party and NDP.

All three events that have rejected the PPC party indicated they are following the guidelines established by the Leader’s Debate Commission, which established guidelines for federal leader debates and who gets to participate.

They include running a candidate in at least 90 per cent of the ridings or having a sitting member of parliament.

Evan Ferrari, executive director of eMERGE Guelph, one of the organizers of the 100 Debates event on Oct. 3, said four parties met the criteria, “and in a nutshell, that’s it.”

“We are completely, unabashedly, doing this because the environment is more important than it’s ever been in any other election and we wanted to make sure the debate would provide us with probable people that could have an impact on the national decisions on the environment,” Ferrari said.

Guelph Coalition on Active Transportation did not respond when asked for comment about their event on Sept. 25.

Tristan Dineen, Burnett’s campaign manager, said in an email that they have been invited to some debates already.

“These are still very early days,” Burnett said. “However, I have no doubt, especially given the track record of the Guelph Chamber of Commerce on stuff like this, that we will run into roadblocks in the near future.”

The CHP’s Truscott did not respond to requests for comment.