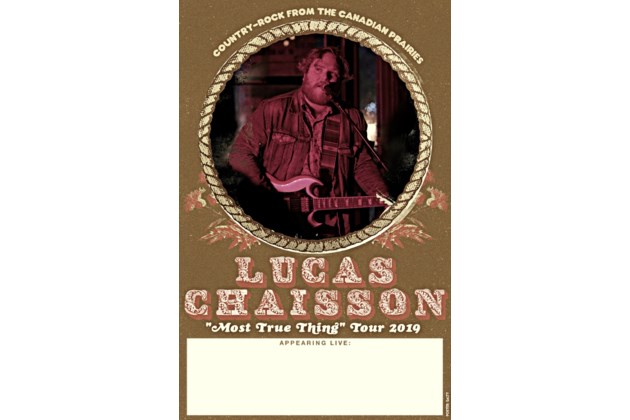 Recently described as “Kate Bush meets Meatloaf” and first to proclaim a deep love for Bruce Springsteen, this is ZINNIA.

Lucas Chaisson's latest full-length release is a culmination of five years of life writing and playing music in Edmonton, Alberta. A brilliant follow up to the acclaimed, Colin Linden produced, "Telling Time" (2015), the aptly named "Most True Thing" dives deeper into Chaisson's journey to discover his true voice.

For the first time, Lucas takes on the role of producer - resulting in his most fully realized effort to date. Engineer Scott Franchuk and a lineup of some of Canada's finest musicians take the listener on a journey from soft, understated folk ballads to twang heavy electric guitar anthems. The band accompanies Chaisson in a way that serves his "freshly-familiar" style of songwriting.

At its core "Most True Thing" is a look inside the mind of an artist striving to find himself. Fans who have followed Chaisson since he broke onto the roots scene as a 16 year old kid will appreciate the growth and maturity displayed in his new release. New fans will appreciate the comfortable, seasoned atmosphere of the recording - a product of growing up in front of an audience. "Most True Thing" solidifies Lucas as a sincere artist who is in it for the long haul.