A long weekend escape from politics

This week's Market Squared looks at the local politics of the Guelph Storm, and only slightly makes jokes at London's expense.
0
Apr 20, 2019 11:00 AM By: Adam A. Donaldson 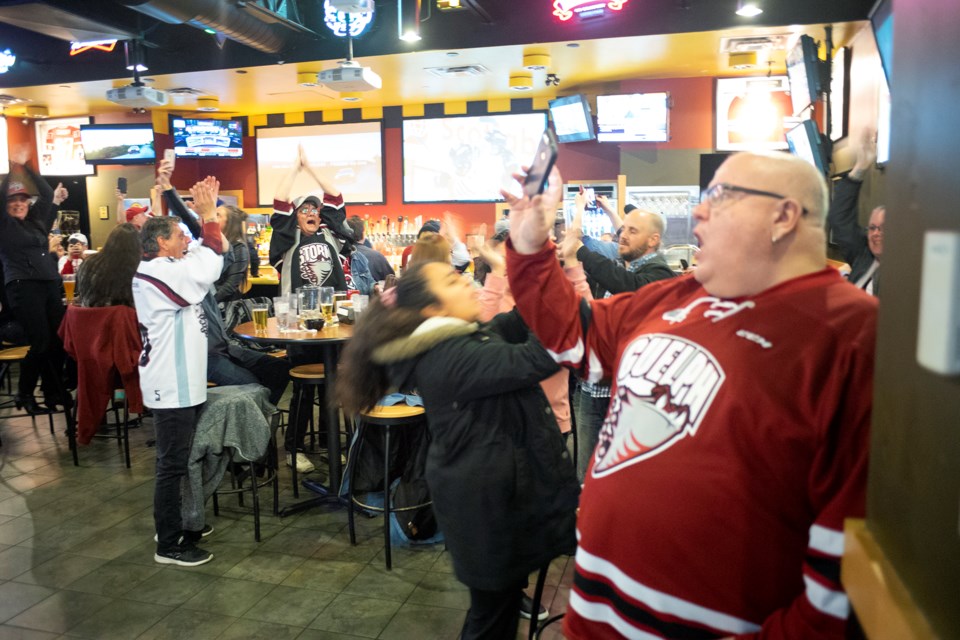 Let’s considering municipal politics in a context that I’ve been uncomfortable with since that awkward first dodgeball game in Grade 2: sports.

I’ve never been a big fan of sports. All the people I hated in high school loved sports, and why would I want to be like them? If that sounds petty, believe me, I’ve tried over the years to be a sports fan, but the only game I’m interested in right now involves an Iron Throne and some dragons.

Having said that, I have enjoyed the recent comeback story of the Guelph Storm. From the jaws of defeat, they snatched victory with the kind of Mercurial turnaround that all great sports stories are based on. You can count on one hand the number of times an OHL team came back from a 3-0 series deficit, and the Storm have one of those fingers.

But an appreciation for the mythology is about as far as I’m willing go. I might be in a minority here, because I know that the Sleeman Centre has had no problem filling seats. Indeed, if you’ve ever tried to go downtown on Friday night or Sunday afternoon, when the Storm usually play, then you know its tough to travel those roads as people jockey for space in the various lots.

To this, I recognize the economic benefit for bars and restaurants downtown. Maybe you have dinner before going to the Sleeman Centre, maybe you go somewhere to have a beer to let the crowds thin out after the game.

Also of economic benefit are the 50/50 draws that happen during the game. Many non-profit groups in the city raise a couple of thousand dollars at a time thanks to those draws at the Storm games, and I know from personal experience that selling those tickets is like picking off fish in a barrel. (Especially after the end of the second period.)

And let’s not forget the free promotion for Guelph along the by-ways of the province. From Ottawa to Michigan, people will see a bus on the road that says “Guelph” on it, and might say to themselves, “Hey, I know that place!” or “Hey, I wonder what Guelph is like anyway!”

Am I looking at this situation with rose-coloured glasses? Maybe, but there’s no doubting the ownership that people in Guelph have for their Storm players. It seemed like everywhere in town on Wednesday, there was somebody, or several people, wearing Storm gear.

I don’t if Mayor Cam Guthrie was wearing his Storm jersey on Wednesday, but I know that he has one. He taunted London Mayor Ed Holder about fitting the Forest City’s leader with the red and white before the series began, and Holder looked pretty smug when the Knights were up three games to none.

On Tuesday night, Holder begrudgingly accepted on Twitter that a Storm jersey was one its way to him. Oh, the humanity!

Guthrie, meanwhile, trolled Twitter looking to make a new bet with the Mayor of Saginaw, home of the Spirit who are the team standing between the Storm and the OHL final. There’s no word yet if Mayor Floyd Kloc is a betting man, but 50 per cent of the people engaging with Saginaw’s Newsradio 790 WSGW think that the Spirit are going to the final, while a pessimistic 17 per cent think the Spirit are going down to the Storm.

In this playoff season, pessimism has not been the tone, at least not among mayors looking to make friendly wagers. Along with Guthrie and Holder, Kitchener Mayor Barry Vrbanovic has also been in a betting mood, and he had two teams make it to the playoffs While the OHL Rangers are done, the Titans are playing the St. John’s Edge from Newfoundland for the NBL’s Central Division Final.

I was joking earlier this week that the only thing keeping me out of politics is the façade of having to pretend passionately that I care about the local sports teams. I don’t know if I could feel bothered to goad one my fellow politicians into a silly dare based on something completely outside my control.

I’d like to say I’m too serious a person, but the hundreds of hours I’ve spent writing and talking about superheroes, monsters and Jedis would beg to differ.

So why write about a sports story this week? Maybe I needed a break.

It’s been often discussed that there’s a lot of anger in the political discourse these days, and believe I feel that too. In the midst of that, and your desire for whatever change you desire, keep in mind that anger, and the stress it creates, can be a killer.

As we enter the long weekend, make sure you take time for yourself and something you enjoy be it your family, or Guelph Storm hockey. Just keep those bets gentlemanly and reasonable.