Back to the simple pleasures of writing about regular council business

This week on Market Squared, we follow up on this week's regular business at city council, and the debate on the latest phase of Clair-Maltby.
May 31, 2020 12:00 AM By: Adam A. Donaldson 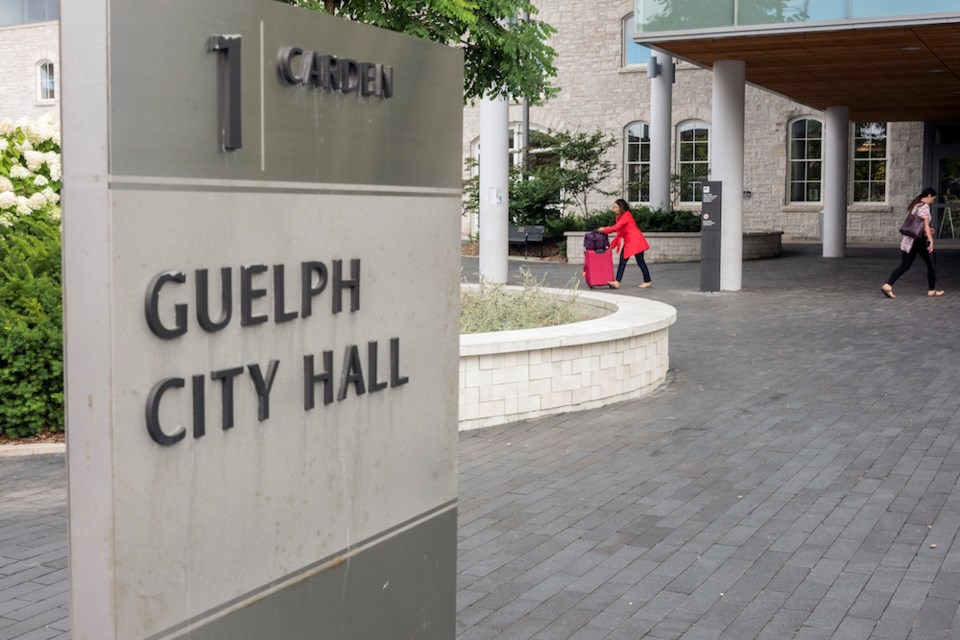 “Politics as usual.” Normally that’s a negative kind of phrase that promotes cynicism about greedy politicians looking out for number one, but in these pandemic times, it means is having council a meeting where COVID-19 is not the end-all, be-all.

And there’s nothing more normal, for Guelph anyway, than a fight over parkland. The Open Space Strategy for the Clair-Maltby Secondary Plan, originally passed at Committee of the Whole in March, was the biggest item on the agenda at Monday’s meeting, and if you thought it was a done deal… Well, you know.

Making sure that communities have enough greenspace carries a new urgency, or at least it carries a new, more relevant community health component. Last weekend, some urban planning critics noted that the crowds at Trinity Bellwoods Park in Toronto were more a by-product of cities not providing enough open space than it was the fault of young people dismissing social distancing concerns.

Frequent council delegate Susan Watson once again made the comment that the city is falling short of its own minimum parkland requirements. I’m afraid for Ms. Watson that this is a losing battle in the case of Clair-Maltby because if one of the earlier delegates is to be believed, there are already warning signs of future legal action on the horizon.

Let’s be honest though, whenever the Clair Maltby Secondary Plan is complete, it is going to end up before the Local Planning Appeal Tribunal (LPAT). How can it not? There are a lot of developers and landowners that are looking at Clair-Maltby as their pot of gold at the end of the rainbow, and anything for the public good is not going to maximize profits, even if they’re going to be fairly compensated for the land.

Putting it that way, the greater emphasis for council when it comes to developing Clair-Maltby is a declaration of intent. Will Clair-Maltby represent our best values and the best practices of modern planning, or will it be another development free-for-all where each piece of land is developed on its own like an island not connected to the whole?

That’s why council made the decision in committee to move the 10-hectare community park from a spot more or less in the middle of Clair-Maltby to an area adjacent to Halls Pond. Comparisons to the Riverside Park were thrown around a lot, the idea that the City can create a parallel amenity around the pond that would give the south end a destination spot for the whole of Guelph.

Admittedly, I’ve never been to the area around Halls Pond, but I’ve seen pictures, and I hope we’re not kidding ourselves. Are we making a blue lagoon out of a water trap that’s been battered out of its natural formation by the needs of a gold course?

Perhaps we can create that piece of paradise. Perhaps Clair-Maltby will live up to all our best expectations. Perhaps all developers will see the wisdom of an approach that takes a holistic approach to the area and doesn’t just see land as an exploitable resource meant to the fill the pockets of a few with obscene profit.

Sometimes things work out, and sometimes Guelph city council walks right up to the line and stops to bend down and tie their shoes together to trip themselves up.

As the motion finally came to council for ratification, Councillor Christine Billings proposed an amendment to create two 5-hectare parks instead of one 10-hectare park, which was the recommendation of staff based on the feedback generated through public consultation.

I don’t know what happened between March and Monday to make Councillor Billings propose a completely new option for the Open Spaces Strategy, an option not even raised by staff, but to drop the suggestion the middle of the meeting like this was irresponsible, and thus, the idea was not allowed to be debated in front of the whole of council. I don’t know if I agree with the idea, but I would have liked to have seen the pros and the cons hashed out properly.

Perhaps council is out of practice. The sturm und drang of responding to the ongoing COVID crisis created a sense of more immediate action in lieu of a typically methodical approach that council usually takes. I hope they find their proverbial sea legs again because there’s going to be about three months of stuff to catch up on the weeks to come.