Civic pride is more than just a hashtag

This week's Market Squared considers the reasons why #GuelphProud needed to be retired beyond the existence of that certain group.
Jan 16, 2021 12:00 PM By: Adam A. Donaldson 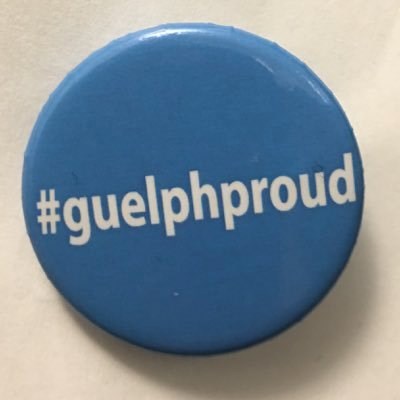 It’s relatively small potatoes in the grand scheme of things, but Mayor Cam Guthrie retired his #GuelphProud hashtag this week in wake of current events.

After the insurrection on Capitol Hill in Washington last week, which included members of the so-called “western chauvinist” group the Proud Boys, a small but vocal group of Guelphites suggested that the optics of putting the word “Proud” next to Guelph weren’t great. The mayor, in his wisdom, agreed.

“It’s really unfortunate,” Guthrie told GuelphToday’s Richard Vivian. “Because of that, I think we should stop and shift to something that doesn’t cause any negativity around it.”

I saw some smarter-than-thou people on social media joke about how all problems in Guelph must be solved if this is what we’re focused on, and I saw others mock concerned citizens for sweating about a word co-opted by a group whose initiation involves beating up a new member until they can name five breakfast cereals.

There are some deeply silly things about the Proud Boys, but there are also some deeply serious and scary things about them too. In a perfect world, we would not let such groups co-opt words meant to express civic self-esteem, and congratulate people in our community that are doing good things, but language is a living thing, and oh yes we can see such words co-opted.

Sometimes language evolves past the point where many of us forget the negative connotations they were born with. Phrases like “peanut gallery,” “paddy wagon,” “off the reservation,” “jipped,” “uppity,” “long time no see,” and even “moron” all have deeply racist or offensive origins, and how many of us have used them in our everyday language without knowing?

Consider too all the friction around the Chicago Blackhawks, whose logo has long been considered culturally insensitive, but the name of the Chicago hockey club was not derived from First Nations people. In fact, team founder Frederic McLaughlin named it after the 86th Infantry Division with whom he served in World War I.

Now granted, that division was named for a real-life Indigenous leader from the 19th century who sided with Britain in the War of 1812 (another reference with renewed modern specificity), but if Chicago changed its logo to the helicopter that also bears the Blackhawks name, how much time, sweat and energy would they save?

Making slight tweaks to language or changing a logo, are small moves that don’t really do much to move the needle on really big issues, kind of like how picking up litter doesn’t do much for the problem of global climate change, but it’s not nothing. I can’t eliminate racism, or sexism, or homophobia all on my own, but I can make myself more aware of the words I speak and speak differently.

Let us not forget that “proud” was a loaded word before our wayward friends who literally beat each other to breakfast cereals came into the picture.

Consulting our old friend Merriam-Webster we see the appeal and the limits of “proud” because while the strict definition of the word is, “A sense of personal dignity; a feeling of pleasure because of something done, achieved or owned,” it can also have some fairly negative interpretations."

The definition of “supercilious” is to be “coolly and patronizingly haughty”, which is to say you’re supercilious when you’re acting in a superior way but are being super casual about it.

This is an angle on #GuelphProud that has concerned me long before the rise of the Proud Boys.

In many ways, I found #GuelphProud to be a supercilious concept. That’s not to say it’s a bad thing to feel civic pride, but it’s felt at times that #GuelphProud was a way of papering over the things in our community that we struggled to see or understand. Things like the opioid crisis, or the inequitable distribution of housing, or the ones too busy working three jobs to express or enjoy #GuelphProud moments.

The hashtag inadvertently promoted an idea that there are no problems in Guelph. We’re a Pleasantville of small town-minded people that all get along and know nothing of want or ignorance because “Guelph the Good” solves all problems, grabs a selfie and stamps it with #GuelphProud like a social media Superman.

Like Pleasantville though, we know Guelph has problems that we struggle to ignore, and sometimes struggle to deal with when we can’t ignore them anymore.

We should feel good when our fellow residents do good works, but civic pride is more than a hashtag, just like “proud” is now more than a word.

Language changes all the time, so let’s take this as a chance to look at a way to pay tribute to community leaders that is more substantive and appropriate then an Instagram trophy case.