Council's going to change, but it's not the only thing that has to

This week on Market Squared, we will set the table on next week's council composition debate and why we should be setting a bigger table to talk about governance.
Oct 31, 2020 12:00 PM By: Adam A. Donaldson 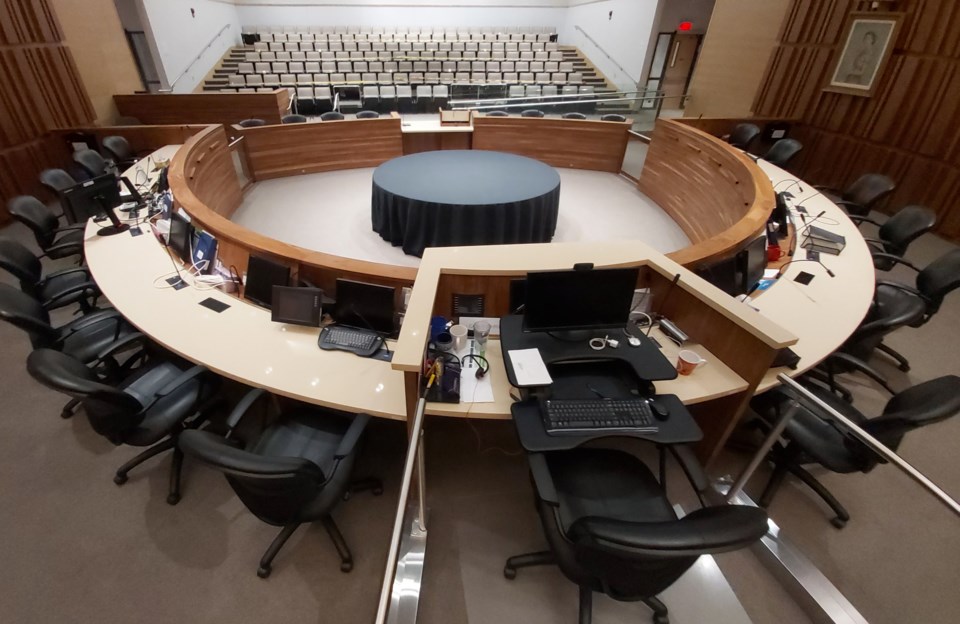 Change confronts city council once again on Thursday as they debate about themselves. Or rather, as they debate the make up of city council for the 2022 term. The proposal from consultants Watson & Associates recommends eight full-time ward councillors plus the mayor.

There’s some disagreement on that point.

For instance, the supporters of an at-large model of representation seem to have woken up, or perhaps they just woke up on my Twitter feed.

I got beaned in my last column for defending the clerks office for daring to ask the question, but it does seem like there’s a group of people in the city, no matter how small, that see the value of an at-large system.

Interestingly, 20.6 per cent of respondents to the city’s survey on council composition suggested a mix of ward representatives and at-large members, which might be a way to get the best of both worlds: Some can be neighbourhood focused while others can take a city-wide view. In the right hands, having one or two councillors unmoored from a ward could be important voices that offer broader context on issues often considered starkly regional, like zoning amendment bylaws.

I can already feel my mentions swell with outrage, so I will move on to the number of councillors, which also means the number of wards in this instance. Eight sounds about right to me.

Guelph’s current population divided by eight means 16,475 people per ward. The only ward that comes close to this number is Ward 3, which has 17,500 people; meanwhile Ward 6 has over 11,000 more people than that new average right now. Five out of six wards have over 20,000 people, and two of those have over 22,000, which suggests a vastly disproportional rate of representation.

I know it doesn’t exactly work out this way, but right now Mark MacKinnon and Dominique O’Rourke represent 13,850 people each. If having one full-time councillor representing 16,475 people with support staff seems like a loss of representation, can you make the argument that constituents are being best served by the current make up of council despite their best efforts?

Of course, that’s not to say that we’re being poorly represented by city council right now. Whatever your personal feelings about individual councillors, it’s safe to say that as a group they are overworked and underpaid, and for may of them being on city council is not their only job. If being a city councillor is work, should we not treat it like work?

The counterargument to that is that we’ll be in danger of creating a permanent political class around the horseshoe, but don’t we have that already?

Half of city council has spent 10 years or more in office, and, let’s be honest, the part-time-pay-for-full-time-work nature of the current council make up is a turn off for younger people, people of limited means, and other types of people that could be a part of a more diverse and representative council.

So what do I think? I know you’re dying to know.

I don’t know what version of council would work best, but I know that there’s been a desperate need for improvement to our local democracy for a while, and this review was postponed from the previous term. If you’re one of those people making the point that this work is being rushed, you’re right, because it should have been done six years ago.

But while it’s important to have the size and representation that Guelph deserves in the council chamber, there are some other questions about our local democracy that this process will not answer, and they’re pretty fundamental.

For instance, internet voting. It’s been phrased as a yes-or-no proposition, but the issues around internet voting, both the technical and the philosophical, are far more complicated than that. After the last election, I called for a grand debate on internet voting, it’s merits and demerits, but I have a feeling that it’s going to be another footnote before the 2022 election: should we have internet voting, or should we not?

For another question, don’t we need a stronger relationship with Wellington County? I admit to not knowing everything about the long history of the relationship between Guelph’s council and the county’s but it barely seems like there’s any relationship at all. It’s a 10-minute walk from Guelph City Hall to the seat of Wellington County, but they might as well be worlds apart.

As this week’s meeting on housing taught us, we desperately need a closer connection to the county, if only on that one issue. So why do we feel so disconnected from the county? We’re independent, but we also offload one of the most important files to a government body we practically have no say in. Does that make a lot of sense?

Now, none of this is to say that the question of who and how many should represent us is an unimportant issue, but if you’re of the opinion that we need a bigger, less-rushed conversation about local governance, you’re more right than you know.

But change is still coming, whether you like it or not.