Designs of a decade in Guelph

Before the new year, Market Squared takes one last look backwards at the decade, and a few of the biggest news items from it.
Dec 28, 2019 12:00 PM By: Adam A. Donaldson 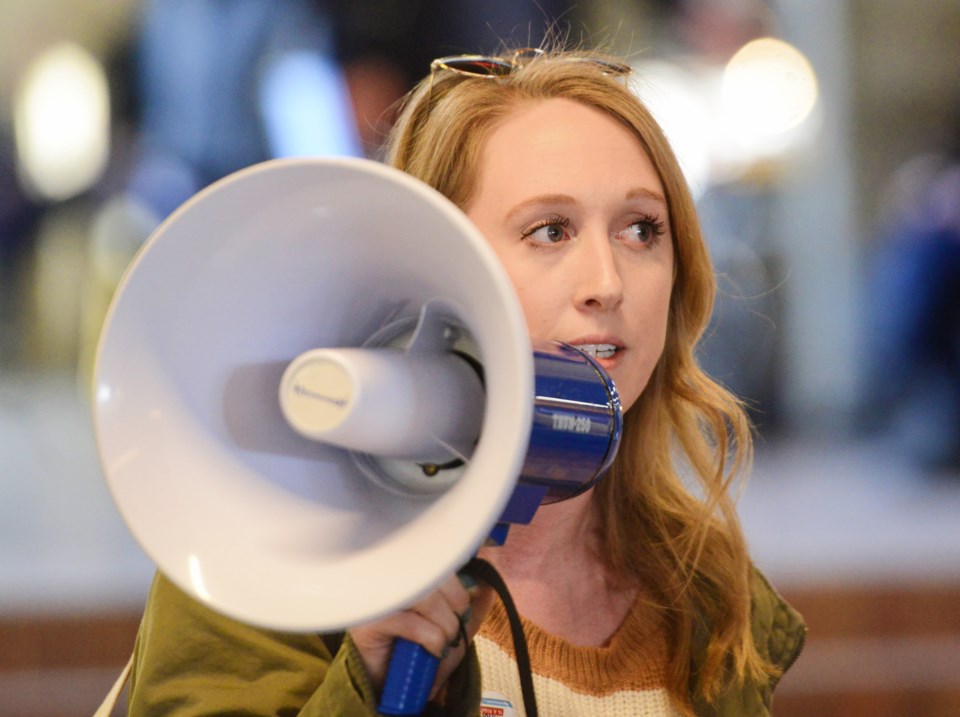 The voice of protest was heard loud and clear in Guelph over the last decade.. Tony Saxon/GuelphToday file photo

The news cycle moves so quickly now that it’s nearly impossible to remember all the major news stories in the last year, let alone the last decade.

In looking back at the last 10 years in Guelph, it’s hard not to feel there’s a relative calm now as compared to where we were at the start of the 2010s. For instance, when was the last time that city hall sued five protestors for $5 million?

That happened in 2010 when five people that led an occupy protest of the then under construction Hanlon Creek Business Park were sued by the City of Guelph for $5 million in damages even though the city’s own report pegged the damages on-site to about $150,000. The move was read as a SLAPP against these and future protestors, as in Strategic Litigation Against Public Participation.

The SLAPP suit against the “Hanlon Creek 5” was one of the moves in 2010 that decimated the local activist scene. The other was the G20 protests in Toronto where hundreds of activists and demonstrators were scooped up by police, sometimes based on only the slight possibility of violence or vandalism.

More than that, undercover police officers with various departments managed to embed themselves in several activist groups including one in the Royal City, the Guelph Union for Tenants and Supporters, or GUTS. Authorities called Guelph a “hotbed of radicalism”, but GUTS, as a group, was enthusiastically anti-poverty, and eager to act on issues like Indigenous reconciliation, climate change, mental health and homelessness.

It’s just the kind of sweeping platform that radical, far-left groups like the Liberal Party of Canada run on now.

Indeed, that Overton window has shifted over the last 10 years, but none of the credit is going to the early adapters like GUTS because they were arrested, detained, litigated, and shouted out of the conversation. It’s only in the last few years with the climate strikes, anti-fascists and groups like Your Downtown Guelph Friends, have we seen the return of healthy, grassroots dissension in the community.

Speaking of dissension, remember Urbacon? A superior court dissented with the City of Guelph’s opinion that they were within their rights to fire the approved contractor on the new city hall construction project and fined the city just over $8 million in damages and legal fees. That decision was announced about a month before the municipal election in 2014, and it didn’t exactly help the incumbent.

Of course, Karen Farbridge was always going to have had an uphill climb in that election because by that point she had been mayor for all but three of the previous 14 years. By that point, Farbridge’s administration had been marked by numerous nagging issues, and not just the SLAAP suit and Urbacon.

In the first half of this decade, the city did a lot to establish an attitude of extreme skepticism or dubiousness about whether or not they can manage big-city building projects, and not just in the case of the new city hall.

The construction of Market Square and Carden Street caused a lot of stress downtown, and Guelph Central Station was completed overdue and without a lot of the amenities that were promised. And then there was District Energy, which was highly ambitious, but in hindsight, it was clear that Guelph didn’t have anywhere near enough capacity to make it work.

Those missteps make it harder for the city to proceed on equally big, if not bigger, infrastructure projects that we desperately need to close the half-a-billion-dollar infrastructure gap we have in Guelph. Our easily conspiratorial culture sees red flags everywhere, and they believe no one when they say there’s nothing to worry about, and can you blame them?

Compounding these misgivings is the feeling many people have that they aren’t being as well informed as they once were, which ties into one of the biggest news stories in the last decade, the loss of news.

The Guelph Mercury closed its doors in January 2016, and to hear some people talk about it until this day, there’s still a chance it will come back.

I have a visceral reaction when I read or hear people complain about not knowing where to get the news or suggesting that the news outlets in town are lazy or are ignoring stories because of either incompetence or complacency. The number of working reporters exclusively dedicated to covering the city across all outlets is less than the Mercury alone at its height, and if you want that to change in the next decade, you’re going to have to do more than wish on a falling star to have the daily newspaper back.

And if you need a reason to support a robust independent media think of the biggest political news story in Guelph the last 10 years, and one of the biggest in Canada, the Robocall scandal.

The full extent of the actual conspiracy to defraud people of their right to vote was revealed through good, old-fashioned investigative reporting. Think that doesn’t sound so hard? Remember that for every working reporter now there are about 14 PR professionals, so the odds are stacked against us.