If you build it, they will riot

This week on Market Squared, we look at what one development proposal can teach us about current planning questions in the city
0
Jul 13, 2019 12:00 PM By: Adam A. Donaldson 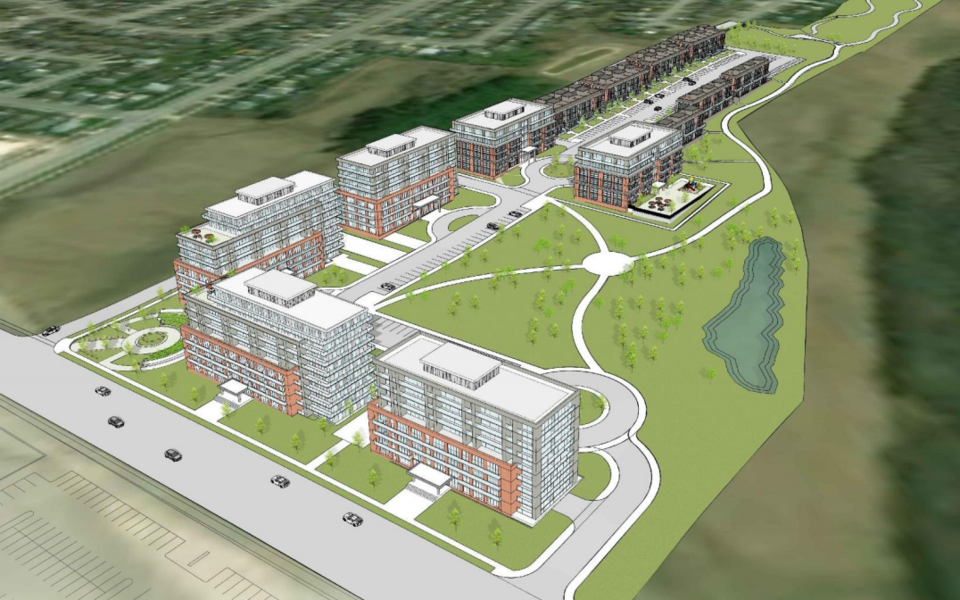 The proposed development for 361 Whitelaw Rd. in the city's west end.

I’m not going to pretend that I’m an expert on development or real estate, but the goings on with 361 Whitelaw Rd. stymie me.

What is this urgency to build there?

Council’s only been going for about eight months now, and Salisbury said on a recent edition of Open Sources Guelph that he felt his prediction had come true.

Unfortunately, Salisbury was one of three councillors to miss this past Monday’s deliberations, which highlighted that despite the fact that 100 units have been knocked off the proposed development, there’s still a whole lot of controversy afoot.

On top of that, it seems like Armel Corporation, who owns the land at 361 Whitelaw, have no answers to even the most obvious questions.

Between the two statutory meetings in the last eight months, area residents are still concerned about the increase in traffic, even in the short term with a big question over the effects from the re-opening of Niska Road later this year.

People living around 361 Whitelaw are also concerned about wildlife. Butting right up against Guelph’s rural borders, deer and wild turkey are not unusual sightings. Neither are coyotes. How are these animals going to react to 1,600 more humans, or more, in their backyard?

These questions are predictable and bound to come up regardless of the location of a development labelled high-density. And then you have to get into the boutique issues of individual councillors.

The topic of a gateway came up again at this meeting, as it did back in December. The corner of Whitelaw and Paisley could become a major entry way into the city, so what should this site say about the character of Guelph as people enter it?

Answers to all these questions were vague, at best.

From what I understand, it’s not unusual for a property owner to bring forth a development plan before a company is hired to make it a reality. It makes it easier to sell the project if the city has already approved it on paper.

This is fine, but the growing reticence to these kinds of projects should be all the more reason that development companies should have all their ducks in a row before coming to council.

It also wouldn’t hurt to be in the neighbourhood and engaging with people before paperwork is filed. Things are going to be confrontational to begin with because we’re all so dubious of change, why make it look like the fix is in, especially since you’re average resident is not a council gadfly like others you can name.

Make no mistake, people are already suspicious that developers have more sway over our municipal politicians when compared to citizens. Not helping is a provincial government seemingly willing to throw out even the Endangered Species Act to literally pave the way.

Although it’s not the case, people see any vote at council as endorsement. The Armel proposal for 361 Whitelaw was in order, council and delegates gave staff pages of notes, nothing final has been decided, but I’m sure there are people in the area who expect to see cranes in the sky any day.

And in the back of all this is the undeniable fact that progress must march forward. We are mandated provincially to make room for tens of thousands more people, and that’s to say nothing of the people who already live here in one of the lowest vacancy rates in the country.

It’s easy to understand the feeling of powerlessness in the face of these applications.

At the same time, speaking to Salisbury’s comment about tone, we need to look at why so many proposals are coming forward for high density builds around the city’s periphery, and not in the core.

We are seeing towers go up downtown, but not at the same rate of speed as the south end and the west. Guelph threatens to look like a castle, with tall apartments and condo buildings surrounding the city borders like walls and battlements. If that’s the look we’re going for, fine, but I believe some people were talking about the appearance of Guelph as you enter it.

And beyond all this is the spectre of Bill 108, which will surely be tested in Guelph before too long. Hopefully, our next trip to the Land Planning Appeal Tribunal won’t be based on answers to questions people should have been prepared to be asked.