In dog, we trust

Did this week's council meeting about the city's new leash-free policy go to the dogs? Market Squared considers the question.
0
Jun 29, 2019 11:00 AM By: Adam A. Donaldson 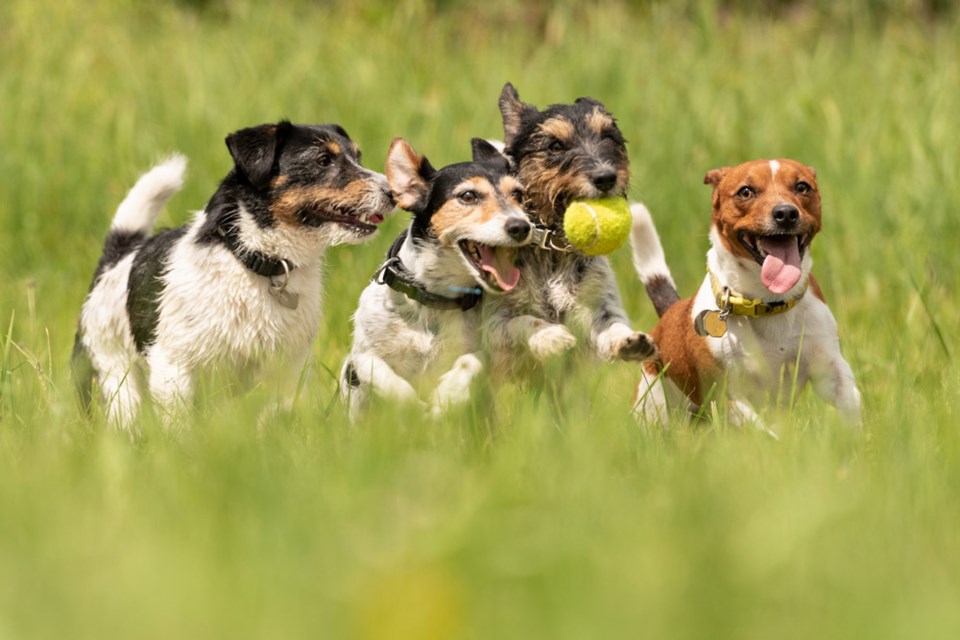 At the risk of sounding unpopular … Oh, who am I kidding?! This column isn’t making friends.

So let’s talk about dog parks.

Now I like dogs. Dogs are great companions. I’ve been around dogs most of my life. My sister owns two big dogs that she basically considers her children. I get it.

On the other hand, there were a couple of people at city council Monday night who seemed to think that our dog parks in Guelph should be nicer than other amenities in the city. There are so many bus stops around without shelters and benches, but yes, let’s build dog parks with retractable domes, or something.

It should have been an easy night at council. After some criticism about the restrictiveness of the original plan for leash-free regulations, staff made changes so that it might be easier to let our dogs run somewhat wild and nearly free.

Apparently though, what people really wanted was elaborate play equipment, designated areas for the type and temperament of the dog, socialising areas for humans, and washrooms and other facilities. Some of the ideas for these dog parks would make them nicer than my house.

Now these specific delegates did add the caveat that these options would be ideal if the city had the money. Of course, money matters were fresh in mind since the meeting started with staff going over how provincial changes are putting a dent in Guelph’s development dreams.

And not for nothing dog owners, but I can’t imagine something fitting the definition of “soft DCs” more than dog parks with sections and playground equipment.

Another matter that got attention was the age restriction in the designated fenced-in leash-free areas.

The original staff report restricted entry to the official dog parks to people 18 years and over, with anyone older than six having to be accompanied by an adult. Children under six were originally not allowed to enter at all.

Silly? On paper, yes, but staff noted that this would not be the only city facility where there are age limitations and restrictions. Some swimming activities bar the participation of children of a certain age, even activities that they might be allowed to do in the family’s backyard pool.

So why the restrictions then? One word: liability.

The city solicitor wasn’t on hand to talk about liability Monday night, and council would have had to go in-camera to discuss it, but staff made it clear that the legal liability of one kid getting hurt is greater than the fact that there are a lot of responsible teenage dog walkers.

We’re all aware, or we should be, that we live in an overly litigious society. It’s the reason why you have to wait three days for the sidewalk plow to get to your street as opposed to putting the onus on homeowners to shovel the sidewalk themselves, it’s because the city doesn’t want to  be sued.

More than that, it seemed that there was an overly literal interpretation of the new regulations from some of the delegates.

One man took the definition of “unoccupied” maybe a bit too far suggesting that an unoccupied park full of dogs off their leash would have to be reined in and re-leashed if one person walked across park. Not stopping to use the park, just passing through. It sounds like a game of ball hockey when the kids call, “Car!” and they get out of the way.

This, of course, is a bit over the top. One person walking through the park as a short cut, or just out of walk period, is not the same as “occupying” a sports field, which, I think, any reasonable person would take to mean using said field for sport.

But here we see that it’s not only the city thinking litigiously, but also the people. Are we concerned that the cops are going to stop, see some dogs off their leashes and one guy walking from one end of the park to another and start handing out tickets? That hardly seems likely.

Like other bylaws, enforcement will fall to the people to police themselves, calling to complain if dog walkers don’t play by the new rules. That’s not a perfect system either, but it’s probably safe to assume that no one’s going to be checking I.D.s to make sure you’re 18 years old if you have a dog at the dog park.

Not that I’m encouraging bylaw breaking, of course.

I think councillor Mark MacKinnon summed it up best with a Simpsons meme on Twitter, a clip of Lisa Simpson standing in front of placard that says, “Keep out! Or enter. I’m a sign, not a cop.”

Sometimes in Guelph, and I’ve seen it before, we over think things past the point of ludicrousness. And if we can’t do the simple things, then maybe we should just put the dogs in charge. We’re already halfway to building temples to them anyway.