It can happen here

This week on Market Squared, we take a diversion from local affairs and talk about current events in the U.S. and how we should see them as shadows of things that may be
Jan 9, 2021 12:00 PM By: Adam A. Donaldson 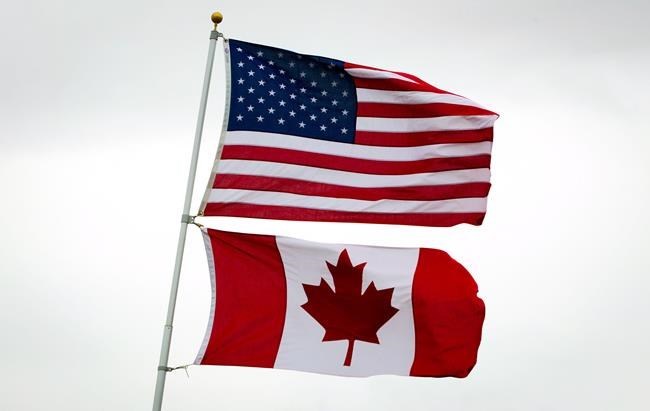 Many of us were hypnotized by the events in Washington D.C. on Wednesday, and were asking the question, “How did this happen?”

An insurrection that invades the seat of national power in a country doesn’t happen overnight, and it doesn’t automatically gather in the thousands. These things start small. Perhaps they even start with a Sunday afternoon picnic in the park.

In the aftermath of Wednesday’s events, I flashbacked to last August and a small picnic in Riverside Park with people who identified themselves as anti-maskers, and though they refuted the connection, they certainly shared the point of view of adherents to QAnon.

The sight of these dozen people in the park did not automatically instill a sense of dread, but it should have. Their willingness to follow misinformation, and their reflexive dismissal of logic and reality should have been well and truly frightening to behold.

If these people think they know for certainty that doctors at a Cambridge hospital, despite not knowing the name of the hospital or that Cambridge has only one hospital, are making money off the number of COVID patients they were treating, what else would they believe?

In the last federal election, we saw the institutionalization of both racist sentiment and science denialism in a national political party, and though they weren’t successful at electing even one member to the House of Commons, you have to ask yourself how many federal political parties can secure even one seat in their first election?

Some of us looked at Wednesday’s events playing out on TV or social media, and expressed a rather smug satisfaction that we’re just better people than the “rubes” south of the border that were convinced to riot and rebel for a game show host/con man. But what if I told you that one of the groups at the front of the insurrection was started by a Canadian?

Gavin McInnis, a graduate of Carlton University who co-founded Vice magazine in Montreal, also created the Proud Boys, a hate group self-billed as “western chauvinists” who unironically believe that White men built North America despite the existence of Indigenous people and the fact that most of the actual building was done by enslaved Black people.

There were also sympathy protests by small groups of Canadian sympathizers in Toronto, Calgary, and Vancouver. For some strange reason, Donald Trump speaks to something in more than a few Canadians despite the fact that one of Trump’s main ideological directives was “America First.”

But the Trump appeal extends beyond the fringe.

There’s a picture of deputy Conservative Party leader Candice Bergen wearing a MAGA hat making the rounds, and Conservative leader Erin O’Toole’s campaign slogan, “Take Canada Back” had an appropriately Trumpy vibe to it, so we definitely have people hearing the siren song of the Trump-specific brand of authoritarianism here in Canada. Or at least they’re willing to flirt with it.

So what does that have to do with a local politics column? Actually, the ramifications of this week’s events fit comfortably with some of the thematic notes I’ve been hitting.

Basically, this all comes down to a lack of faith in our institutions. Some of that faith is eroded from the outside by the type of people who suppose that doctors take money to create pandemic patients out of whole cloth, but some of it is directed by the people from inside the institutions themselves.

Look down the road at Cambridge and the controversy around the demolition of the Preston Springs Hotel, and you can see how the seeds are planted for a conspiracy to grow. We saw a demolition order issued on Christmas Eve, after an in-camera meeting to discuss the emergency demo the day before Christmas Eve when the matter of the hotel was discussed in an open session of council just a month-and-a-half before.

Given those facts, it’s easy to understand why someone might think something hinky is going on, and if such steps are being taken over a building that’s a clear and present danger to the general public, what about something with long-term consequences like a budget, or staffing decisions?

When city council meets in closed session now, nobody thinks, “Wow, they must be discussing something pretty important,” they think, “What are they hiding?” It may be benign, it may be within the rules outlined by the Municipal Act, but political people have defaulted to expecting the worst, and not the best from the government.

This is at the core of the belief system behind Wednesday’s insurgency. It’s not that people don’t recognize that Trump is especially corrupt but that every politician at every level is corrupt, and at least Trump is nakedly corrupt on behalf of his supporters. The honesty about his dishonesty, in this context, is refreshing.

You’re never going to convince people with logic when their belief system is constructed illogically, but our institutions can prevent more people from joining their ranks by embracing a dedicated and systemic effort for more transparency and engagement. People won’t tear down a system when they feel like they’re a part of it.

Make no mistake, it can happen here, and we’re still lucky enough to be in a position to do something about it.