This week, Market Squared challenges the hypocrisy of council and the NIMBYs: do you really want to solve Guelph's housing crisis when you keep voting against high density developments?
0
Feb 15, 2020 12:00 PM By: Adam A. Donaldson 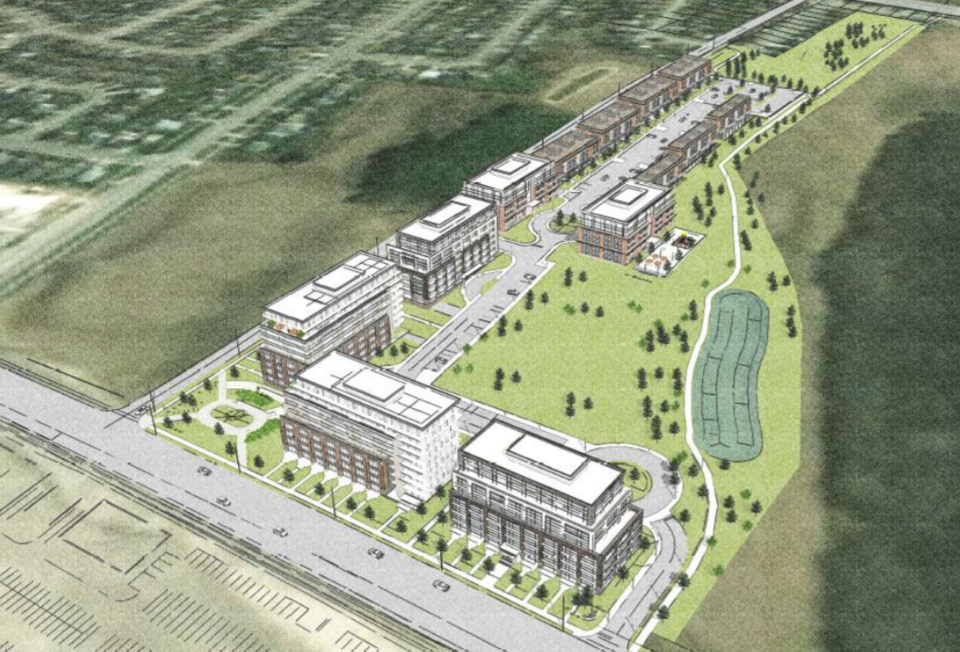 City council shot down this proposal for Whitelaw Road earlier this week.

To recap: Guelph has a housing crisis, we’ve got development applications coming to council to build more capacity, but we can’t build those multi-residential developments close to anywhere people currently live.

Once again at the monthly planning meeting, a majority of council seemed all too willing to drink the NIMBY Kool-Aid and voted against a development that would have built nearly 700 new residential units along a busy transit route, and within five minutes walk of a grocery store and a rec centre. It should have been a lay-up and the proposal came back to council twice to make it more palpable.

Between that, and the obvious distaste for the proposed Skyline tower at Fountain and Wyndham streets, it’s time for council and the NIMBYs to admit that they really don’t care about the city’s homeless crisis. They don’t care about increasing the city’s rental stock, or the people trying to rent in a place with a vacancy rate so low it might as well be zero.

It’s time for them all to admit that they don’t want to choose between building out and build up. They don’t want to choose at all. Too many in this town think that if they close their eyes, cover their ears and just forge ahead, they will look up and see a vision of Guelph that’s not only escaped the future, but has actually gone back in time.

Guelph has become the whipping boy of nostalgia. When we looking to the City 20 years hence, it looks like Guelph from 50 years ago with a vibrant downtown where everybody knows your name, no homeless people in the streets, and no towers in the sky. It’s a hopeful vision built, made and sold to the upper middle class, which increasingly seems to be the only demographic that the powers that be care about.

I know, I know, you all are in favour of development, but you just don’t want it where *you* live. Guess what? Neither does anyone else. Build up around the periphery? Why would you do that? There are fewer services, and two-storey homes as far as the eye can see! When proposals for the core come up, the people there talk about ruining the area’s character.

The problem is that traditional urban planning recommends that you build up from the centre and then out. One would have thought that he had learned this lesson after the Tricar and Metalworks towers went up along Wellington and Arthur Streets. These developments were despised, but they’re now symbolic of a thriving downtown.

The difference is classism. Those were condo towers, and Skyline wants to build rental units.

Guelph doesn’t like to think of itself as classist, but when you hear the counter-arguments to the proposed tower, it comes down to losing character, ruining the view of the Basilica of Our Lady, and not having enough parkland to satisfy the new additions. You know who cares about those conditions? It’s not people looking for an affordable place to live.

While I will concede that this one development won’t solve the housing crisis, you can’t ignore the math. We don’t have enough rental units in Guelph, which forces scarcity and allows landlords to increase prices in full knowledge that there will be people that have to pay. To bring prices down, and make the market more competitive, we need more supply.

So where are we going to get it? The only tower development I can think of that had a less than vocal amount of objection was a proposal to redevelop a Willow Road plaza that came to council last month. The feedback during that meeting was that people hoped that there would be apartments bigger than one or two bedrooms, but no one bemoaned anyone taking “their” sky.

It reinforces the idea that there are acceptable places to build in Guelph, and there are unacceptable places, and the latter is far outnumbering the former. We’re supposedly creating vibrant communities within the city, and vibrancy means diversity. I think we can now say definitively that Guelph doesn’t want diversity, it wants consistency.

The idea though that we can have consistency is delusional because even without Places to Grow, we have a lot people here now that need a place to live, and preferably they should be able to secure a place to live without working a second job, or sacrificing their pressing need to eat.

That’s the message we’ve wanted to send in the past, and for the longest time I believed in the image of Guelph as a welcoming place that can always make room for new neighbours. I don’t think that’s true anymore.