Market Squared: We need to talk about Guelph

Guelph is awesome! But there are a lot of stories out there that paint a different view of our community from the upside down
May 12, 2017 12:00 PM By: Adam A. Donaldson 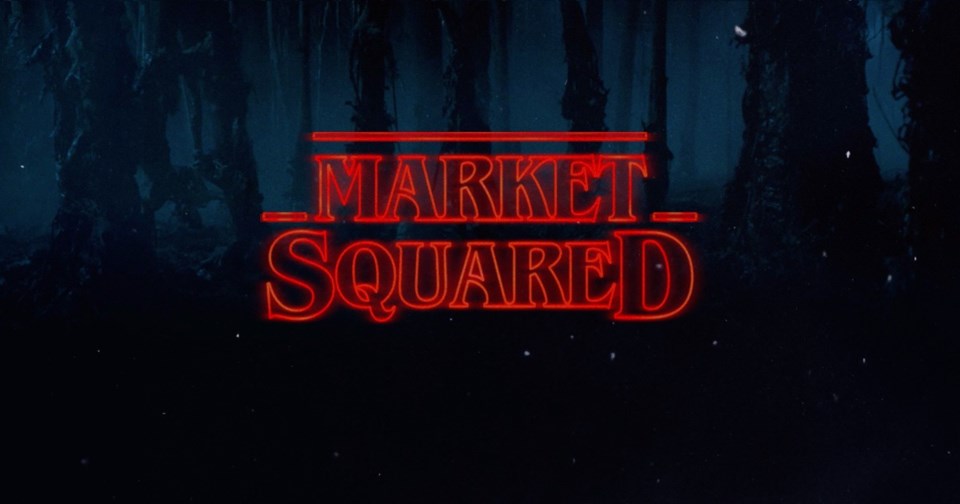 So I get a press release the other day, 'City wins two Ontario Water Association Awards.'

Good for us. It fits a narrative that many of us like to share that Guelph is awesome, it’s great to live here, and everybody’s doing just fine thank you very much.

But what about other narratives? What about the upside down?

If you don't know that reference, it comes from the Netflix series Stranger Things, an alternate universe that lives parallel to our own, but a dark reflection of our world and filled with shadowy, oil-slick monsters. One such monster kidnaps the friend of the tween heroes of Stranger Things, and introduces them to a menacing world that taints their otherwise idyllic suburban existence.

That’s something I started thinking about recently, the idea that there’s a secret Guelph that deeply affects a lot of people but so few of the majority of us ever stop to take note of.

And while none of that is to say that we’re lying to ourselves and that Guelph is a terrible place, but I think while we stroke our plumage in the name of civic pride, a great many people are being left behind, and we only barely seem to notice.

For example, there’s the closure of the Out of Poverty Society last month, what was typically known as 40 Baker Street.

It would be incorrect to call 40 Baker a home away from home because honestly many of the people who frequented there didn’t have a home, and now, neither does the OOPS.

There wasn’t a lot of outrage, but cynically I think there are more than a couple of folks that are now relieved to travel down Baker and not see any of “those people” hanging out across the road from where they park to access downtown shops and services.

Of course, those people included Brandon Duncan, a man who suffered from physical and mental illnesses who was shot to death at Guelph General Hospital by police in 2015.

Duncan spent most of his adult life homeless, and as a consequence spent a lot of time at 40 Baker. When he was killed on May 20, 2015, the news focused on the cold, clinical fact of his death and the response of the SIU, the Guelph Police and hospital security.

In the following weeks it would be the people at 40 Baker who would humanize him in the media.

Strangely, there were three people who frequented 40 Baker that died within a couple of weeks of each other in the spring of 2015.

The more well-known was Chris Schweitzer who was shot outside his Tiffany Street home in June 2015; Sean Haverty was recently convicted of manslaughter for the crime.

Less well-known though was Joel “Coffey” Slofstra, who was found dead in an empty apartment in 90 Carden at the end of June 2015, but only after other residents noticed a terrible smell on the third floor.

I think for many of us, it’s hard to imagine a world where we die alone in an apartment that’s not ours and with only the smell from decomposing flesh being a reminder that there was once a person with your name. Google the name Joel Slofstra and the first item that comes up is the news item about his unfortunate death almost two years ago.

Speaking of unfortunate, let’s look at the police blotter.

It feels like not a day goes by lately without some mention of people being arrested for break and enter, causing a disturbance, or even stealing a bike without also there being a mention that this person was found with pills, methamphetamine, or something, ahem, stronger being found on their person.

We keep hearing about the creeping concern about fentanyl, but it seems that there’s already a pretty significant drug problem here in Guelph.

Another problem? How about all those University of Guelph students that have taken their own lives in the last year? Over the course of the last school year, four different students committed suicide, prompting a serious examination by all sectors of campus to find where the ball was being dropped, and why so many, with so much ahead of them, could see no way to continue living.

It would be unfair to call this a “Guelph problem”, mental health doesn’t know jurisdictions, but these things seemed unusually concentrated in the Royal City this winter.

The civic accomplishments of one’s city doesn’t put a roof over your head, or get you off drugs, or make you think life’s worth living.

Living in Guelph doesn’t matter when you don’t have a home, or your sobriety, or if you don’t think you can confide in anyone about your mental illness.

The flipside though is how can any of those people ever feel comfortable sharing their plight, or reaching out for help, when they are so stigmatized. The ones with problems we can’t see, see the way we treat people with issues that look us straight in the face.

We try to ignore them, we try to avoid them, we get mad when they inconvenience us, and we think the solution to their problems is as simple as finding a job, or finding an apartment. Would that it were so simple.

Rob O’Flanagan wrote a great story for this very publication last year about a homeless camp that was dispersed by the trifecta of campus police, Guelph Police and bylaw.

Where they went, it didn’t matter, but they couldn’t stay there! It’s as if the only thing keeping them from getting a home is someone in a uniform telling them to get a home.

That story, by the way, has 247 shares and 21 comments. But a GuelphToday story about two Taco Bells coming to town? 1,300 shares and 111 comments.

It speaks to how there are vastly different needs in our community. Some people need addiction treatment, and others need their Cheetos Crunchwrap Slider. Both are legitimate needs, but it seems like only the one has enough resources to be answered right now.

For those living in Guelph’s upside down, things only ever seem to get more dire.

A lot of good things happen in Guelph, and there are a lot of wonderful things about our community, but there are cracks in the facade that I think are giving us brief glimpses to another world where people can’t look forward to what’s coming because they only ever get left behind.

How we make our society a place where everyone moves forward together is an ongoing concern, but one that only occasionally seems to be a priority.

The ouroboros shaped city council discussion predictably eats itself
Nov 7, 2020 12:00 PM
Comments
We welcome your feedback and encourage you to share your thoughts. We ask that you be respectful of others and their points of view, refrain from personal attacks and stay on topic. To learn about our commenting policies and how we moderate, please read our Community Guidelines.