Market Squared: When you and Tony Saxon almost become street pizza, it makes you think

It makes you think about all the drivers who think they can do whatever they want in their car because they have a car
Jan 19, 2017 12:00 PM By: Adam A. Donaldson 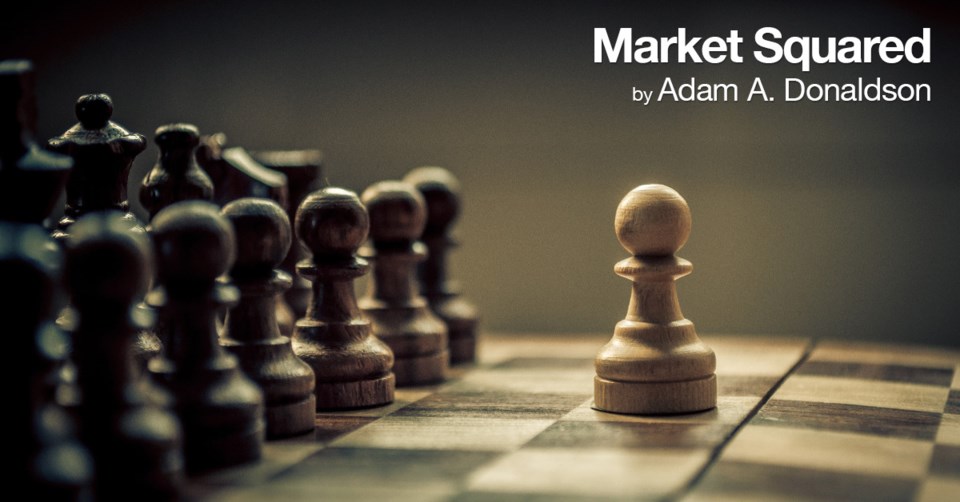 If you’ve been online recently you might have seen the 39-second viral video of music teacher Victor Jung literally fighting a car.

Somewhere in Ottawa last weekend, the avid cyclist was going about his day when he pulled up at an intersection and - yada, yada, yada - the car behind him started ramming into his bike.

I yada yada’d the part about the reasons why this nameless driver started to re-enact Steven Spielberg’s Duel with a supposedly unsuspecting cyclist because we don’t know — but this is far from an isolated incident.

While walking through downtown Guelph on Monday afternoon, in the company of GuelphToday’s Tony Saxon talking about the committee-of-the-whole meeting and the exact location of the old King Edward hotel, we were nearly street pizza at the intersection of Wyndham and Macdonell.

That may be exaggerating, and Tony may remember it differently, but when you walk enough you become acutely aware that some drivers are just far too aggressive.

And here, on Monday, some otherwise nice looking old lady was leaning heavy into a left turn around the corner as pedestrians crossed lawfully and with the lights. She was close enough that I could have re-enacted Dustin Hoffman’s famous scene from Midnight Cowboy.

Am I overly sensitive? I take that as a possibility, but what about poor Linda Coolen in Halifax. Here, in one of the coolest (temperamentally) cities in the country, the CBC reported on how a senior citizen with osteoarthritis, curvature of the spine and other health issues once had coffee thrown at her by a driver because she was moving too slowly across the street.

What’s weird is that the people yelling at her, honking their horns at her, represent all genders and all ages. The only thing they have in common is that they’re driving a vehicle and I guess that having to pause 20 seconds for a woman with mobility issues to cross the road is too big an impediment to their own freedom of mobility.

What does this have to do with Guelph?

It’s part of a larger trend, and it’s one you can’t see from behind the wheel: There are too many people out there who think they can do whatever they want in their car because they have a car.

Don’t believe it? I recently did an article for Politico about how people have been abusing the loop at the West End Rec Centre, parking in loading areas, blocking the bus from picking up people at the stop, and going the wrong way in the one way thoroughfare.

I asked Vikki Dupuis, the City of Guelph's Program Manager Recreation Facilities Operations, about the situation, and evidently no stone has been unturned to deal with it, including the hiring of a company to direct people, person-to-person, where they can and can’t park.

After a week, the company asked the Rec staff to never call them back. Why? The extreme rudeness of the people they were dealing with. The lesson of the day is people don’t like getting cursed out for doing their job.

A few blocks away at Willow West Mall, cab drivers will chat your ear off about pulling up the curb to pick up people and their groceries only to face a line of people parked in the drop-off area. Parked.

Sure, someone’s waiting in a car, and the engine’s off, but the person inside the store is getting more than a quart of milk. Delivery trucks have to park alongside in order to make their rounds, which essentially means they're double-parked on a roadway.

One cabbie I talked to says she doesn’t even bother asking people to move anymore. On a good day, she gets the finger, and you don’t want to know what she gets on a bad day.

I’m sure some people reading this might have quit already under the somewhat correct assumption that this is another rant by a radical left wing loon that hates cars, hates people that drive cars, and wishes that everyone was a bus-riding, bike-peddling, sandal-wearing carbon neutral tree hugger that is always asking, “Can you dig it?”

Perhaps there was a time when the personal automobile was seen as a tool, just another mode of transportation that gets us from Point A to Point B.

Now, for many people, cars are an extension of our living spaces. People eat in them, sleep in them, keep clothes in them. It’s your dining room, dresser, vanity, rumpus room, and if the occasion calls for it, you can transport other people to where they need to go.

It says something that in the summer you see people getting drive-thru and then sit in the restaurant parking lot to eat rather than just going into the restaurant.

But sitting in your car to chow down on a Big Mac, or a Whopper, or a cold cut foot-long doesn’t put people in danger, nor does it make people feel trepidation when trying to cross the street at their own pace.

It sounds crazy to say this, but seeing cars creep through a turn out of the corner of my eye is more concerning than seeing some jerk tear through right in front me.  I have crossed the street and felt the breeze from some car blowing past me immediately behind my back, and I’m forced to wonder if something had gone differently for a second —  like if I dropped my package or slipped on a patch of black ice — would my life be over because someone couldn’t spare a couple of seconds?

Very true. I hate it when I’m on campus and patiently waiting at the crosswalk on South Ring Rd. or College St. as streams of students cross without stopping while the hand’s up.

I believe that when pedestrians and cyclists break the rules of the road, we're practically saying it’s okay for drivers to mow us down, and it’s not like some of them are waiting for permission.

Still, drivers must accept the advanced status of their mode of travel and treat it more as a responsibility than a right. As I always say, if you, as the driver, screws up, and hits me, being the pedestrian, then I’m dead, but if I screw up, I’m still dead.

Call it your ride, your baby, or whatever pet nickname you’ve come up with for your car, but that thing you're driving is still a two ton battering ram traveling at 60 kilometres per hour.

The solution here, like a lot of solutions, comes down to respect.

Those that drive and those that don’t both have to respect the rules of the road, and recognize that we’re all entitled to our spaces.

We won’t walk into the crosswalk without seeing the little bright walking guy, and you don’t plough through a left turn as reporters, pumped after a thrilling committee meeting, are trying to cross the street.

And if someone should happen to rap on your car window to point out you're parked where the bus needs to stop, just thank them curtly, move, and let them have it later in your own GuelphToday column.