QIMBY, corruption, and 'social incompatibility' do not make a great trilogy

In this week's Market Squared, we look at the delegates and the councillors, and realize the truth is that nobody looked good at this month's planning meeting
0
Nov 16, 2019 10:00 AM By: Adam A. Donaldson 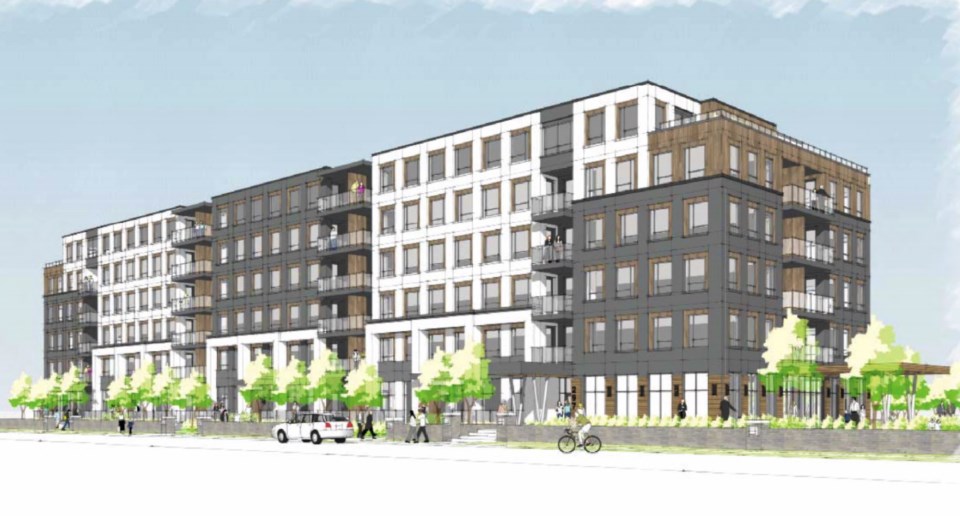 The lesson should have been fresh in everyone’s mind at council on Tuesday night, as soon as you talk about “those people,” you’re done, no matter what you think you mean.

It was about 24 hours after Don Cherry was fired, and about 72 hours after he said the thing that got him fired, so there was really no excuse when the people protesting the approval of a six-storey apartment building started talking about “social differences” and “social incompatibility.”

And before you say, “yeah, whatever,” my own boomer mother knew what was being referred to when she watched the meeting playback from home, especially when one delegate talked about renters and "social differences" possibly leading to “crime and vandalism.”

Yes Virginia, they were talking about students, low income people, and anyone that doesn’t fall tidily into the traditional mode of what the suburbs looked like in the 60s, 70s, and 80s.

I have a feeling that the people in this area will be outraged at the assumption that others in Guelph think of them as racist, classist, ant-immigrant, or anti-student, just as Cherry didn’t think that when he said “those people” that he was referring to immigrants and/or people of colour.

The problem is that there’s a difference between what these people think they’re saying, and what people are hearing, and what most people heard was that if you’re not able to afford a single detached home in this area, then you’re not welcome.

When you make it about the people moving in, and not what kind of building they’re moving in to, the argument that you’re QIMBY (“Quality In My Back Yard”) and not NIMBY goes out the window. It’s like when you find out the super-villain had a simpler more devastating goal that he secretly achieved while the hero stops the world from blowing up.

In the end, the concerned residents in the area of Gordon and Lowes only had to get one councillor on side to kill the project outright. As soon as the word, “social incompatibility” were uttered though, you could feel the sympathy of the room change.

On the surface, this was probably the right call, and it was the call that should have been made a month ago. There was no reason from a planning perspective to turn this down. Gordon is an intensification corridor in the Official Plan, staff worked with the developer and the neighbourhood to look at options, and some concessions were made.

It wasn’t the concession that the neighbourhood wanted since many of the delegates talked about living in this area for decades when they were one of the first ones to move in. Sorry guys, the city caught up with you.

Of greater concern though was the way this file was handled. The question as to whether or not all this happened within the rules of council is still nebulous, even to me as a careful council observer. Did the October vote fail, and how are some tie votes failures and in this case it’s a “non-decision”?

I’m willing to entertain the possibility that the difference is the way that a planning application is handled, but the uncertainty opened the path to accusations of conspiratorial allegiances behind the curtain.

This is why transparency is so key, and why I’ve spent the better part of my time writing this column leaning at that windmill.

The closed meeting room may not be a proverbial cloak room, but too much happens in the shadows, and while there may not be anything there that isn’t in the light, we only even have council’s word for that given the rules of confidentiality in-camera.

It wasn’t surprising that someone accused council and developers of having their hands in each others’ pockets, but it was kind of surprising that someone would say it at the podium in front of council. That stuff is usually reserved for online forums and social media, but the accusation was left before the horseshoe this week live, and in-person.

They did not respond well.

Of course, it’s only natural, and human, to have a visceral reaction to an attack, even a baseless one, but a councillor’s repeated emphatic denial that there’s anything shady going on is not going to be convincing to the one making the accusation. And frankly, the louder the denial, the more one is liable to think that the accusation is hitting close to the target.

Let’s focus on the “social differences” that matter, the difference between a people asking for more information from their government, and a government that wants to give it to them.

The debate over leash-free parks was (sigh) for the dogs
Feb 8, 2020 12:00 PM
Comments
We welcome your feedback and encourage you to share your thoughts on this story. We ask that you be respectful of others and their points of view, refrain from personal attacks and stay on topic. To learn about our commenting policies and how we moderate, please read our Community Guidelines.