So many feels after the latest library debate

This week's Market Squared tries to answer all the controversies following this week's special meeting of council.
0
Sep 21, 2019 12:00 PM By: Adam A. Donaldson 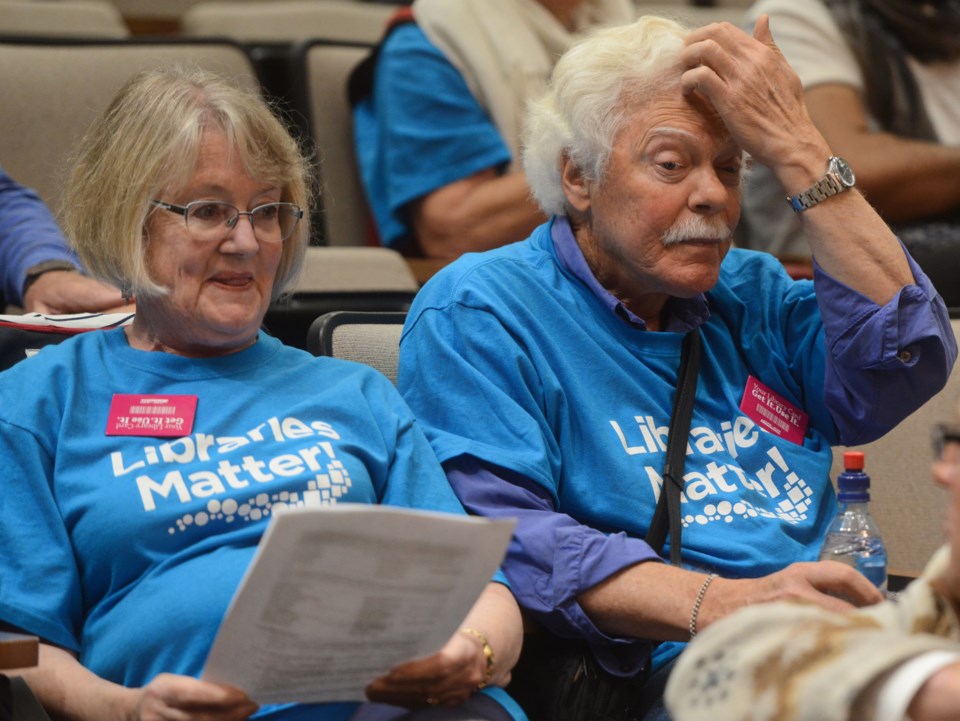 Growing up, the library was always associated with quiet, but the debate over the new library this week has been as loud as a demolition site.

I get that people are concerned about the proposed $67.1 million price tag. You should be concerned because that’s an awful lot of money. In fact, it would be kind of disturbing if the nine councillors that voted in favour to proceed weren’t scared about the risks of spending that much money on one project.

I know that I have some thoughts and concerns coming out of the meeting, but they don’t really have anything to do with the vote itself, or its potential implications.

First of all, the overwhelming temperature on social media and in the comments sections have been negative. My question: where were all these people at Monday’s meeting?

All the delegates and the correspondences I read were in favour of proceeding. The skeptical councillors that ended up voting against the new budget said that they were hearing from people that wanted to pull the plug on the project, but these delegations are apparently only known to certain councillors. Where were they?

“Facebook,” a nameless media colleague told me when I wondered that aloud mid-meeting.

Speaking of Facebook, I’ve noticed a number of people post about how $67.1 million can be better spent on Guelph’s most vulnerable. I saw one advocate warmly welcome (sarcastically) all these new people looking to support the homeless in the Royal City.

That’s the point, of course, is that all these same people saying that the library budget would be better-spent clothing, feeding, and housing the homeless the day after council, are the same ones calling them junkies and losers the other 364 days a year.

And let’s nip this in the bud permanently: The city is not choosing a library over a hospital. I’ve seen this posted so many times, in so many places this week that I couldn’t respond to them all, but despite protests to the contrary, the City of Guelph can’t just choose to build a hospital.

You want a hospital let me introduce you to this gentleman, his name is (checks notes) Doug Ford.

But old talking points are nothing new because the same arguments about affordability and timeliness were the same arguments used 20 years ago when the council of that time killed a much cheaper plan to turn the old post office into the new library.

That brings me to one of the most emotional moments of the evening on Monday night, when councillor Cathy Downer gave her “Mr. Smith” speech by noting the long sad history of this project, and how no other infrastructure project in the history of the city has had to jump through such hoops. And Downer would know because spent much of the last 25 years on council watching the library jump through them.

Meanwhile, progress moved pretty quickly for the new headquarters of Wellington-Dufferin-Guelph Public Health and the multi-million dollar renovations of the Guelph Police Service building. Maybe it’s a bit easier to convince people of the importance of public health and the police.

That leads me to the argument of the living dead that are coming back to haunt this week, “Who uses libraries anyway?”

It’s true if you only measure library usefulness by how many books get checked out every year, it might be hard to see. Also, blessed are the Facebook arbiters of what’s a good investment, because they are the ones that say they haven’t stepped foot in the library for years because of the internet.

It’s strange how easy we forget that not everything is equally in this society. Not everyone has a smartphone, and if they do have a smartphone not everyone can afford a data plan. And while there’s a library’s worth of knowledge from all the world’s libraries at your fingertips now, we still need people to curate it, and tell us how to find it.

Google’s often only useful when you know exactly what you’re looking for. That piece of information should have double the meaning to all those who yelled at the internet gods for not knowing this vote was going to happen.

If your outrage stems from the idea that the shovels would be in the ground on Baker Street on Tuesday, relax because the project still needs to be approved in the capital budget, and there still needs to be final designs and project tenders.

And, oh yeah, construction isn’t expected to begin until 2021!

One delegate on Monday night, an older gentleman, said that even if ground is broken in two years, he still might be dead by the time the library opens. Frankly, despite Monday’s progress, I’m not entirely sure that I won’t be dead before the new main library’s built.

And when that day comes, sometime in the 2050s if the average lifespan for a white male in Canada remains unchanged, there’ll still be people saying a new main library is too expensive, the time isn’t right, and who still uses libraries theses days anyway?