Some Labour Day thoughts in no particular order 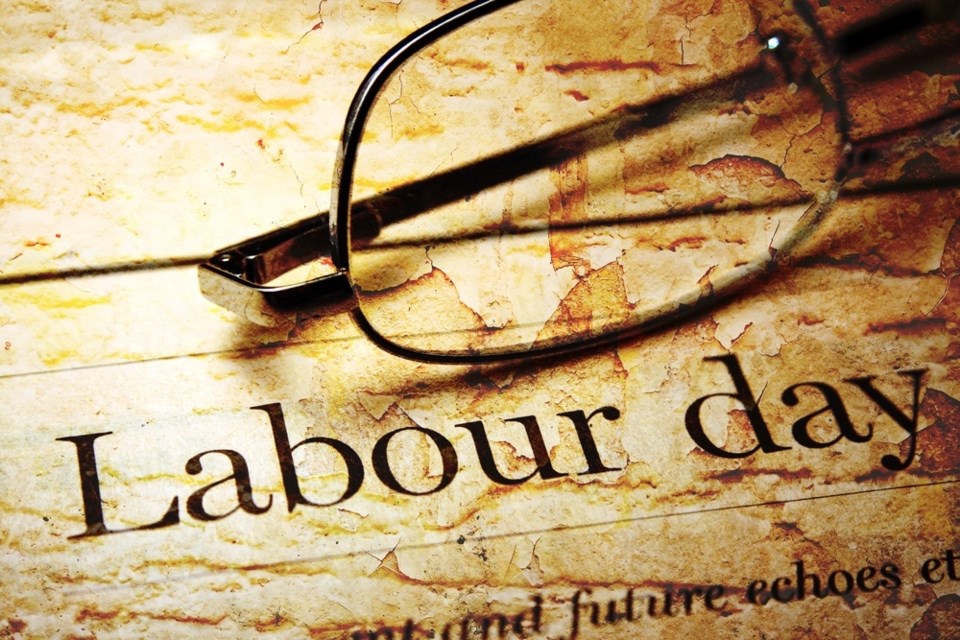 Monday is Labour Day, and I have so many thoughts. Strap yourselves in, this is going to be a bumpy one.

For instance, Beer Stores will be open for the first time on Labour Day this year, and I saw some people on the local TV news that couldn’t be more excited as they ignore the fact that workers who once would have gotten the day off – you know, because it’s *Labour* Day – will now have to work.

I know, I know, not everybody gets the day off. And I know that the Beer Store itself is being conciliatory in the wake of the Provincial government trying to dismantle its monopoly.

I remember ye olden days when Boxing Day was an undisputed day off, until a number of small business retailers pushed the government to be allowed to open on that stat holiday. Of course, the bigger stores weren’t going to let that slide, so they too opened on Boxing Day with the blessing of staff who would only have to “volunteer” to work on that day.

I’ve been in retail off and on for 20 years, and I only ever recall being asked once if I wanted to work Boxing Days on all the Boxing Days I’ve ever worked.

But such is life when your career is a retail clerk, and I’ve noticed on social media that a lot of people have been coming to the defense of some retail workers by refusing to use automated checkouts.

The expansion of the automated checkouts at many area big box stores is a sign that in the 21st century really no job is safe if it can be done by a machine, and while I appreciate the sentiment of going all Spartacus for cashiers, the thing you have to understand is that you’re really not saving a job.

In fact, while there’s definitely a dollar value attached to having fewer cashiers, there’s also a dollar value for stores themselves in terms of savings in hiring and training cashiers, which is the hardest position at a store to fill.

Like coal miners, there’s no love by the worker for the job they do, but unlike coal miners, a cashier isn’t well compensated for the dirty work they must perform, and all the dangers and hiccups that they’re required to deal with on a daily basis. Namely, the people.

Ah yes, compensation. I wonder how many of those same people pulling for the cashiers would come out in favour of them getting a living wage. Of course, that would mean treating retail work as “real work” and, of course, we all know it’s not.

Now that last line is sarcasm, but If I can say something without a trace of sarcasm, as it relates to labour, it would be that local labour organizers have to step up their promotion game.

I was walking downtown the other day, and since no one was bludgeoning me with my own cane, or threatening me with a machete, I was able to notice the posters for Monday’s annual Labour Day Picnic.

I then tried finding information about the Labour Day Picnic later online, and was surprised to the degree of digging I had to do to find just one webpage that mentioned the 2019 iteration of the event. Do we not Facebook?

This is part of a trend with labour organizers, a kind of skittishness about modern tech. I spent a lot of time in the month of August trying to find a guest for the Labour Day episode of my podcast, and it felt like a bother, which is weird because the point of advocacy groups is to find new ways to advocate.

And it’s not the first time I’ve felt like I was arm-twisting organized labour to talk about organizing labour. It’s a topic that’s hard enough to cover because of the age old labour tradition of keeping every last micro-second of negotiations secret until everybody’s ratified the agreement.

To use a sports analogy, we don’t need the blow-by-blow, but we at least need to know what game is being played.

That’s kind of off-topic since I just wanted to know where a picnic is going to take place, but at a time when workers of all stripes feel like no one’s looking out for them, shouldn’t the unions be more accessible?

Of course they should, and I’m sure labour organizers already think they are, but a lot of people who might enjoy the camaraderie and protection of a union disappointingly lump them in with big business, and big government: just another group that doesn’t care.

So that’s the long and the short of it! All you care about is your own comfort, you claim to care about workers but finch if someone (like a Provincial government) tries to help them earn a living, and the unions aren’t helping themselves being technophobic.