Some thoughts on the Guelph 2020 budget 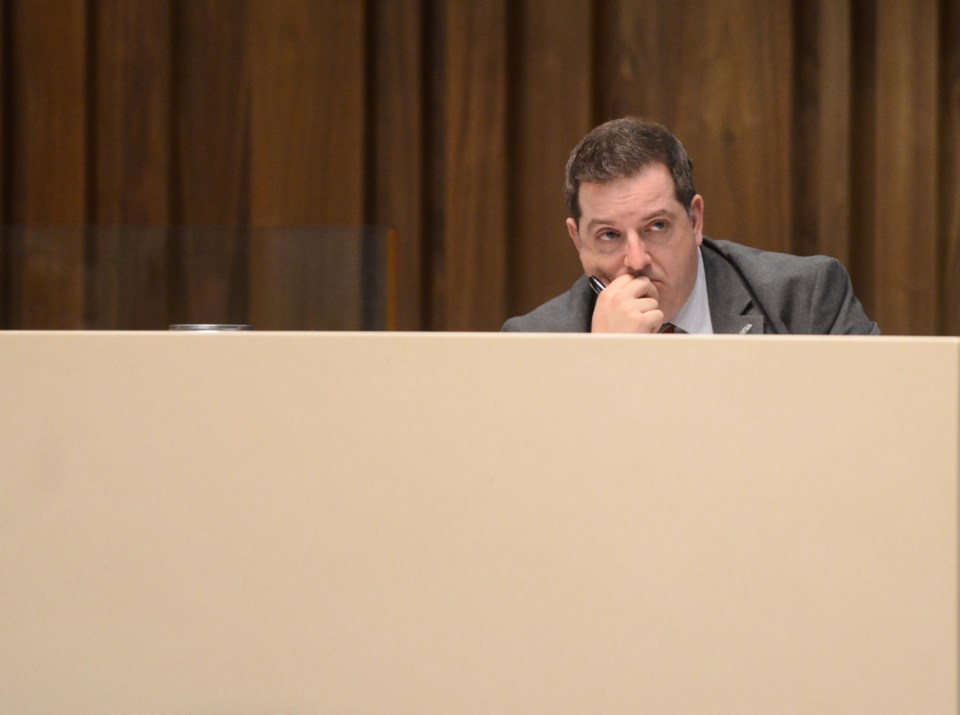 Let’s talk about the budget. You know that thing that’s more akin to calculating the fuel you need to send someone to the moon and back than something you do at your kitchen table with a $5 calculator.

The magic number for the year is 3.91 per cent, which translates into an extra $14 per month on average for a home assessed at $400,000. For that price, we’re getting 30 new staff members for the police, three additional buses, and some community funding for Guelph General Hospital.

Not bad for nearly six hours of work on a Tuesday afternoon, but there’s a lot to think about when we look back on how we got there.

Perhaps the biggest issue to come out of this year’s budget, from funding a hospital expansion to funding social programs to help the most vulnerable in the city, is that the city council is being asked to cover more and more for the shortfalls of upper levels of government.

Councillor Mark MacKinnon tried to take a moral stand that the city was being asked to drive too far out of its lane, which is a fair point and well argued, but in the midst of trying to decide who’s to blame, more and more people are falling through the cracks.

You’ve heard of “demolition by neglect”? Well, these issues in our city could be described as “deficit by neglect”, which is a way of saying that there’s no explicit mandate for the Provincial government to fund specific programs like a court support worker, or a supportive recovery room, but they’re very, very necessary.

“Deficit by neglect” also describes the current state of social housing. There has been no new social housing developed in Guelph in the last 20 years, even as the need’s increased, housing in Guelph has gotten more expensive, and vacancy rates hover around the mark of full vacancy.

On top it all, Guelph doesn’t even have much authority in terms of developing housing in our city. The most authority Guelph has is the $22 million cheque we write to the County of Wellington at the beginning of every year.

This is why much of the social housing ambition of some members of city council has been stymied; the City of Guelph just doesn’t have the expertise, or the mandate, to make social housing happen.

We see the need, we can talk and commit ourselves to doing something about it, but that’s as far as it goes. You can personally commit to building a boat, but unless you personally know how to turn a pile of wood of into a sailing vessel, you’re not going anywhere fast.

Having said all that, leadership is about acting when others will not, or cannot. The problem has not gotten better while we’ve waited for others to act, and, at the very least, this drive for members of council to act has at least started conversations, which is the beginning of how decisions are made.

Next, in this stream of consciousness I’m typing, let’s talk about the police.

This town is in the midst of a struggle between two parts, the part that feels the super safe Guelph of old is disappearing in a fog of addiction and property crime, and the part that’s aghast when it hears the idea of people carrying knives downtown just to feel safe.

There are people who have experienced property crimes and feel understandably violated, and there are people who hear about others being afraid to go downtown and just don’t get it. Between these two points is a gulf built on personal, anecdotal experience, and you can’t build a bridge across that unless someone has a different personal experience.

As we enter the new year, we need the police service find a way to connect the two sides a with case built on statistic and fact, and provide clear benchmarks as to how citizens will see improvement in those statistics.

And finally, if you are not the fan of the 3.91 per cent increase, it’s not the fault of the library. Not only is the construction of the new main library not a part of the tax supported operating budget for 2021, (because it doesn’t belong there), it’s not even in the capital budget for 2021.

The case of the library should actually be a warning for all future budget discussions, because what would have cost less than $20 million 15 years ago is now going to cost close to $70 million. And if we’re to measure the economics of a city in the same we look at the economics of our home, then we should appreciate how not spending today, can lead to more spending tomorrow.