The emergency's not a secret, so why is the task force?

This week's Market Squared discusses why a public emergency needs a full public engagement
0
Jan 18, 2019 10:00 AM By: Adam A. Donaldson 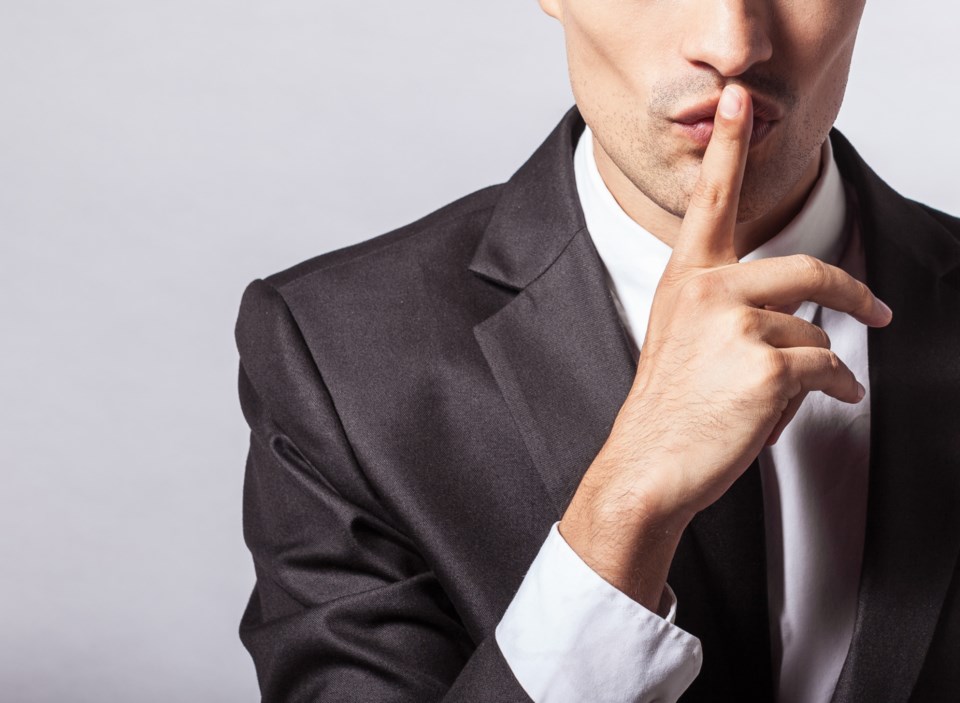 I don’t like conspiracy theories. It assumes that people, as a group, are smarter and more tightly self-controlled than they really are.

That’s why when I read articles on certain local websites, or social media comments, claiming that city council is a cabal making sweeping decisions in darkened cloak rooms away from public eyes, I take it with a grain of salt. If things were that dire, people talk. I have some experience with this.

Having said that, I have to ask why the first session of the Mayor’s Emergency Task Force on homelessness was closed to the media?

When I heard this, I assumed it was a confidentiality issue, or it was Mayor Cam Guthrie’s intention to create an atmosphere where people could speak freely and not worry about the spotlight, but participants posted about their participation on social media, and the Mayor shared his own notes and comments from the meeting on his blog.

So, if it wasn’t about secrecy, then what’s with all the secrecy?

I’m sure that the Mayor would, and will, take exception to that. No one’s been asked to take an oath, or anything. But we, the media, have big mouths, and when we start talking about days, times, and locations, you never know who might show up.

The Task Force meeting was a collection of the usual suspects: Police Services, Guelph Community Health Centre, the Poverty Elimination Task Force, the Welcome In Centre staff, political staff from all levels of government, et al, but what about people with lived experience?

Let’s put it this way: Would you have a business development meeting without inviting any local business people? Would you talk about promoting local arts without bring in the artists themselves?

It might be impractical to have the homeless report to a meeting to discuss their circumstances. At the same time, the optics of rounding them up for delivery to the government, even with good intentions, is less ideal too.

How do we engage the people most affected by an issue, and make them part of the process?

That should be the first big question of this process. Imposing solutions on the homeless, by people who are well-housed, well-clothed, and well-fed seems to be problematic, and to be honest, if these options were going to work, they would have worked already.

But this seems like the direction we’re coming from as the Homelessness Task Force begins its work.

From Mayor Guthrie’s own notes, “At house after house, on doorstep after doorstep, people were talking about the same thing – safety.

“Quite frankly, people are tired of their cars getting broken into. They don’t feel safe walking at night. Children are seeing needles in parks.”

Of course, people have a right to be concerned about their safety, but are we addressing homelessness in the city because there’s a moral imperative to make sure people have somewhere to live, or to ensure public safety?

When the mayor announced his task force at the council inauguration back in December, I noted how his tone almost sounded like he had just discovered the breadth of the issue. What’s problematic about the *Emergency* in the Emergency Task Force, is the suggestion that Guelph’s housing issue just sneaked up on us.

To Mayor Guthrie’s credit, his remarks reflect the fundamental dichotomy of life in the Royal City, “I thought, there is no way, in a prosperous city like Guelph, that we can turn a blind eye and accept that people are living like this,” he said.

My Open Sources Guelph co-host Scotty Hertz called it a “study in contrast” on Facebook, how two news stories in the same week tell of an 18-year low in the unemployment rate while the city announces a new protocol for handling homeless encampments.

“How can a town in boom be equally in bust?” Hertz wrote.

Of course, one of those is a better story. In the last week, we read again how BMO called Guelph Canada’s Best Labour Market in the last quarter of 2018, and it was shared far and wide on social media. But who is the market best for, and does it mean they’ll be able to find and afford a place to live when they get here?

When you start thinking in those terms, you start appreciating the breadth of the issue of homelessness.

I’ve personally struggled with how you cover poverty issues beyond the band-aids, the awareness campaigns, the cold weather alerts, and the food drives. How do we start to solve the problem?

Mayor Guthrie’s efforts are commendable, and they should continue, but this is a community problem, and it should be discussed within the community. At the very least, any solutions that the Task Force come up with will require community support to realize, so why not put everyone on notice now? This is an emergency, right?

Hopefully the next meeting of the Task Force will be open to the press, and perhaps, open to those other than the invited.