This week's Market Squared is still shocked about the utterly predictable lockjaw council got about reorganizing itself.
Nov 7, 2020 12:00 PM By: Adam A. Donaldson 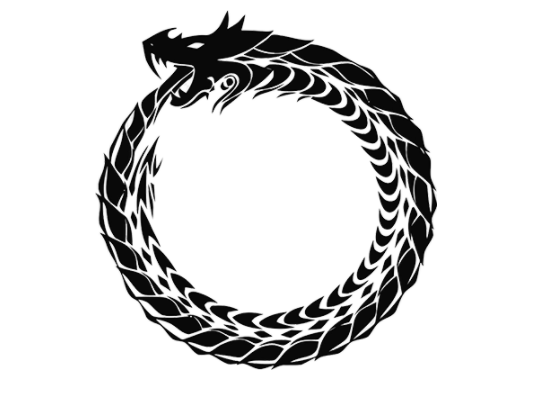 Fun fact: the symbol of the serpent eating its own tail is called an ouroboros. Why am I mentioning this? No reason.

On the other hand, if there was a Guinness World Record for the most times a government body has performed a colonoscopy on itself, Guelph city council would win hands down.

I write this shortly after sitting through four-and-a-half hours of a special council meeting on the completion of the first phase of the Council Composition and Ward Boundary Review. To no one’s surprise, most people hated the recommendation, and to no one’s surprise, council almost immediately decided to undo any and all progress on the matter.

At this rate, I fully expect that when council sits down to discuss the first multi-year budget next week there will be someone that will want to throttle back and return to the old way of doing the budget for one more year until we can get a “better hold on things.”

Since we’re talking about changes to city council, let’s consider a basic one and start putting people on council that are prepared to make decisions. As a constituent, I’m getting pretty tired of watching council hit a ball deep into the outfield and then decide as they’re rounding third that they would rather run in the opposite direction back to home plate and trying hitting a home run instead.

As recapped at Thursday night’s meeting, this review has been in the works since 2012. It was pushed back in that term of council, and then pushed back again in the one after. When council last redrew the ward boundary lines and re-organized council Guelph had 88,000 people. In 10 years, we will have almost twice as many people living here, so by all means let’s put this off again!

We don’t need to rewind this process and put together a citizens’ assembly. If that was so important then it should have been a part of this process from the word “go,” and is there really an expectation that such a group would attract voices radically different from those that have already been a vocal part of this process so far?

Referendum? It surprised me that none of the electoral reform advocates that delegated Thursday night pointed out that referendums invariably favour the status quo. That’s why those same advocates, if they support a referendum call, suggest having one election under a different voting system first so that people have experience voting both ways before a referendum.

Doing one or both of these things would delay any decision until well past the next election and into the next term, and I know that some on council Thursday night were fine with that idea, but are they labouring under the delusion that consensus will be more easily reached on something this big three years from now?

And lest you think I was in favour of the eight full-time councillors from eight wards model, I don’t think I am. The thing is that the consultants weren’t necessarily endorsing their ideas either. For all the crap that was shoveled on the fine people at Watson & Associates they had no dog in the fight and promised to take whatever direction council gave them, including keeping the status quo.

So Watson & Associates gave council the option of eight and full-time, but it seemed abundantly clear that council didn’t want to go that way. Fine, what’s next? Let’s move forward and decide if we just want to redraw six wards, or if we want to get really bold and join the rest of our comparators with 10 or 12 councillors.

The problem is that we’ve deluded ourselves into thinking Guelph is a special snowflake that will melt if we breathe it on, so we walk into the (virtual) council chamber and hold our breath.

We’ve conned ourselves with #GuelphProud and #Guelphiness, cute hashtags that capture our specialness in the higher order of municipal mythologies, and perhaps that’s true for the ones living their #BestLife on social media, but that doesn’t mean change is bad.

And if you think that our two councillor per ward system is super democratic, then I have to ask about the other two-thirds. You know, the number of Guelphites that didn’t vote in the last election.

It’s hard to tout the democratic merits of a system when the vast majority don’t participate in it, and while that maybe outside the scope of a project like this, it should be front of mind that the status quo is clearly not working for everyone.

The question going forward is whether or not the new council make-up is going to be more representative or less representative, not if the current council make up is more beloved than potential alternatives. Still, I have a suspicion that we’re going to go back to the same old same old because all this council seems able to do is eat itself.