This week's Market Squared shares your concern about the seemingly laissez-faire attitude of the police in our bike thieving free for all here in Guelph
Jun 22, 2019 12:00 PM By: Adam A. Donaldson 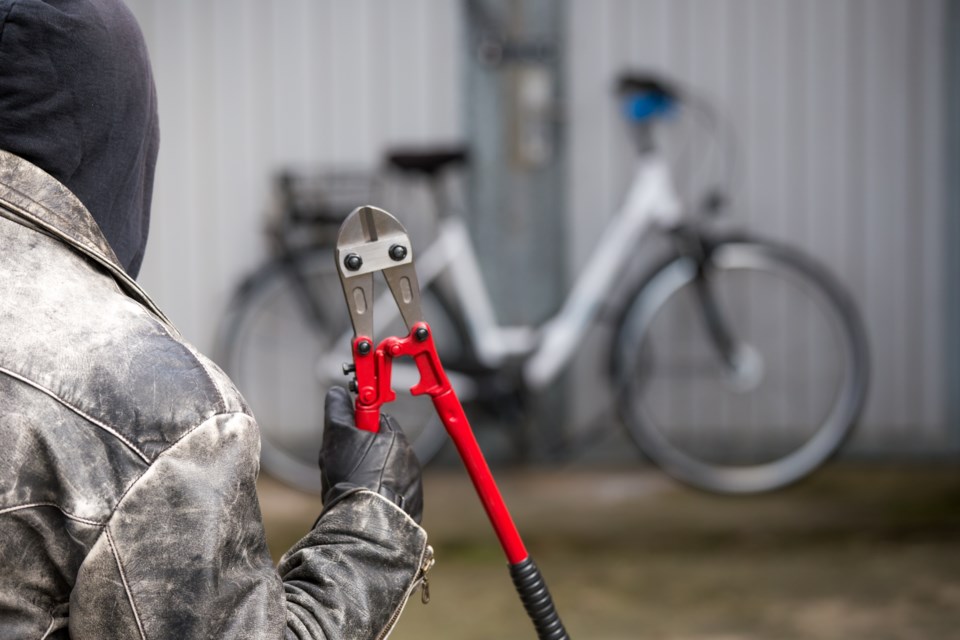 I was working last weekend when a familiar face stopped by the haberdashery that employs me.

I had never met this person I.R.L. (in real life), but he was very familiar to me since I’m a member of the local Guelph Bike Theft Reports Facebook page. I won’t name him, but let’s just say if GBTR had a most wanted list, he’d be number one.

On the other hand it’s probably unfair to make snap judgments about people who are, essentially, the subject of shared gossip on social media. Before you yell at me though, keep in mind that in our society you’re innocent until proven guilty, and yes, the pictures on this Facebook page are suspicious, even damning, but we can’t call someone a bike thief until you’ve seen their rap sheet.

Having said that, you can’t blame the members of that page for seeking justice on their own even if it’s just digital shaming and raising awareness.

At a forum on bike thefts at city hall on Tuesday, Const. Adam Roszell said that the police are aware of the group, and many of the people they snap photos of. “Yes, I can go on it right now and take a look and be like, ‘yep, that’s so-and-so whose picture is on there like 800 times and I know who he is,” he said.

Roszell was asked if people should take it upon themselves to get between a bike thief and a bike theft. Roszell said no.

“At the end of the day, it’s a bike. For you to get hurt because who knows what this guy has or what he is — there are so many variables,” the constable explained.

First of all, he’s right, you’re not Batman, no matter how many martial arts classes you might have taken.

Second of all, and this is directed back at the constable, he may understand the depths of frustration for the people of Guelph who want to protect their bikes, and in some cases have had multiple bikes go missing, but it was never not just “a bike.” This is someone’s transportation. A prized possession they’ve put a lot of love and care into maintaining, sometimes with their own two hands.

Imagine this was a car theft epidemic, and the police officer sent to speak to the public about it says “it’s just a car.”

Essentially, the thought is the same. Would you die for your car? Maybe, but how many would stand to hear Guelph Police say that they know many of the faces that steal cars around town, and hey, relax, because it’s just car.

Of course, there is a substantially different money value to a car as opposed to a bike, but the intent is the same, a machine meant to get you from here to there. And although there is such a thing as joy cycling, many people in Guelph use their bikes as a primary means of transportation to work, school, or for running errands about town.

And isn’t that the point? Isn’t that what governments and activists have been encouraging people to do these last few years? Even the new Wilson Street parkade will have about three dozen new bike parking spaces. Secure? Who knows, it’s just a bike!

Like on so many things in this town, there’s a wonderful lip service to the promotion of active transportation, but there’s a wide gulf between where we are and where we want to be. Your bikes aren’t safe when they’re parked, whether they’re locked to a bike rack or even locked in your shed. And we know for sure bikes aren’t safe on the road.

That’s not necessarily a damning comment on Guelph drivers, although there are issues in that regard too. On the bus the other day, I noticed we had slowed as a cyclist rode along side. He wasn’t going fast enough to pass the bus, and the bus was needing to pull into a stop to pick up passengers.

That’s an intimidating spot to be in as a cyclist, and I’ve been there. What is the etiquette in a situation like this when there’s no real separation? A bus has to stop to pick up passengers, and presumably the bus driver doesn’t want to cut off the cyclist or create a situation where a cyclist could be injured.

Talk about being caught between a rock and a hard place.

And that’s where you’ll find the Guelph Police Service on the bike theft issue. There are no easy answers except to do better to raise awareness because there’s a word for rounding everyone up and holding them indefinitely because you suspect that they *might* do something, and I don’t think that’s a word that the police want to be associated with.

In the meantime, the core idea of a citizens group guarding our bikes and keeping an eye on them for each other is a sound one. No one is going to care about your bike more than you do, and no one’s going to understand the ferocious protectiveness of one’s bicycle like other cyclists.