We want housing, but do we want to talk about how we get it?

This week's Market Squared says it's okay to ask questions, but we need to act on homelessness with consensus and consistency
0
Nov 9, 2019 12:00 PM By: Adam A. Donaldson 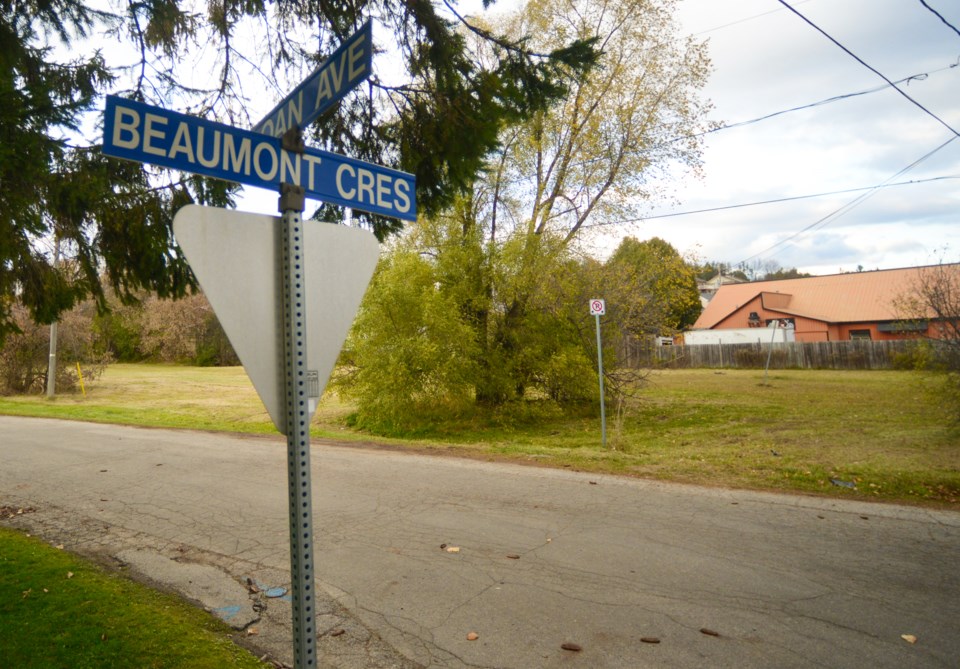 This lot at the corner of Beaumont Crescent and Sloan Drive on the city's east side is a potential home of 10 converted container homes. GuelphToday file photo

There were so many takeaways from this past Monday’s Committee of the Whole meeting that it was hard to settle on one, so let’s talk about housing.

One of the items discussed was an updated report on producing harm reduction housing in Guelph. For the cost of around $660,000, 10 cargo container homes can be constructed for some of the most vulnerable people in our community. It’s a steal at twice the price, which is about how much it would cost if this project were to be built on privately-owned land.

That’s why councillor Rodrigo Goller made the motion to have staff look at building harm reduction housing at 106 Beaumont Cr., a City-owned piece of property they’re presently doing nothing with.

All of committee endorsed the idea save for councillor Dan Gibson, who represents that particular area.

Gibson’s sole no-vote was based on two ideas: first is that the city has regulations and procedures for every new development and the other is that he didn’t want to send the message that Beaumont was being officially endorsed as the location.

Fair points to be sure, and in these easily partisan times where many people don’t read beyond the headline, it might be the conclusion of many that Gibson is the Scrooge of City Council asking, “Are there no prisons? Are there no workhouses?”

There should be room in any political discussion for someone to play Devil’s advocate, even on an issue as sensitive as housing.

Having said that, I think that there’s an understandable overzealousness to city council jumping on this project since so little has been done on the subject of social housing in the last few decades.

Also, so little is at stake with this project. We own the land, it will cost less than a million dollars to get the job done, and partner agencies will administer it all once the housing is built. In terms of political capital risked it’s like going swimming with water wings, a life jacket and a pool noodle. Sure, you could still theoretically drown, but there’s only an extremely small chance.

There’s been a desperate need for more social housing, supportive housing, geared-to-income housing and affordable housing in this city for years. Sometimes it seems like any build with the word “affordable” in it rallies support, even if the definition of affordable it uses means it’s just a little bit cheaper than market.

Meanwhile, Guelph’s vacancy rate is essentially zero. Finding a one-bedroom accommodation is more or less impossible and if you can find a place to live, you might be especially lucky to find something that only costs you 30 per cent of your income. It’s enough to make you want to give up and squat somewhere.

I was struck by something said at the Keep Our Friends Warm Rally last weekend in Market Square. It was observed that we have a lot of empty buildings in the core and that if you were to break into one for shelter, you will get arrested. A building is better protected than people.

Of course, tent cities are everywhere in Guelph, even if you can’t see them from the street. The city doesn’t promote that even though there’s a press release issued every time Guelph is named on another list calling us one of the best places to live.

I suppose “Come to Guelph, live in a tent!” isn’t the best promotional line you can come up with.

We know there’s a need, and we know there are barriers, but for all that we know now about homelessness, addiction, mental health, and inequality, we still get people that talk about the waste of time and resources helping “those people.”

We know that social housing used to be the responsibility of higher levels of government and then downloaded that on municipalities to save money, and we’ve squandered a lot of time waiting for those governments to realize their culpability on the lack of new resources.

We know that there are pressures on housing prices that are not so easy to solve when taken all together. You’ve got people using houses to build equity, speculation, money laundering and people being priced out of other areas, but we still hype the greatness of buying bigger, better, and fancier real estate over putting the emphasis on just giving people somewhere to live.

Housing should be the least partisan issue there is. Studies have shown that whatever problems that people are facing, step one to overcoming them is having a safe, secure, and warm place to sleep. Everyone suffers in their own way with their own unique set of problems, but if the first step to improvement is a nice place to lay your head, maybe we’re overthinking things.

In the next couple of weeks, whatever the differences are between councillors, let’s find a way to resolve them before homelessness becomes another partisan slap fight on social media.

The debate over leash-free parks was (sigh) for the dogs
Feb 8, 2020 12:00 PM
Comments
We welcome your feedback and encourage you to share your thoughts on this story. We ask that you be respectful of others and their points of view, refrain from personal attacks and stay on topic. To learn about our commenting policies and how we moderate, please read our Community Guidelines.