We're not fortune tellers but . . . let's make some council predictions

This week on Market Squared, we wonder what one city council meeting can tell us about the next four years
0
Dec 14, 2018 2:30 PM By: Adam A. Donaldson 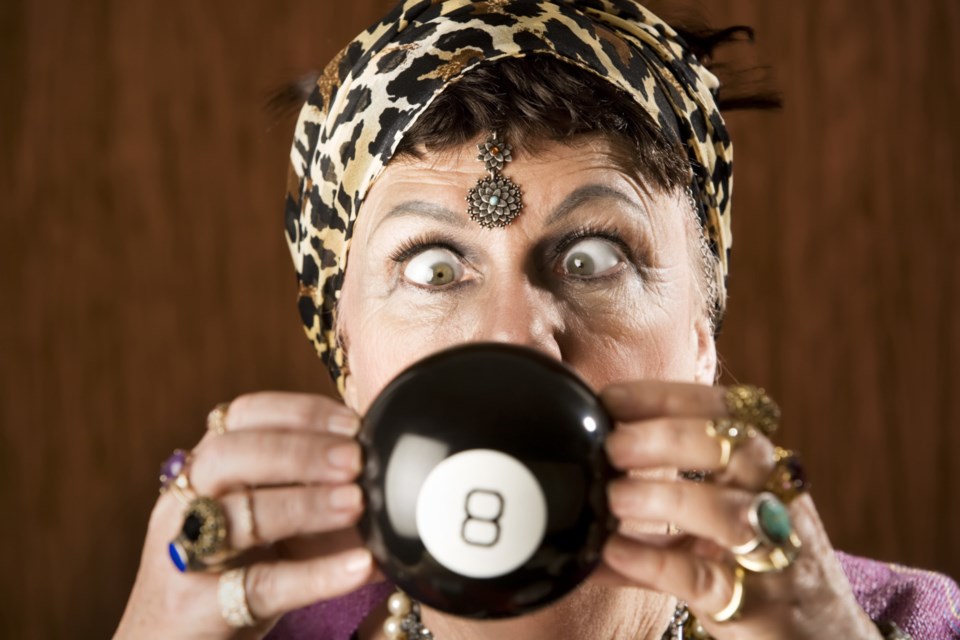 Magic 8 Ball says: development is going to be huge

First of all, we’re not in the prediction business. But what can this week’s first full meeting of city council tell us about the next four years to come?

Well, there was mayor Cam Guthrie’s directive early on to encourage council to be pointed and firm in its direction to staff. Or to put it another way, they shouldn’t be so “wishy washy.”

It’s a fair expectation given that almost the whole of council has at least one term under their belt, but it might be more difficult than you think. There’s a reluctance for our “part-time” councillors to override the expertise of our full-time staff, but here’s, perhaps, another argument to look at moving to a structure of “full-time” councillors if the mayor would like them to be more direct.

Since it was a planning meeting, there were some new developments on the docket. The pace of growth in Guelph was a hot topic this election, so it shouldn’t be surprising that some on council went hard on the development reps.

The sharpest critiques were saved for a development at Paisley and Whitelaw, which will build over 800 units in a variety of buildforms on a 17-acre plot of land on the western border of town. Literally, on the border.

Ward 4 councillor Mike Salisbury, in whose (not-literal) backyard this development could be built, said that this was an interesting case to start the new term of council with because “it will set the tone for this term of council.”

Salisbury and his wardmate councillor Christine Billings both had difficult questions for the representative from Armel, the landowner, and some of their colleagues on council joined in the inquisition. They questioned the parking, the size, the placement of certain features, and how much parkland should actually be dedicated on the site.

“Parkland dedication.” Be ready to hear those words a lot in the coming months.

In terms of more expectations for the future, councillors Leanne Piper and James Gordon put local developers on notice with future developments by promising to ask a specific question. Piper wants to know how you’ll help Guelph get to Net Zero; Gordon wants to know how much of your development is geared to affordable housing.

The one major non-development item was a request from Guelph Community Health Centre to get council’s endorsement to make their safe consumption site a permanent fixture at their Wyndham Street office.

From the sounds of things, this site has had a real effect on the opioid problem locally, and not a moment too soon because according to Wellington-Dufferin-Guelph Public Health, Guelph experiences twice the number of emergency room visits from opioid poisoning versus the provincial average.

It seems like a slam dunk but scanning some of the social media posts after the meeting, it seems that there’s still a public relations piece for the CHC, Downtown Guelph, and city council.

But the biggest issue of the week may have not revealed itself in the council chamber, but due east of here at Queen’s Park.

Mayor Guthrie was one of seven Ontario mayors that met with Premier Doug Ford to discuss, according to the press release from the Premier’s office, “upcoming plans for the private retail sale of cannabis and restated his commitment to public health, public safety and protecting Ontario's youth,” and, ”ways to deliver better services to the people of this province and get more money back in the taxpayer's pocket.”

Apparently the one thing not on the docket was a discussion of Bill 66, which is otherwise known as the Restoring Ontario's Competitiveness Act.

Bill 66 is controversial because its an omnibus bill that touches several key pieces of environmental legislation that the Ford government believes is standing in the way of development. Others, including Guelph’s own MPP, see it as a backdoor to skirt regulations and build on protected areas like the Greenbelt.

Guthrie told the Guelph Mercury Tribune Wednesday that he would not support any process that would endanger Guelph’s water supply or shirk public consultation. That came a couple of days too late for people who wanted the mayor to say that to Ford’s face.

I’m sympathetic. I know it has felt like a while already, but Ford is going to be Premier for another three-and-a-half years, and Guthrie can’t pour the political outrage of the city over the Premier any time they might cross paths. It’s not the mayor’s job to be the conduit for constituents’ anger, but a representative for the City’s interests.

In the years to come that will be tested. Ford and his agenda will cast a long shadow over what happens here in Guelph, but again, we’re not in the prediction business.