You've got your parking; when do we get our transit?

This week's Market Squared welcomes the new parking, but why does our progressive town still lag with transit?
0
Nov 2, 2019 12:00 PM By: Adam A. Donaldson 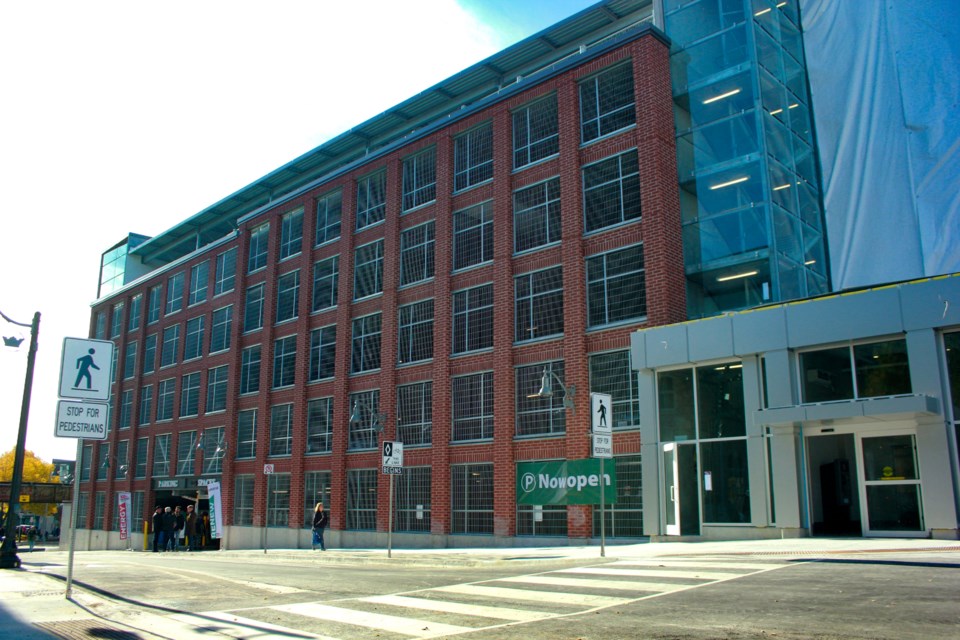 There’s been a lot of talk in the media lately about quid pro quos, and while it might be legally dubious to get a tit for tat with a foreign power, between country men and women it’s typically been the price for progress that you’ve got to give a little to get a little.

The problem here is that politics has become such a zero-sum game that no one wants to give, but everyone wants to get.

This thought occurred to me last weekend with the opening of the new Market Parkade on Wilson Street. Transport Futures founder Martin Collier tweeted about the anachronism of celebrating the opening of a new parking structure like it’s the 1950s, and cars are the new symbol of progress and freedom.

I can’t say I entirely disagree.

Long have we heard that we need more parking downtown, how we need it to bring more people into the core to enjoy the amenities even though nearly every bus in the city goes downtown at the end of its run. If our local leaders and business people are as progressive as they think they are, should they not be encouraging people to use transit and lead by example?

That’s a big question, but if the price for being able to ask it is the ribbon-cutting of a new 500-space parking structure, I’m fine with that. Downtown businesses have gotten more parking, now I want to talk about getting more transit.

Let’s break this down with a math problem.

But what about going south bound, taking a trip to the shops at the Pergola Commons plaza?

You have to add an extra 15 minutes assuming everything is running on time, and on a weekday during the school year that can be a pretty big assumption. If you are lucky though, that tip takes an hour.

Of course, it’s a solid 15 minutes from point A to point B in your own private automobile.

On top of that, there’s always a concern that the first bus won’t come, or that it’s running so late that you miss your transfer. If this happens habitually, and you tell Guelph Transit about it, their best advice is to leave on an earlier bus, and thus adding an extra half an hour to your travels.

So this is the math problem: how do we encourage people to take the bus when the difference in travel time could be 10 or 15 minutes in your car versus 75 or 90 minutes on the bus?

So far, none of the work on transit has addressed this ratio.

Meanwhile, businesses outside the core are at the mercy of Guelph’s lack of willingness to make bold decisions on transit.

Monday’s Committee of the Whole meeting will include a brief on a new bus route that will service the Hanlon Creek Business Park. It’s been 10 years since shovels broke ground on that development, does it not seem wickedly short-sighted that it’s only now we’re talking about sending a bus there, forget about actually sending a bus there?

Meanwhile, area retailers and manufacturers are stuck with Sunday service that runs 9 a.m to 6 p.m., which makes it hard to get the young people and new Canadians who work at these businesses to get to their jobs. That just sends the message that if you want to get to work, you’re going to need a car.

On the other hand, 9 a.m. to 6 p.m. on Sunday is about the usual hours for the vast majority of businesses downtown, which reinforces the feeling that the city’s thinking is too core-centric, and that creates a cognitive disconnect about why there’s so much concern about parking downtown.

My concern about parking? Does the whole idea of “if you built it, they will come” really work?

On Monday when I was on the bus, it came to a screeching halt in the middle of Quebec Street as one person sat waiting for someone to vacate the free street space. Apparently, the news that there’s more parking just around the corner didn’t reach everyone.

Of course, that’s the paradox of more parking. Studies have shown that the more you can create, the more you need.

So we’ve created more parking, now what are we going to? Quid pro quo, City of Guelph.