In this edition of The Mercy Traveller, Philip Maher reflects on time spent with the late Alex Trebek during a humanitarian mission
Nov 30, 2020 10:00 AM By: Philip Maher 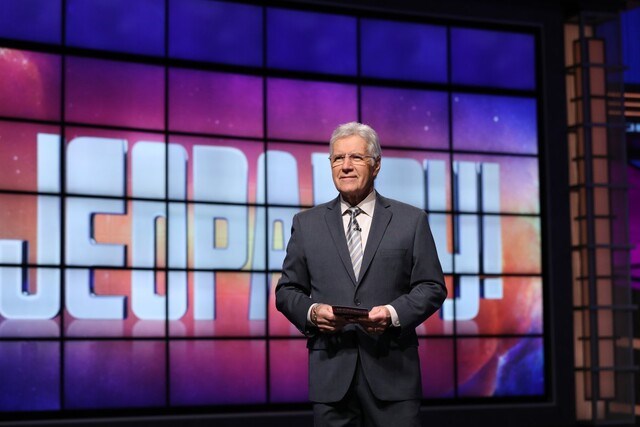 This week Jeopardy! announced Ken Jennings as interim host for the iconic television game show. This after mourning the loss of Alex Trebek, who died of cancer just a few weeks ago. I’m sure I don’t need to tell you that he was a Canadian, originally from wintery Sudbury, but ended up in summery Los Angeles.

Normally the passing of a celebrity would not cause much of a stir in my heart, but I travelled with Mr. Trebek around Bosnia and Herzegovina. It was the 1990s, in simpler times, when our aspirations where as big as our hair styles. Alex had given his time to humanitarian causes since the 1980s, so this was not his first humanitarian visit, but it was his first to the region.

It was just after the war in the Balkans when places with names we never knew existed became household words like Bihac and Tuzla. As we travelled through the mountains together, we were amazed at the beautiful ruggedness of the region and the size of the American tanks brought in to help enforce peace.

It was a small humanitarian mission, just enough for one vehicle. We had lots of time together driving around and many conversations about culture, the horrors of war and the role of democracy. We drove slack-jawed, wondering to each other how any disagreement between citizens could free-fall into destruction of such a majestic landscape and people. How could it be worth all this ruin? I recall Alex as a thoughtful man—a gentleman. Stories after his passing seem to bear that out.

As I reflect upon our time together and our conversations about how wars begin, I can’t help but think about our neighbours to the south and the election that was. You have to wonder if this is how violent conflicts start. Today, we have the added “benefit” of weaponized social media and people marching on the streets based on the thinnest vapour trail of a rumour. Before a physical conflict starts, do people stop and smell the craziness? In the heat of the moment peace seems so expendable. Alex and I shared the experience of seeing the results of disagreement up close.

Most folks in my town of Guelph and indeed across the country have not seen the destruction that toxic disagreement brings, except on the late night news.

I have — in places like Rwanda, Somalia, Haiti, Colombia, Albania, Bosnia and elsewhere.

Seeing the incineration, physically and mentally, that disagreement brings makes you a stronger proponent of peace at almost any cost. There is nothing like your own experience to slap you in the face and smarten you up.

There are many disgruntlements going on in Washington, Ottawa, and around the world over politics and things like wearing a mask or even being vaccinated. It’s even happening in our region around Guelph and Waterloo. These are not places we hear the word gentleman much, except when asking where to go to the toilet. The term gentleman conjures up an image of Downton Abbey, a time gone by.

Perhaps in these divisive times more of us need to emulate the ideal of being a gentlemen like Alex. It’s really another word for being civil. Being polite, courteous and civil seems in short supply in some circles. Yet these are the things that help us all to live together in peace and agree to disagree. Without them, our civil society is no longer civil and, as Alex might say, in Final Jeopardy!

Pondering the education of our children, both formal and otherwise
Sep 7, 2020 11:00 AM

It's essential that the Me to We affair doesn't taint opinions of all charities
Jul 31, 2020 11:00 AM
Comments