'You can't do everything, but you can do something'

In this edition of the Mercy Traveller, Philip Maher looks at the blender of life and the countless social issues going into it
Jun 15, 2020 12:00 PM By: Philip Maher 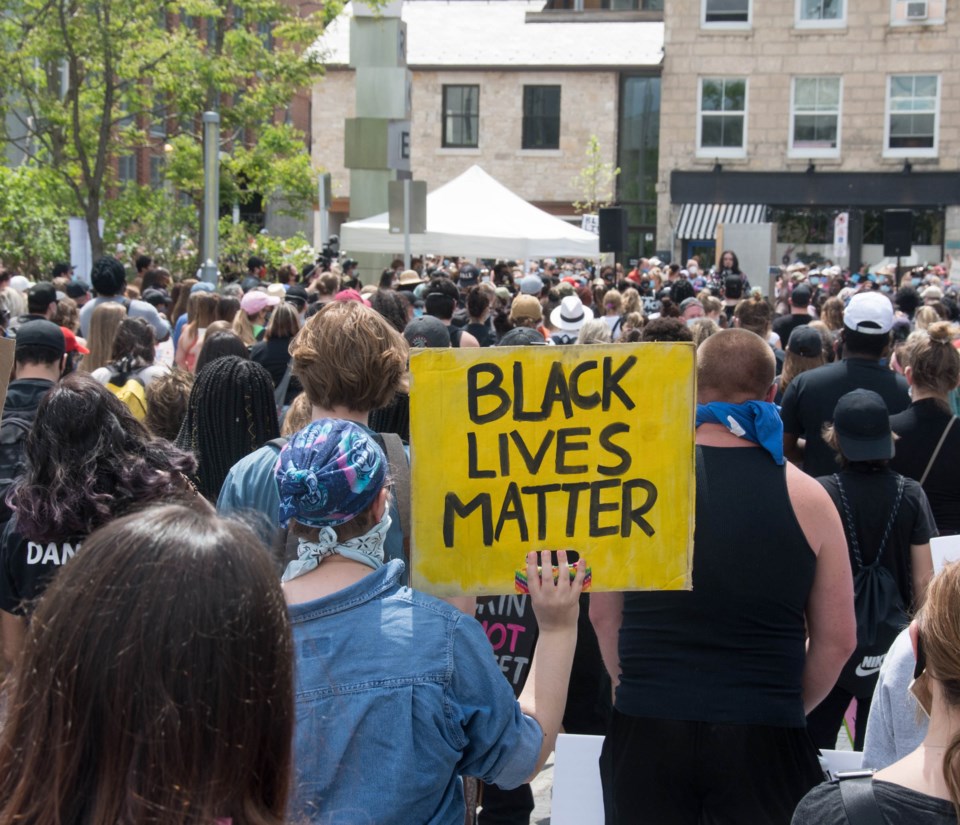 Last week I attended the Black Lives Matter protest in Downtown Guelph in support of those campaigning against racism. It was a peaceful event. Organizers, participants and city officials should be congratulated for managing a peaceful day.

To be clear, a demonstration doesn’t solve problems, but it does provide an opportunity for dialogue.

Of course this comes on the heels of the COVID-19 pandemic. We do seem to be on a roller coaster ride of emotions, frustration, anger and shaming. After watching the news we are left banging our heads against the wall—or at least exhausted and reaching for a tub of ice cream.

I’ve been thinking a lot about how interconnected we are. A prime minister pauses when answering a question—it’s 21 seconds of silence heard around the world. It gets reported on the BBC. A president holds up a Bible and says very little. We all say a lot. A policeman is charged with the murder of a black man. Demonstrations take place in almost every country—a western version of the Arab spring. It’s all vitally important stuff, but it may give one experience fatigue.

The virus is a really good metaphor for what is taking place in this interconnected world. A tiny germ starts with one person and spreads to millions. In the same way, one man dies and motivates millions. This reaches our small town and littler towns across North America and around the globe. While we social distance, social media brings us closer together while at the same time pulling us apart.

Paradoxically, while we aim our laser focus on these important questions here at home, other things get overlooked, such as the 10 million more children the World Food Programme will need to feed as a result of the virus. They conservatively estimate a 20 percent increase in malnutrition in a number of countries. UN Secretary-General António Guterres has said 50 million people risk falling into extreme poverty as a result of the pandemic.

We can become exasperated, throwing our hands up in frustration at the proliferation of issues that get tossed into the blender of life. The COVID-19 virus, discrimination, police brutality, hunger, poverty, Rohinga refugees, the weaponization of social media, wear a mask, don’t wear a mask—sometimes you want to yell AAAARRGHH about everything.

It seems to me that the world has always been something of a Whack-a-Mole game of issues. Hit one, and another pops up—no matter how many times you try to get rid of it. They all seem pretty important to me and worthy of our attention. So where does this leave us? You can’t do it all.

My advice is simply this: pick one issue, or maybe two or three. Become informed and get involved—get woke. If you feel guilty about something, maybe that’s your call to action? We don’t have to denigrate other causes. You can even support them. But, I can only juggle so many balls. Maybe you can do better than me. I hope so.

You can’t do everything, but you can do something.