Tiny house living with a baby 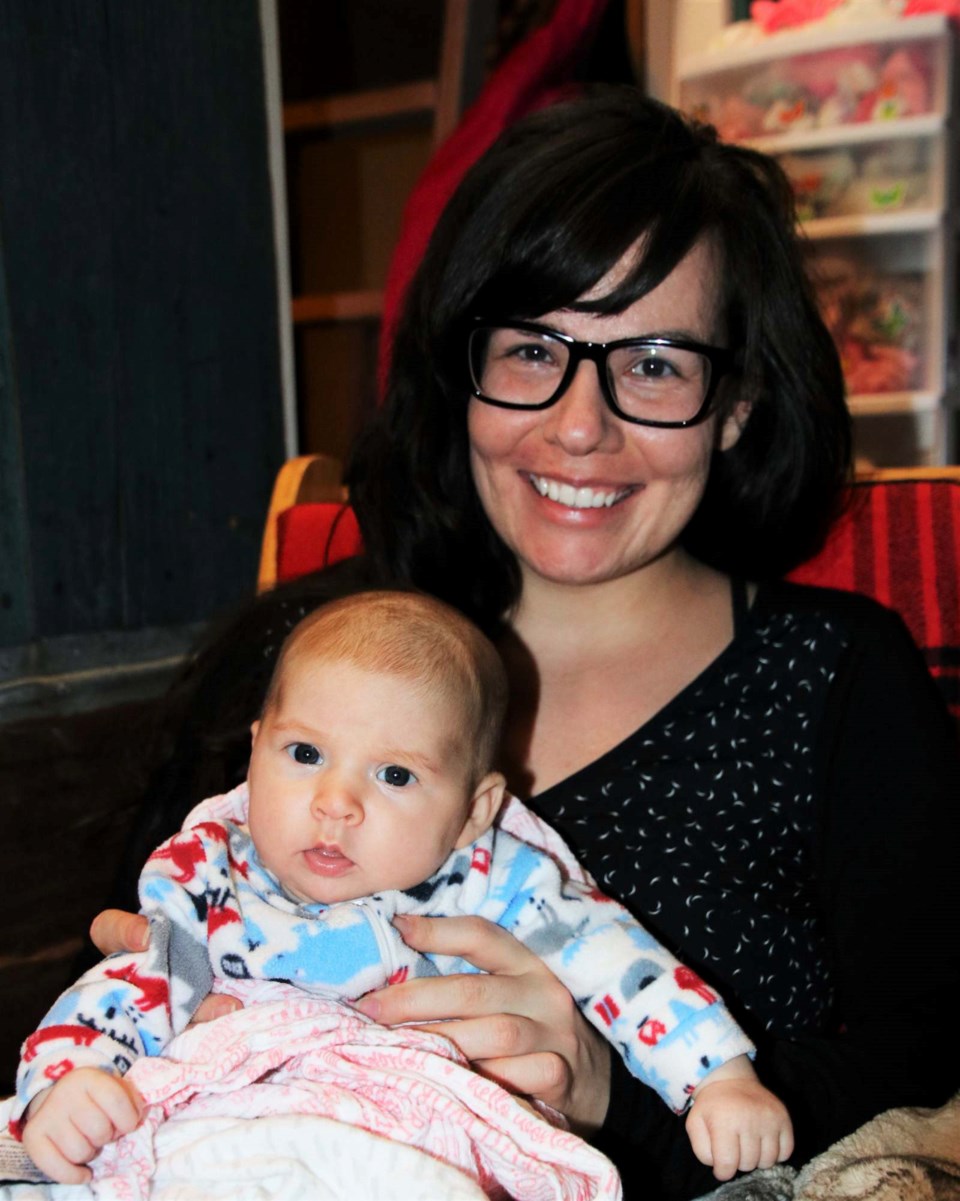 The Tiny House Movement has increased momentum over the last few years, with rising real estate costs and the desire for people to simplify.

I know a lot of people who would love to live on a tiny home with a lot of land, myself included. I have romanticized the idea of living off the land, watching my children grow up outside instead of inside in front of screens.

In 2016 I interviewed a couple that lives outside the outskirts of Guelph in their own tiny house. It was a warm day in April, and I brought my husband and two children along to meet Kat Nantz, Matthew Davey and Matthew’s young daughter.

I will never forget that afternoon, sitting in a cozy sitting area with Kat, while Matthew made coffee in a french press next to us.

My two daughters and Matthew’s daughter played outside, and eventually came inside to climb on top of the loft and play on Kat and Matthew’s bed. The couple were warm and welcoming, and kind to our family. Writing their story confirmed my calling as a reporter, I was doing what I loved and was meant to do.

Ever since I have stayed connected with Kat online. I’ve followed along as she built her Sexual Empowerment Coaching business, and celebrated with her when she shared that she was engaged, and then married Matthew.

Recently, while I was heavily pregnant and ready to birth my third child, I saw that Kat was also pregnant, with her first baby.

I was eager to find out how Kat and Matthew would adjust to parenthood together, with a new baby in their tiny home. Matthew’s daughter and Kat’s stepdaughter, who is now approaching the preteen years, lives in the tiny home part-time in her own loft space. But having a new baby would bring new challenges to tiny house living.

I had the chance to talk with Kat about the adjustment recently, and was happy to hear that she’s doing well.

Lenore Malta was born on Nov. 27, and after a difficult labour and birth, both Lenore and Kat returned home and have been slowly adjusting.

“Transitioning into motherhood is not something people can really prepare you for, or that you can prepare yourself for. It was both the most beautiful and challenging shift in my life and still is,” said Kat.

Matthew built a tiny addition to their home before Lenore arrived, turning their porch into a small mudroom and sitting area to allow for some additional space for their new baby.

“I am so grateful that I have an incredible network of friends and family and who supported me and cared for me so I could heal and focus on my baby,” shared Kat, who had a difficult healing period after an unplanned cesarian.

Kat said that adjusting to living small with a baby hasn’t been difficult, because she’s already used to living small. She did share that as Lenore grows they will need to move to a bigger home that will accommodate the family of four. Kat expects to move in the next year or two to something bigger, and hopes to settle in a property where they can bring their tiny home, on the outskirts of Guelph.

Most people fill their homes to the brim with baby gear once they welcome a tiny one to their home. I know I have accumulated  a lot of baby accessories that are probably unnecessary. Kat said that she has had to do with just the basics when it comes to baby gear.

“Most people have a crib but we don't, we co-sleep. I think what's more important is to have items that can be multi purpose. Once she grows out of something, it's gone right away, so that helps create more free space,” Kat shared.

After catching up with Kat its clear not much has changed. She is still as committed to simplicity as she was pre-baby, and enjoying the beautiful life and home she created with her partner.

No water? No problem!
Apr 14, 2019 12:00 PM
Comments
We welcome your feedback and encourage you to share your thoughts. We ask that you be respectful of others and their points of view, refrain from personal attacks and stay on topic. To learn about our commenting policies and how we moderate, please read our Community Guidelines.