On The Bookshelf: A U of G professor helps us understand the immigrant experience

This Red Line Goes Straight To Your Heart offers an intelligent and emotional story of frailties and resilience
Jun 28, 2020 12:00 PM By: Barb Minett 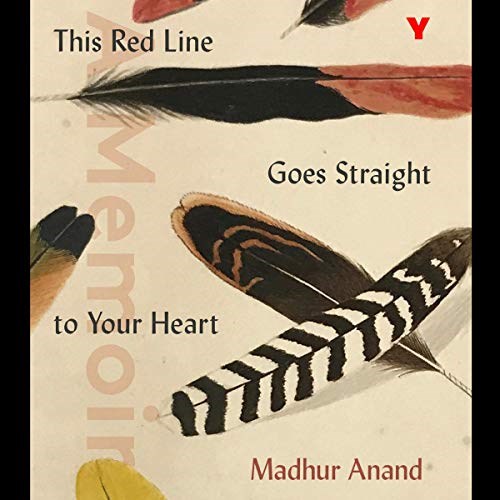 University of Guelph professor Madhur Anand realized as an adult that she knew very little about her parents' lives. She took a huge gamble when she decided to reclaim their past by writing the astounding story of their tumultuous years in This Red Line Goes Straight To Your Heart.

This remarkable book is a huge win for her, a living document for her children and an especially poignant and potent book for anyone drawn to understanding the immigrant experience, the formation of consciousness and the complex and dense tension between belief and science.

Even the structure of this book is unusual. It has two covers. If you choose one, you hear the alternating voices of her parents through the years. Turn it upside down and begin with the other and you glimpse into the life of a daughter of immigrants, making her way through the strong patterns of Hindu belief set against the mosaic of Canadian culture.

Her mother’s early life was full of fracture. Her family endured the momentous and horrendous transfer of people and culture called The Partition. India was cleaved in three, into the now Muslim majorities of Pakistan and Bangladesh and the Hindu majority of India, with the forced migration in opposite directions of 15 million Muslims, Hindus and Sikhs and the consequent death of over a million people.

She had to leave the aromas and touchstones of her home, her beloved teacher and the river Ganges. Her brother dies, then her father shortly after. But she is bright and tenacious; she keeps going to school and vows to only marry someone smart. Education means everything to her. Finally she meets Madhur’s father. He already has his Masters in physics. A wedding is arranged.

Madhur’s father’s early life is no less challenging. Polio virus invaded his young body and he was left with a terrible limp. His father was so embarrassed by an invalid son that he berated him constantly. This very young person knew that his limp was the work of a virus and willed himself to walk. Learning was his occupation and his passport.

After marrying, he came to Canada alone to try and set up a life. When he landed in Montreal, he went straight to a telephone book and dialed the first Indian name in the book. That family helped him. Although beset by ongoing challenges, he was determined to play out his role as father and head of the family in a perplexing and unfamiliar country.

I cannot do this book justice in a short review. Its strange beauty embodies human frailties and resilience. Madhur herself has braved racism and sexism, grasping the twin pillars of science and art to become both a poet and ecologist. Her voice and those of her parents are a red line that goes straight to your heart.

Madhur Anand and Barb Minett will be holding a conversation on Facebook Live Tuesday June 30 at 4 p.m.

On The Bookshelf: The beauty and brilliance of Seth on full display in Clyde Fans
Feb 28, 2021 12:00 PM
Comments