It's deja vu all over again for Markus Phillips

After helping the Guelph Storm to an OHL title last season, Phillips is looking to do the same with the London Knights
0
Feb 14, 2020 12:00 PM By: Tony Saxon 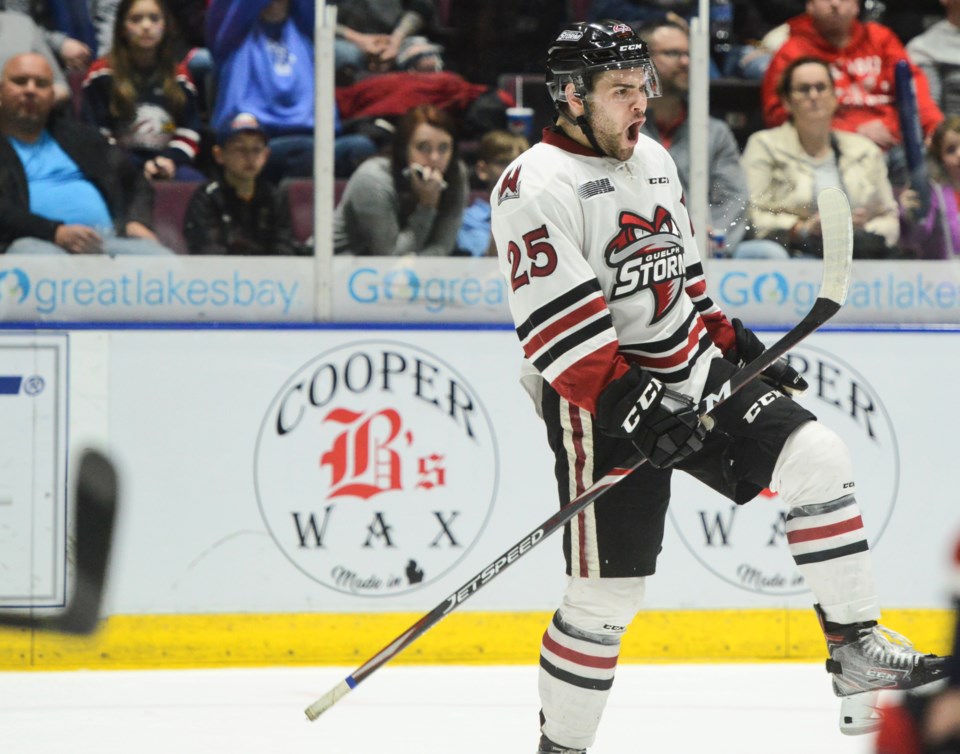 Markus Phillips celebrates a goal last season when he was with the Guelph Storm. Tony Saxon/GuelphToday file photo

Markus Phillips played a huge role in Guelph’s OHL championship run last season. Now he’s trying to do it again, this time with the London Knights.

The Los Angeles Kings property started the season in the pro ranks, playing 20 games with the ECHL’s Fort Wayne Komets before moving up to the AHL’s Ontario Reign.

With a couple of Ontario players due back from injury, he thought he might be heading back to the ECHL just after Christmas. Instead the Kings sent him back to the Ontario Hockey League.

After sitting at home for a few days the Guelph Storm traded his rights to London for three draft picks.

“Obviously this is a good spot to be in,” Phillips said, quickly adding “whether it was here or Guelph it would have been a good spot.”

“I just looked at the situation up there and I just wanted to play. Rather than being scratched every one in three or one in four games, I’d rather come down here and get some ice time.

Many players returned to the junior ranks from the pros come back with a bad attitude, or at least need an adjustment period. Not Phillips.

“I just wanted to have a good attitude and come down here and work even harder than ever and make it a reality next year and hopefully play in the NHL, not even the American Hockey League.

Known more for his defensive and puck-moving prowess than offensive ability, Phillips has two goals and two assists over that span.

More importantly he is a plus-14.

He's played a lot paired with Ryan Merkley who has also reaped the rewards of Phillips joining the Knights, picking up 22 points in the 13 games since Phillips’ arrival and is a plus-11 over that span.

“Since I’ve been here it’s been nothing but positive, but you can’t look too far into the future when the standings are this tight.”

Phillips, who speaks regularly with Nick Suzuki and Sean Durzi, said it’s always good to play against old teammates, no matter who it is.

“I’m looking forward to playing up in Owen Sound against some old teammates there and coming back to the Sleeman Centre next Friday will be fun too."

A look at the best performers of the OHL season
Mar 6, 2020 1:55 PM
Comments
We welcome your feedback and encourage you to share your thoughts on this story. We ask that you be respectful of others and their points of view, refrain from personal attacks and stay on topic. To learn about our commenting policies and how we moderate, please read our Community Guidelines.