Teams and players are opening some eyes as the OHL campaign reaches the quarter-pole
0
Nov 15, 2019 1:00 PM By: Tony Saxon 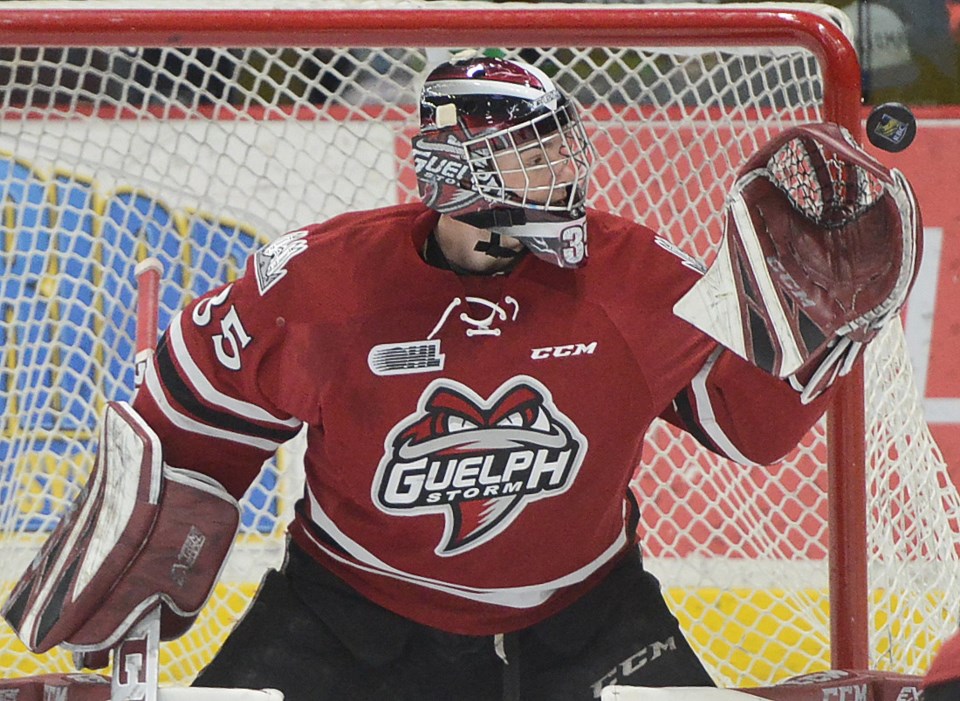 Guelph Storm goaltender Nico Daws has been one of the big surprises to start this season. Tony Saxon/GuelphToday file photo

We’re a quarter of the way through the season and there are already many surprises to the OHL campaign.

Remembrance Day has always been one of those unofficial markers of the season. By now, 15 to 20 games in, teams generally have a grip on what they are. Or, perhaps more accurately, what they’re not. It is a decent enough sample to start affecting the decision making process.

The Eastern Conference is unfolding largely as expected, it’s the West where most of the surprises lay.

And why the Guelph Storm has been somewhat surprising, but it’s more a case of players being healthy and playing up to their potential.

True, things can change. Teams can get healthy, struggling players can get on track and chemistry can be found from within.

Here’s a look at the top surprises this season, both individually and teams.

1. Flint Firebirds: The wait is over. The Firebirds are finally a legit contender.

Everyone knew they had the chance of being a good team this year, well, at least if Ty Dellandrea came back.

But undersized/overtalented Belarusian Evgeniy Oksentyuk has been lighting it up, Dellandrea is Dellandrea and management made some subtle but meaningful moves in bringing in Anthony Popovich and Owen Lalonde, while Riley McCourt is one of the best defencemen in the league.

Expect some more tinkering as the Firebirds stay with the frontrunners rather than settle into the second tier moving forward.

2. Kitchener Rangers: Sitting out of the playoffs in ninth place and wallowing with a 6-6-2-2 start is not where the Rangers were supposed to be. One of the deepest offensive teams coming into the season is currently the lowest scoring team in the Western Conference.

The Rangers are one of those teams hit hard by injuries, but they don’t have a 10-goal scorer in the lineup and the defence has been suspect at best. Getting Jacob Ingham healthy and productive in net will have a ripple effect.

3. Sarnia Sting: Yeah, they might be in eighth place, but Sarnia started the season with seven straight losses and since then has gone 10-1, including wins over Peterborough, Oshawa and Flint.

4. Peterborough Petes: The Petes are the Flint Firebirds of the Eastern Conference, a team expected to do well this year, but perhaps be a step behind Ottawa, Oshawa and maybe even Sudbury.

Instead the first-place Petes, tied for the OHL lead in goals for, are a step ahead in a conference where the trade deadline might determine who becomes the favourite in the second half.

5. Windsor Spitfires: No one saw the Spits starting the season with just three losses in regulation in their first 16 games. Or having an OHL-best power play clicking at over 30 per cent.

And on an individual level:

1. Sean Josling, Sarnia: Always a decent player in his first three years with the team, the overager has exploded for 18 goals and 36 points. His previous career high was 22 goals.

2. Tyson Foerster, Barrie: The second-year winger, a 2018 third round pick, has 18 goals, leads the team in scoring and is climbing up the NHL draft rankings.

3. Nico Daws, Guelph: Daws got his chance and is running with it, among the leaders in most goaltending categories.

4. Ilya Solovyov, Saginaw: The 53rd pick in the import draft has been the quarterback the Spirit offence needed, racking up 21 assists already, second most among defencemen and 13 of them on the power play.

5. Billy Moskal, London: On the struggling side, after 18 goals and 36 points a year ago, big things were expected from the fourth-year forward, who has just one goal and four points in 16 games.

Gogolev needs some scoring help down the stretch
Feb 7, 2020 1:57 PM
Comments
We welcome your feedback and encourage you to share your thoughts on this story. We ask that you be respectful of others and their points of view, refrain from personal attacks and stay on topic. To learn about our commenting policies and how we moderate, please read our Community Guidelines.