The Guelph Storm Team of the Decade: discuss among yourselves 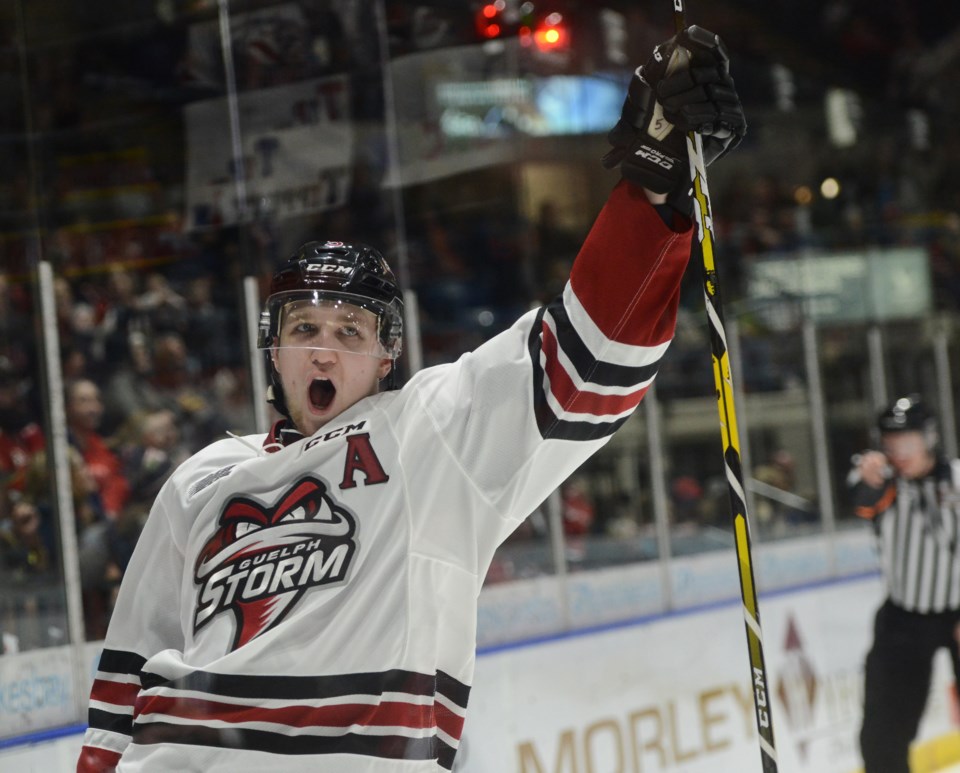 Lots of competition and room for discussion when you start coming up with the Guelph Storm team of the decade.

My team is based on a body of work for the team rather than who the best players were. That's why rentals like Nick Suzuki and Kerby Rychel didn't make the cut.

Taylor Beck: The second round pick of the Storm had 116 goals and 281 points over four years in Guelph, including two seasons with over 90 points.

A great nose for the net and big enough to play the puck control game when he had to, Beck spent most of three seasons on the team's top line and top power play unit.

After playing 97 games in the National Hockey League with four different teams, Beck is now in his third season in the KHL. He has 26 points in 40 games this season with Omsk Avangard.

Isaac Ratcliffe: The big London native had 144 goals in a Storm uniform and became the first Guelph player to hit the 50-goal mark since Ryan Callahan

Ratcliffe saved his best for last, scoring 15 goals in 24 playoff games during the Storm's incredible 2019 playoff run to the Memorial Cup.

A second round pick of the Philadelphia Flyers, Ratcliffe has six points in 23 games in his first pro season with the Lehigh Valley Phantoms.

Scott Kosmachuk: The Toronto speedster put together a fine career in four years in Guelph with three 30-plus goal seasons for a career total of 134 goals, falling just one goal shy of joining the 50-goal club his final year when he was part of arguably the best Storm team in franchise history.

A third round pick of the Winnipeg Jets, Kosmachuk played eight NHL games and now plays in Germany, where he has nine points in his first 10 games with the Augsburg Panther.

Matt Finn: The captain of the great 2013-2014 team that should have won the Memorial Cup in London, Finn had 175 points in his four seasons in Guelph after they chose him 12th overall in the OHL draft.

After stints with nine minor league teams, Finn now plays in Austria where he has nine points in 19 games with Linz.

Dmitri Samorukov: The big Russian had 129 points in three seasons in Guelph, capping it off with 28 points in 24 playoff playoff games in 2018-2019. More than points, Samorukov was an excellent defender and huge open-ice hitter.

A third round pick of the Edmonton Oilers, Samorukov has five points in 25 games with the AHL's Bakersfield Condors this season.

Justin Nichols: A tough call here between Nichols and Garret Sparks. Nichols was just what the doctor ordered when Mike Kelly traded for Nichols from the Sault Ste. Marie Greyhounds, putting together back-to-back 30-win seasons in the Storm net, including an outstanding season on the way to the Memorial Cup tournament in London in 2014.

Nichols is in his fourth season with the CIS Carleton Ravens.