The trade deadline comes and goes, with a wide range of results 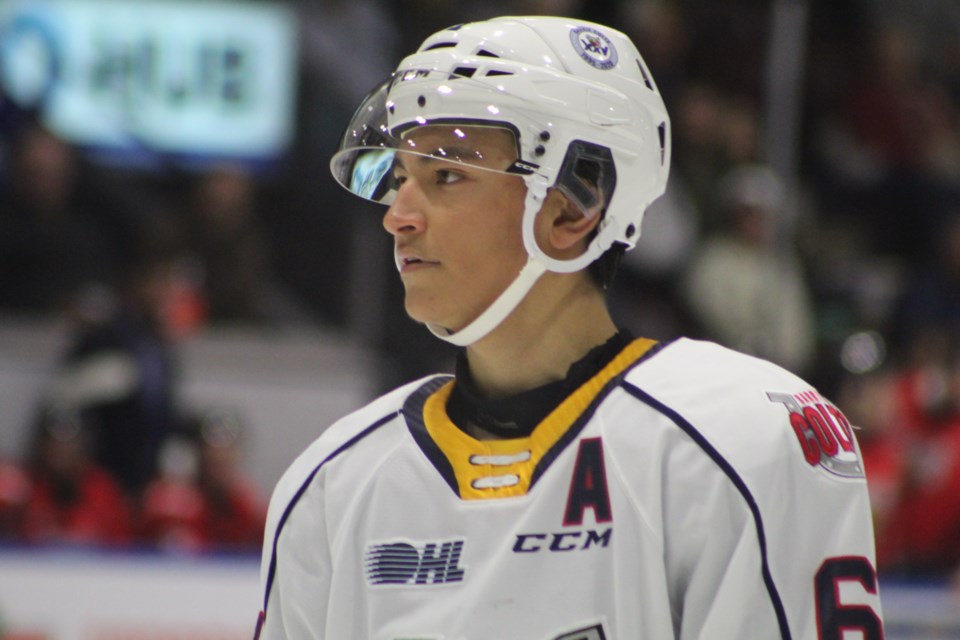 Ryan Suzuki was one of the bigger names dealt at the OHL trade deadline. Raymond Bowe/BarrieToday

The dust has settled and the dog days of the OHL season are upon us — that stretch between trade deadline and final push for playoff positioning in the final few weeks.

Now it’s about getting on a role, staying healthy and keeping everyone on the team focused and happy.

No one has to worry about being traded any more.

The trade deadline brought a relatively low amount of activity compared to other years, but most teams, particularly in the anyone-has-a-shot Western Conference, added players of note.

But there were no deals that compared to what the Guelph Storm did last season, adding four high-end players at the deadline. One would have thought that might have been a template for some teams, but apparently not.

The winner out of all of this is the Ottawa 67’s.

While teams certainly elevated their status with their additions, they didn’t exactly have the 67’s shaking in their boots when all was said and done.

The scenario allowed Ottawa to hold off making a big deal itself, instead adding gritty forward Daylon Groulx and realizing they are still the team to beat.

Had someone sold the farm, Ottawa likely would have had to respond with moves.

A trade deadline report card for the Western Conference:

Windsor Spitfires (C+): Like Guelph, somewhat surprisingly quiet at the deadline, a bit of a mystery for a first place team. Obviously they think they have the guns to win the west and hope that Egor Afanasyev, Tyler Angle and Kari Piiroinen return next year.

Kitchener Rangers (B+): The Rangers acquired one of the most desired pieces in big, skilled Serron Noel from Oshawa for Ryan Stepien and four picks and helped the blueline with Holden Wale from the Soo. The Rangers likely needed another top defenceman more than they needed a forward, but there just wasn’t much out there in the non-overage blueline market.

Saginaw Spirit (C): The Spirit made a big splash by picking up Ryan Suzuki, who has been injured most of this season but is back now, and two players not in the league for a couple of youngsters and a bag of draft picks. Suzuki will be a huge addition, but the Spirit was another team that needed blueline help and will keep their fingers crossed that 17-year-old Tristan Lennox can hold it together during the playoffs.

This is a pretty old team and I expected more. Maybe that more is Bode Wilde coming back from the New York Islanders?

London Knights (A): The Knights did what the Knights do: got better in areas they needed to get better without compromising the current roster. London was weak on defence and their overagers were underwhelming. Picking up Markus Phillips and Josh Willms addressed both of those situations, although it remains to be seen if the Knights have the firepower up front to contend.

Guelph Storm (B): The Storm had some tough decisions to make and may have been handcuffed by no-trade clause(s). But they picked up a valuable defenceman in Martin Has and kept their talented core intact, a core that could potentially all be back next season as overagers.

Flint Firebirds (A): The Firebirds have been tinkering all season and made a great move at the deadline getting arguably the best underage and defenceman out there who was actually available in Tyler Tucker and adding a young player in Riley Piercey to replace Evan Vierling, who wanted out of Flint.

Owen Sound Attack (D): The spent heavily for Matt Struthers a month ago, then did nothing at the deadline other than trade Groulx to Ottawa. Stuck in the middle is a terrible place to be and the Attack had the assets to help with a serious rebuild. But kept them, maybe to go out in the first round of the playoffs.

Erie Otters (B-): Didn’t do anything at the deadline but didn’t really have that much to ship out, or that much of a need to bring in, at least at this stage of the rebuild.

Soo Greyhounds (B-): Without Barrett Hayton back from the NHL to trade, the Greyhounds were also a quiet team at the deadline. Did move out a couple of older players to help stock the draft cupboard.

Sarnia Sting (B-): The Sting had a couple of excellent overage forwards to deal in Sean Josling and Ryan McGregor, but there just wasn’t a market for overage forwards this year. They did some tinkering with the lineup and added to the draft pick cupboard.

Guelph Storm losing streak provides a reality check
Jan 31, 2020 2:30 PM
Comments
We welcome your feedback and encourage you to share your thoughts on this story. We ask that you be respectful of others and their points of view, refrain from personal attacks and stay on topic. To learn about our commenting policies and how we moderate, please read our Community Guidelines.