‘Tis the season of temptation 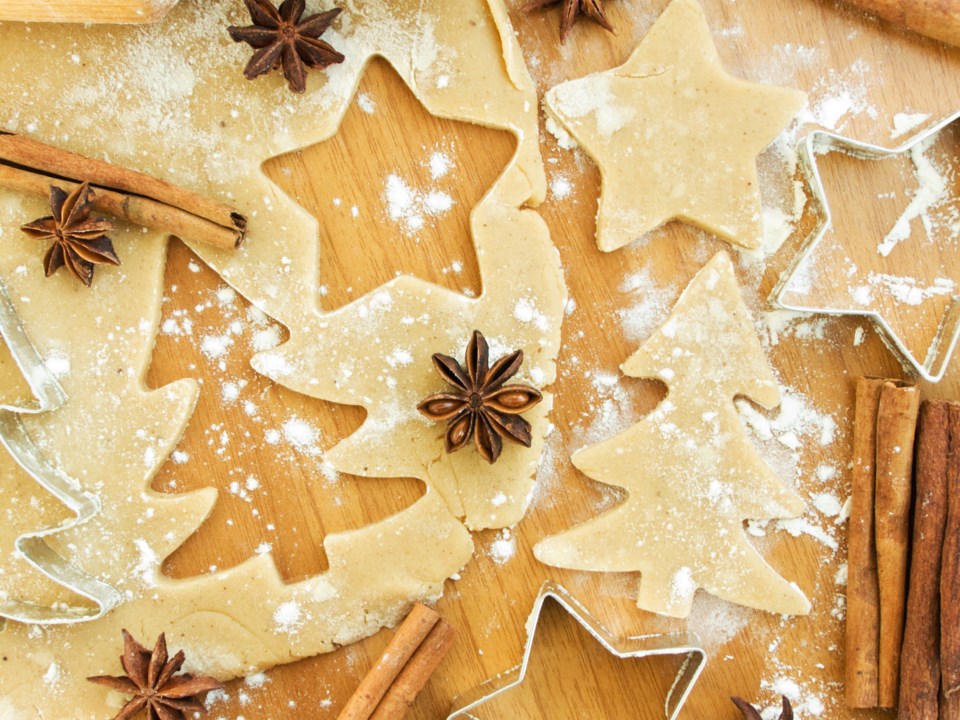 My wife Angi sent me a near-panicked text message the other night when she was out mega-grocery shopping, just before Christmas.

“I’m at the grocery store, and they have just three cartons of eggs left!”

Normally, she wouldn’t be so alarmed about an egg shortage. But three cartons of eggs in the whole store, at the height of Christmas baking? I’d understand if they were running low moments before shutting down for the holidays. However, it was 7:30 p.m. on a Thursday night.

So she snagged a carton, left the others for those likewise in need, and went back the next day to find stocks were once again up.

In the end, all was well. But it was a sobering moment, and while it wasn’t a crisis by any means, it was something I wasn’t ready to dismiss as a first-world problem.

Eggs aren’t a frill. And even a momentary shortage of them made me think about food insecurity, about how we take for granted that food – the most basic need – will be there in abundance when we want it, and what on earth we’d do if food was scarce.

I’m not alone in this thinking. In May, Canadians are supposed to be introduced to a national food policy, following widespread opinion gathering and fact finding by Ottawa over the past year. This policy is intended to contribute to a culture and environment that, among other things, helps ensure Canadians don’t run out of safe, nutritious and affordable food – like eggs, meat, milk, fruit and vegetables.

Dietitian Michelle Jaelin thinks our heightened awareness of food issues such as potential shortages is contributing to a more active dialogue about food waste and food literacy.

At this time of the year, Jaelin, a nutrition expert who’s been a resource for the Best Food Facts program and makes regular media appearances, is particularly concerned about food use and waste.

But after chowing down on poutine with bacon, who cares about the armloads of healthy fruit and vegetables in your fridge? They’ll be OK for another day or two, right?

Good news though, poutine lovers: the fruits and vegetables in your fridge don’t go rotten at the breakneck pace you believe. Even if you’re away from home for a few days, and they start to show a few signs of age, Jaelin says it’s no big deal.    “Not every meal has to look like an Instagram post,” says Jaelin.

And thanks to their liberal fibre quotient, they’ll help you get that poutine with bacon through your system in a timely manner.

But even if your food, packaged or otherwise, is labelled with a best before date, it doesn’t mean it actually expires then.

Suppose you come back from holidays to sealed containers of, say, yogurt, with best before labels telling you they’re ready for the trash. Just give them the smell test before you toss them away – if they smell OK but the contents have simply separated, after a few mixing turns with a spoon, they’re as good as ever.

Another way to reduce waste is to stay focused. Jaelin is a fan of the adage “cook it once, eat it twice,” to economize on both cost and waste. For example, she suggests preparing more than you’d normally need for a meal, but freezing it for later.

“Freeze it in a freezable container and make your own TV dinners,” she suggests. “So on that frantic mid-week night you’ll eat something planned and nutritious, something you didn’t throw away because there was too much of it, something you saved from turning into waste.”

These are great lessons. Holidays are the seasons of indulgence. But they’re also seasons for reflection.

Have a great break, and remember, food is food, not waste.