When it comes to food, some Canadians are content, others are worried. The biggest safety concern seems to be how food is stored and prepared

When it comes to food, some Canadians are content, others are worried.

Price and safety are among the biggest concerns, and among the most divergent.

Mechanisms to check prices are pretty accessible – your bank statement serves as a good starter. But safety? That’s another matter.

Visual clues sometimes work, as do legislated food safety measures such as best before dates. But what about production approaches such as genetically modified organisms (GMOs)? Ironically, some of the new technologies farmers use to keep their cost of production down and simultaneously rein in the price of food coming from the farm, are the same ones that cause people to worry about safety.

Should they be worried? Not when it comes to technology. The bigger safety concern is how food is stored and prepared. That’s where the overwhelming number of problems arise. Pro-technology groups are fond of saying there’s never been a single case of death or illness related to GMOs, in the 20 or so years they’ve been around.

Yet, consumers have been told by anti-technology activists that GMOs are worrisome, and so fear persists. That fear tends to spill over into the entire food chain, unfairly taint all conventionally produced food with question marks, and prompt questions about how farmers are expected to feed the growing population without technology.

Where can people turn for answers?

In the US, a free, expert resource called Best Food Facts started in 2011. It reaches out to about 200 experts from universities there to address consumer questions. Consumers submit a question to BestFoodFacts.org, a researcher is contacted for an answer, the answer is published on a blog post and the post is sent to the questioner.

It looks like it’s working. Two years after its inception, more than 200,000 visitors went to its website, BestFoodFacts.org. Last year, that number soared to more than 800,000. The organizer, The Center for Food Integrity, says traffic is growing exponentially.

Now, this service is available in Canada. Owing to different production practices and legislation between the US and Canada, there can be distinctly different answers to some of the same questions posed on either side of the border. 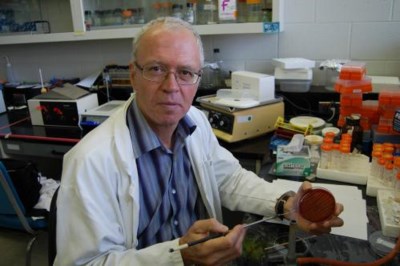 In Canada, the service is being coordinated by Farm & Food Care. It describes itself as a unique forum for Canadians to come together with people from the entire food system to have a conversation and find out more about our food and how it’s produced.

“When you Google search what's on your plate and how it was grown, you deserve to find credible information from Canadian experts,” says the organization’s chief executive officer Crystal Mackay.

She says the fact that two of the first 10 Canadians chosen for BestFoodFacts are from the University of Guelph is a tribute to the institution’s depth of knowledge and respect. “Options for populating this online resource with good credible Canadian content on food and farming are limitless, starting here at home in Guelph,” she says.

Odds are that the Canadian researchers will grow to be as busy as those south of the border. Mackay wants to see the reach of BestFoodFacts in Canada at 150,000 visitors next year (it’s already fielded 700 Canadian content questions).

In the US, the most popular questions have been about GMOs, gluten-free food, hormones and chemicals in food, organic versus conventional food and the role of food in weight loss and management.

Canadian consumers wonder about the same issues. And now, they have a new, central source to turn to for answers.

Helping personal injury victims in Guelph put their lives back together

Youth can get fit, have fun and meet new friends with RiseUp Beach Volleyball

Your caring support is needed to help patients like Laura.