There have been 11 opioid-related deaths in the first five months of this year, compared to seven all last year
Jun 6, 2020 10:00 AM By: Anam Khan 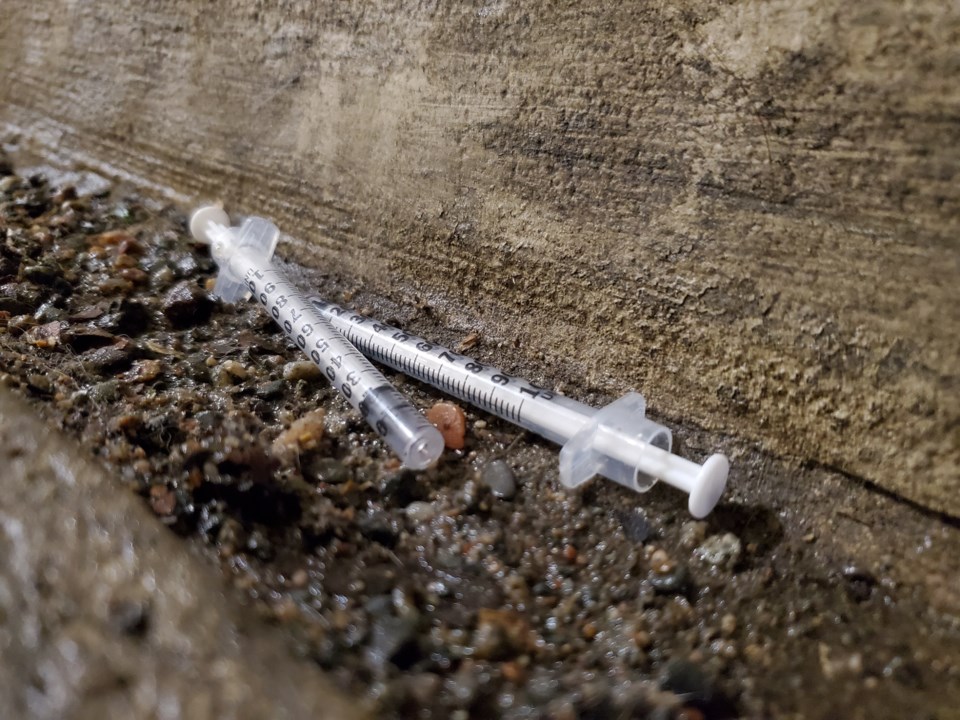 There have been 11 opioid-related deaths in Guelph this year in a little over five months. Last year, there were a total of seven deaths all year.

“We’re nearing a doubling of deaths and we’re not even halfway through the year,” said executive director of the Guelph Community Health Centre, Raechelle Devereaux, with numbers from the Wellington-Dufferin-Guelph Public Health

Two and a half months into the pandemic, from March 17 to May 30, there has been 63 reported opioid overdose cases and eight opioid-related deaths. Last year in the same time frame, there were 74 reported overdose incidents and one death.

Devereaux said despite a higher case of overdoses last year, the deaths remained low because the GCHC and its partners on the Outreach team had a greater opportunity to intervene and individuals were either using drugs with somebody or were using them under supervision.

She said many of the necessary provincial directives that are required to keep people safe during the pandemic contradict the recommendations for overdose prevention.

“That is because we tell people to never use alone, to ensure that you’re with peers and you’re armed with naloxone and you leave your home to access services and support like the consumption and treatment services,” said Devereaux.

“It’s working against us for the overdose crisis,” said Devereaux who also believes that substance use is increasing because of the enormous pressure the pandemic has caused to peoples’ lives because they have more time and less access to productive activities to engage in.

Before the pandemic, she said the GCHC would see 30 to 40 visits to the GCHC's consumption and treatment services in a day. Now, it has dropped to approximately 15 visits or less.

“Absolutely we believe that people are rightly following directives that are being given to them by provincial orders to stay home and that they’re hearing it at every angle to isolate but we also know that it can work against us in terms of saving lives,” said Devereaux.

With services being disrupted across the province, Devereaux said criminal behaviour is no different.

“That includes the movement of substances. When you have all sorts of travel orders in place, you have to imagine drug supply is being interrupted in a illegal circles,” said Devereaux

“Because of that disruption, people are not able to access perhaps their drug of choice,’ said Devereaux of the increased use of fentanyl during the pandemic.

She said the disruption of the supply chain has inarguably increased the toxicity of the supply that’s currently in the community.

In response to the spikes it saw, the GCHC expanded its services and increased the number of safe consumption booths from two to three so they don’t have to turn anyone away.

They also created an outreach team that goes door to door to users’ homes to provide naloxone kits, encourage users to come to the clinic, use drugs with a peer and provide them information of a new remote monitoring service which allows them to seek help remotely so authorities can be alerted if a user can’t be reached.

Devereaux said there also needs to be an accessible safe supply program — something the GCHC iand team s currently working on — which will allow physicians to prescribe opioids to people who have recurring pain or have addictions in controlled doses.

“We see remarkable improvement and stabilization in their lives because no longer are they spending 75 percent to 90 per cent of their time being in withdrawal or seeking funds or engaging in criminal behaviour to gain access to the drugs they need to manage their addictions but rather they have a consistent and regulated supply along with the support to gain employment and access to food,” said Devereaux

“Suddenly the outcomes that we see are dramatic.”