Van Doormaal family is thrilled after funds raised to get their daughter the expensive treatment she needs in the United States
Aug 10, 2020 10:50 AM By: Anam Khan 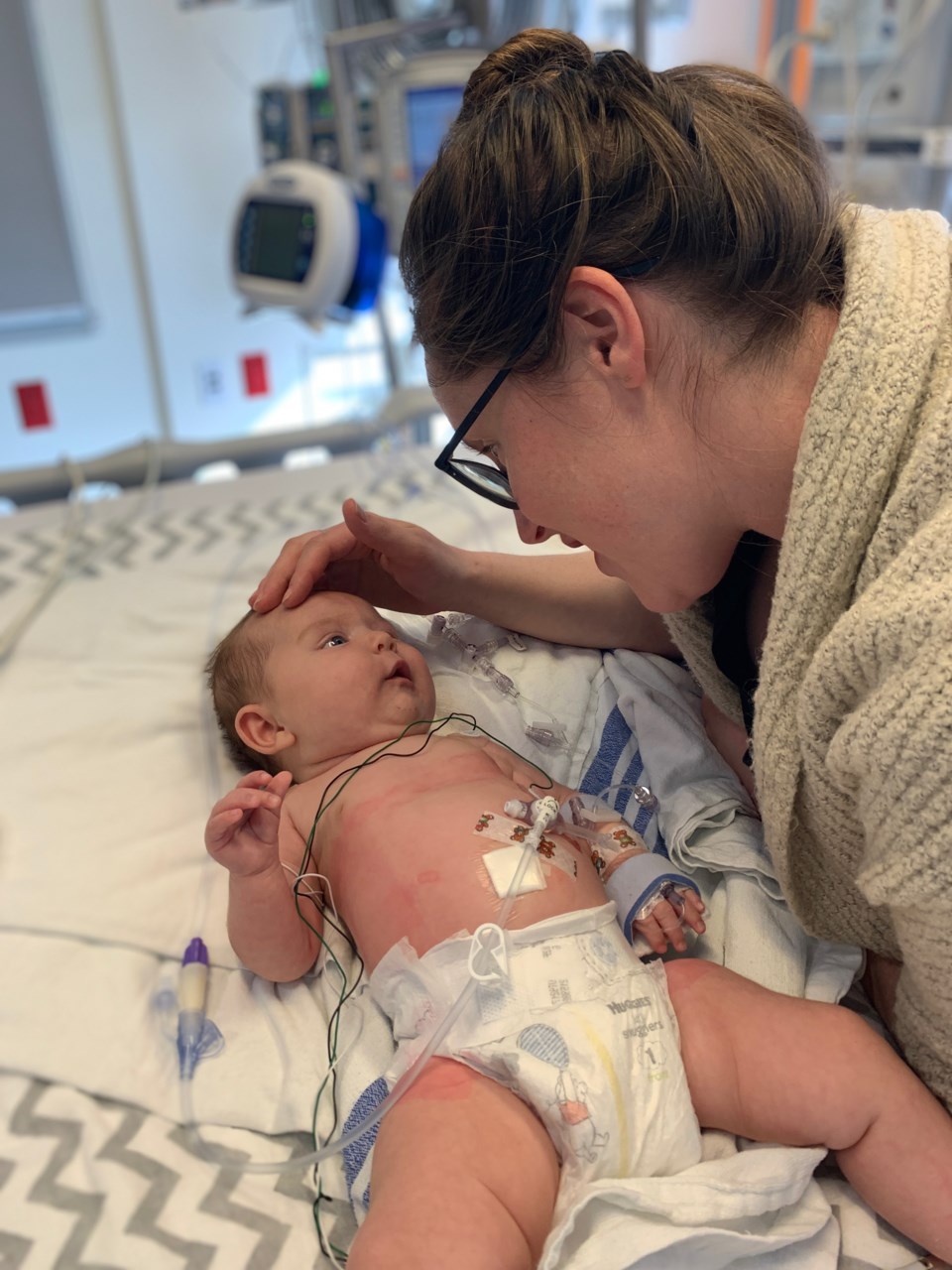 Four-month-old Lucy Van Doormaal is getting treatment after the world rallied to raise $2.5 million to save her.

Lucy’s parents, Guelph native Scott Van Doormaal and Elmira native Laura Van Doormaal, are now preparing their baby to receive treatment for the $3 million drug called  Zolgensma after a GoFundMe fundraiser helped raise nearly $2.5 million from over 50,000 donations from around the globe, with others holding private fundraisers to save the baby's life.

“We are so so so grateful for every ounce of energy everyone has poured into Lucy’s fundraiser and we hope you CELEBRATE with us!,” read the GoFundMe update by Scott Van Doormaal on Saturday.

At five weeks old, Lucy was diagnosed with SMA1, a genetic neuromuscular disorder that affects nerve cells in charge of volunteer muscle movement due to a missing gene. The $3 million one-time Zolgensma 60-minute treatment will be able to replace the function of the missing gene with a copy of a human gene to help neuron cells function correctly.

When the Van Doormaals began the fundraiser in May, they strongly believed community would support them through this journey. They also shared photos, information and gratitude for the support on the fundraiser, Instagram and Twitter regularly which helped update the community about Lucy.

“Although this process has been extremely stressful and vulnerable for us, the support of this community has been uplifting and we’re thankful for all of your efforts. We hope you are as excited about this news as we are,” said Van Doormaal.

Up till now, Lucy has been taking a Health Canada-approved drug called Spinraza. And while it helped, Van Doormaal said it does not treat the root cause like Zolgensma.

Zolgensma is approved by the U.S. Food and Drug Administration but not by Health Canada.

A month ago, Van Doormaal began an online petition to help get Zolgensma approved in Canada. The petition currently has nearly 84,000 signatures.

“The decision is now in the hands of us, as Canadians and the elected leaders of our Country to not stand on the sidelines another day and let babies go without this life-altering treatment,” read the petition by Van Doormaal.

'It's hard to put a price tag on a baby's life' (6 photos)
Jul 6, 2020 8:50 AM
Comments
We welcome your feedback and encourage you to share your thoughts. We ask that you be respectful of others and their points of view, refrain from personal attacks and stay on topic. To learn about our commenting policies and how we moderate, please read our Community Guidelines.