City councillors told in memo that they are not banned but that physical distancing and rules of the road must be followed
May 5, 2020 12:13 PM By: Tony Saxon 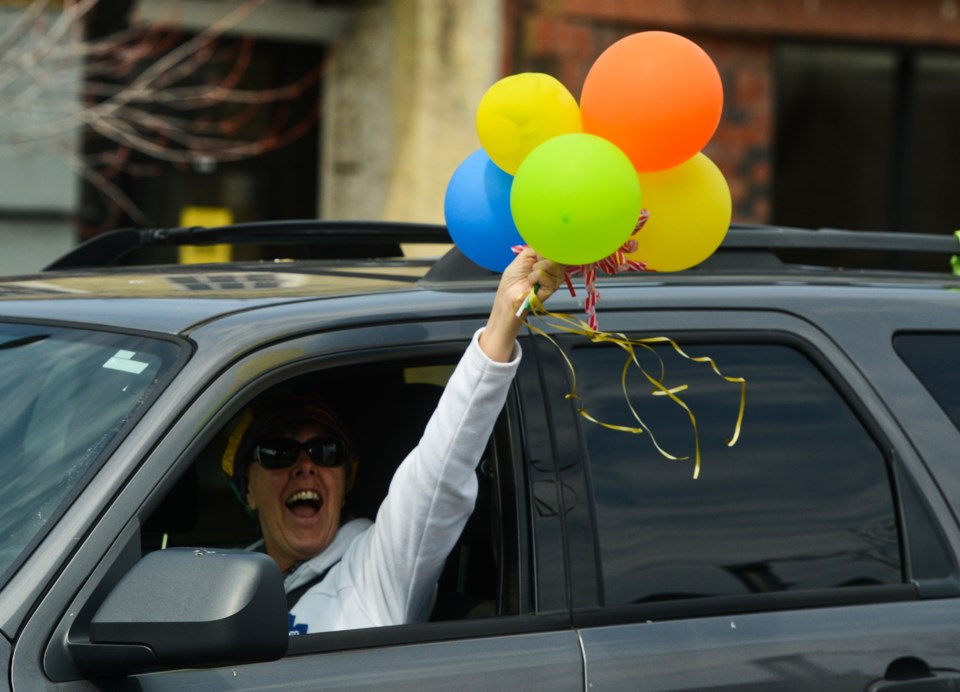 The City of Guelph has given a cautionary all-clear for drive-by birthday celebrations, provided they follow the rules on physical distancing and road safety.

In an email from the city's executive team to city councillors, they said that while people were "encouraged" to find alternative virtual means of celebrating, but stopped short of banning them.

"The City understands the desire to find creative ways to celebrate special occasions, and we encourage people to look for ways to do this in a virtual non-contact way. If people have arranged for a drive by celebration, we remind everyone to follow Public Health's guidelines regarding social and physical distancing, as well as ensure that all vehicles are obeying the rules and requirements of the roadway."

The Facebook group Guelph Kids Social Distancing Birthday Parade has been busy doing drive-by birthdays for children throughout the city, as strangers decorate their vehicles and drive-by the child's home for a physically-distanced celebration, honking horns and occasionally dropping off presents. The group has 1,331 members and has been doing several drive-bys a night.

They even gave Guelph City Hall a drive-by salute on they city's 193rd birthday last month.

Last week Wellington-Dufferin-Guelph Public Health said that they were encouraging people to find a different way to celebrate birthdays.

"A line of cars makes social distancing difficult and drivers/passengers need to ensure they are keeping distant (2 meters/6 feet) when windows are down and they are talking to other people on the curbside or in other cars. Also, long lines of cars on residential streets may raise traffic accident risks and risks to pedestrians which could involve the need for police interventions or other emergency responders such as paramedics or fire."

Also last week the City of Burlington announced it was banning drive-by parades of more than five vehicles.