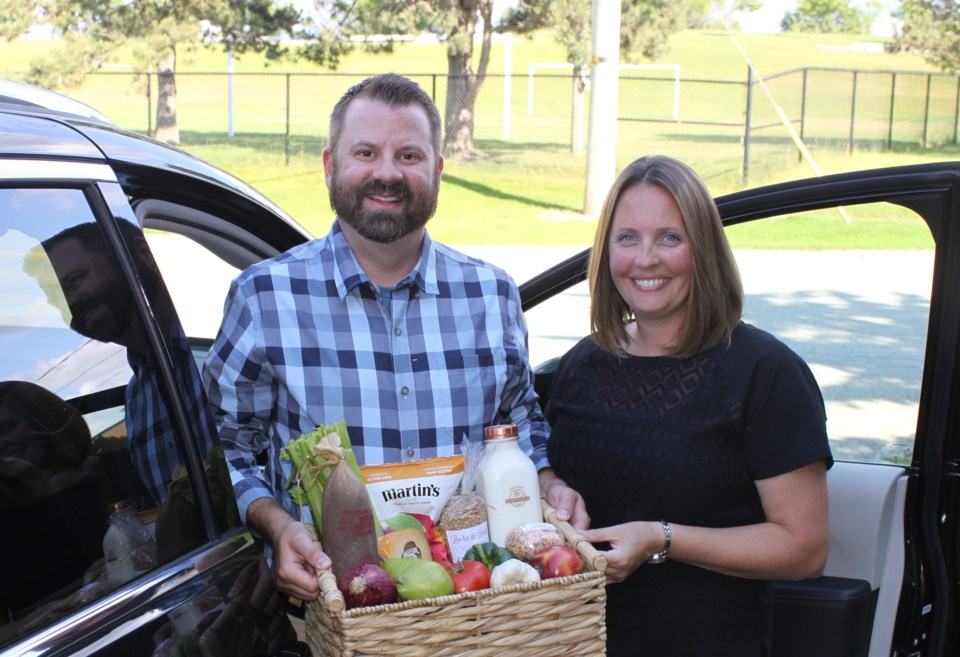 When Todd Machin began Mrs. Grocery in the summer of 2019, it was a one-man local grocery delivery business, delivering four to five orders a day in Wellington County and Kitchener-Waterloo.

Now, with the COVID-19 pandemic in Canada, he has five times as many orders, brought his wife onto the team and hired several drivers to deliver groceries from local vendors to people across the county.

“It’s unbelievable,” said Todd, adding that the business is picking up orders early in the morning until 9 p.m. at night.

“I would say where we saw the biggest change was last Friday,” said Dana Machin, a teacher who with no school is currently working full-time at the business.

The local version of the Canadian franchise has a unique take on groceries, working with small independent businesses and farmers in order to compete with big food chain stores. Todd operates the business with two separate websites after purchasing the rights to deliver to Kitchener-Waterloo and Centre Wellington.

The couple said when the business first started, the demographic reaching out to the business was mostly between the ages of 50 to 60, but since last week, people of all ages have been ordering local groceries, particularly meat and eggs.

“And some people we don’t know because we don’t see them,” said Dana.

The couple said they put several safety precautions in place amid the pandemic, such as wearing gloves when they shop, pick up and deliver groceries. They also sanitize their terminals regularly and accept e-transfer funds and payments over the phone from customers so they don’t have to handle payments in person.

“We’ve seen our vendors step it up too, like for example, at Victoria Street Market, they don’t let you in without putting on gloves, plus they’re sanitizing everything right in front of us so all the tills, the shopping carts, the baskets,” said Dana.

Todd said the business also grants requests from customers who want the groceries dropped off on their porch to eliminate in-person interaction.

“They can pay us and we can drop it off without even seeing the customer,” said Todd.

“Of course, we would love to see the customer but its a nice option for some people because we’ve had a few people who are self-isolating themselves since they have been on international trips.”

Because of the spike in orders, the couple had to switch their business operations from same-day delivery to only delivery on Tuesdays, Wednesdays and Fridays because it gives them time to pick up orders the day prior and deliver them first thing in the morning.

The couple said they’ve received extremely positive feedback from customers who find the option convenient especially during a time when safety concerns are skyrocketing.

“For a $10 delivery charge, it really seems to be quite a hit with a lot of our customers,” said Todd.

Dana said the business gets a lot of support from customers who want to support local farms but find the drive to the farms inconvenient.

“We’re from a small town. We know how important this is for farmers and for local small businesses for sure,” said Todd adding that many of the markets used by farmers have closed as a result of the pandemic leaving the farmers struggling to make ends meet.

“Those are our friends, our neighbours too.”