Salon says every situation is so new and it’s difficult to make judgement calls on what should and should not be allowed
Jun 29, 2020 12:12 PM By: Anam Khan 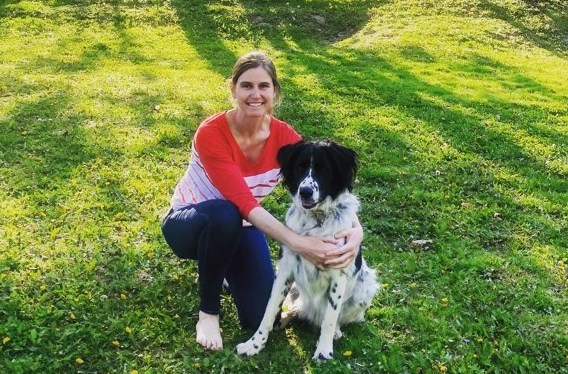 Update: Following the publication of this story, the owner of Bare Essentials said the business has updated its screening process to allow service to health care workers who treat COVID-19 patients. “I’m going to reach out to the client who was declined service so she knows what we’re doing to prevent something like this in the future,” said Laurie Hannoush.

A frontline Guelph nurse is upset and feels discriminated against after she was denied service at a local beauty salon last week because she works with COVID-19 patients.

The incident took place June 25 after Paige Winton filled out an online pre-screening form for Bare Essentials for a wax appointment. On the form, she indicated that she is a nurse who deals with COVID-19 patients.

Winton said the staff denied her service because she works with COVID-19 patients at the ICU unit in Guelph General Hospital.

“I replied back saying I wear PPE and we have protocols,” said Winton, who has not been sick or had any COVID symptoms.

She said the manager called Winton and told her she wouldn't be allowed in the shop because of her work around COVID-19 and potentially exposing the staff.

Winton said the manager told her to visit after quarantining for 14 days if she has been exposed to the virus, something Winton says is impossible to do because she needs to work.

“I feel discriminated against and kind of I’m hurt. I’m also like so much for healthcare heroes? I feel like we’re working so hard to take care of patients that are scared and now I can’t even get services like everyone else even though we obviously go through great lengths to protect ourselves, protect our families and people of the public,” said Winton.

“I just want to get a wax like everyone else.”

She said it’s hurtful when a business in the community refuses to serve you when it’s in the same community you're risking your life for.

“We take so many steps to make sure we’re not spreading it,” said Winton.

The situation raises questions about how the service industry can find itself in a difficult situation, wanting to offer services while at the same time maintaining safety of staff and customers.

Laurie Hannoush, owner of the Bare Essentials spa that Winton was turned away from, said that because salons had only recently been allowed to reopen, every situation is so new and it’s difficult to make judgement calls on what should and should not be allowed.

She said allowing service to someone who hasn’t been tested and works with COVID-19 patients is just not worth it.

“I’m not saying we’ll never treat her. We’re just waiting to see what public health says to do with a client like her,” said Hannoush.

She said the problem is the business doesn’t know clear protocols from Public Health.

“We don’t know what we’re supposed to be doing in a situation where somebody has had exposure. And my staff and clients are of the utmost importance,” said Hannoush.

“I would never want to put anyone’s health in jeopardy but also if my staff isn’t comfortable treating a client whos been in contact with someone who has had COVID-19, it’s not fair for me to say you have to do this.”

When contacted about the incident, Wellington-Dufferin-Guelph Public Health said that it would not support refusing service to frontline healthcare workers.

“Given the infection control protocols in place at healthcare facilities in our region, it would be very unlikely that they would be at greater risk to transmit COVID-19 than other members of our community,” said Danny Williamson, communications specialist at WDG Public Health.

“Salons are not required to screen customers, but if a salon or other establishment wants to screen people based on risk, it would best be done based on symptoms and exposure history rather than occupation.”

The RNAO said they have been hearing increasing cases of nurses and doctors denied entry to basic services because of their risk of exposure to the virus.

“Am I surprised? No. Am I disappointed and disgusted? Yes,” said Grinspun.

The association head said she remembers similar incidents during the SARS outbreak nearly two decades ago where colleagues called her in tears after being refused basic services.

“It’s discrimination against healthcare providers. That’s what it is,” said Grinspun.

“They should be worried about people without masks entering,” said Grinspun adding that asking questions about exposure makes no sense because it has been proven that many people are asymptomatic.

“If anything, healthcare providers know more about protection than anybody else. These nurses are protecting themselves more than others.”

Grinspun said incidences like this where people are refused services because of the risk of exposure that comes with their job opens doors to additional discrimination.

“You cannot discriminate against race, gender, profession, sexual orientation or anything. Close your shop,” said Grinspun, adding that denying services is making a decision that is poorly informed.

GuelphToday contacted four other Guelph salons. All said they accept customers based on symptoms and proper PPE protocols rather than risk of exposure.

“They’re willing to come in for a service, we don’t discriminate against it, no, as long as they are negative,” said Mina.

La Luma Salon & Academy said it absolutely provides service to nurses who work on COVID-19 patients as long as they follow safety protocols at work and wear a mask when they enter the salon.

The RNAO's Grinspun said the real issue lies in whether or not people wear masks.

“Is a person wearing a mask? That’s all you need to know,” said Grinspun.

Grinspun said people need to act on factual information and render services that are equal to everybody.

“When people are not well informed, they’re fearful or they just put a policy that makes no sense. Fear never leads to a good thing. Not at home, not at work and not in the street,” said Grinspun.

UPDATE: 10 new cases in Wellington County Friday, two in Guelph
Nov 27, 2020 11:08 AM
Comments
We welcome your feedback and encourage you to share your thoughts. We ask that you be respectful of others and their points of view, refrain from personal attacks and stay on topic. To learn about our commenting policies and how we moderate, please read our Community Guidelines.