Between Sept. 8 and Nov. 20 a total of 40 school-related cases of COVID-19 were reported to Wellington-Dufferin-Guelph Public Health, but very few of those cases spread within the schools
Dec 5, 2020 10:00 AM By: Kenneth Armstrong 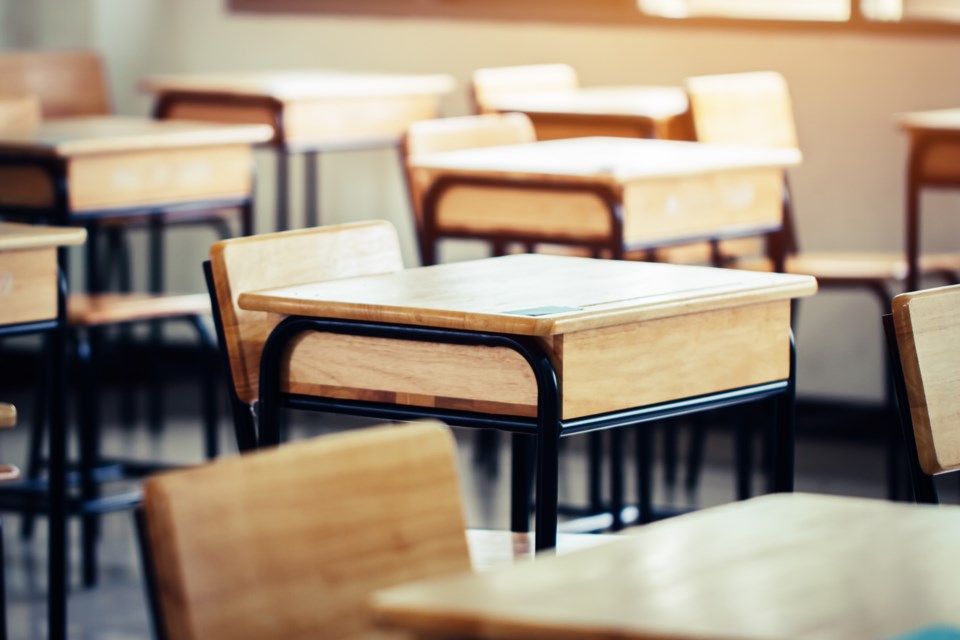 A recent Public Health report says there have been few cases of COVID-19 spreading from student to student and that local schools have not been a hot spot for the disease.

The measures put in place to keep students safe have so far been effective with very few cases in the schools, said Dr. Matthew Tenenbaum, associate medical officer of Health for Wellington-Dufferin-Guelph Public Health in a recent phone interview.

“Overall it’s been a real success story and has not been the kind of risk environment we were worried that it could be,” said Tenenbaum. “We have been very fortunate as a community in that sense.”

Tenenbaum said it is Public Health’s experience that schools have not been a hot spot for COVID-19 transmission.

In general, the measures that have been put in place have been working to keep staff, students and others in the school safe,” said Tenenbaum. “When we have a case of COVID-19 we have a fairly strict protocol where we very quickly make sure we figure who that staff or student case is, figure out who is in their cohort with them and, in general, we send the entire cohort home to isolate.”

Between Sept. 8 and Nov. 20 a total of 40 school-related cases of COVID-19 were reported to Public Heath. Thirty-four of those cases involved students and six affected staff from a total of 24 schools.

Of those 40 cases, only four school outbreaks were reported, in which at least one individual acquired their infection at school.

“In general most of the cases we have found at the schools has been one case where we respond and find nothing else, so the school can resume its activities when everyone is done isolating,” said Tenenbaum.

All four of those outbreaks have since been declared over and Public Health said that reflects schools are doing a good job of implementing appropriate public health measures.

Speaking anecdotally, Tenenbaum said the majority of cases have been in the elementary schools.

Because there has been so few cases locally, Tenenbaum said it is difficult to tell with certainty if the different learning models have had an effect on case count. In the region, most elementary school are in session all day, while secondary schools tend to have students attending only part of the day.

He said it is possible when more data is collected from across the province that question may some day be answered.

A lot of work was put in by Public Health and the school boards in the months schools were closed in the spring and summer to develop protocols for things like the use of personal protective equipment and physical distancing.

“Our schools have had to prepare in ways they haven’t ever had to before,” said Tenenbaum. “As we were entering the fall we were doing our best to prepare, hoping for the best but preparing for the worst, thinking about what could happen if we did have significant transmission among students, if we had a high number or outbreaks or had to close schools.”

Tenenbaum said, with a few exceptions, those protocols have so far proven effective.

“It’s been a good news story from our perspective,” said Tenenbaum. “There has been a lot of work on our school partners and we partly wanted to put the report together to commend them on their work and also recognize the big burden it has put on parents and families.”